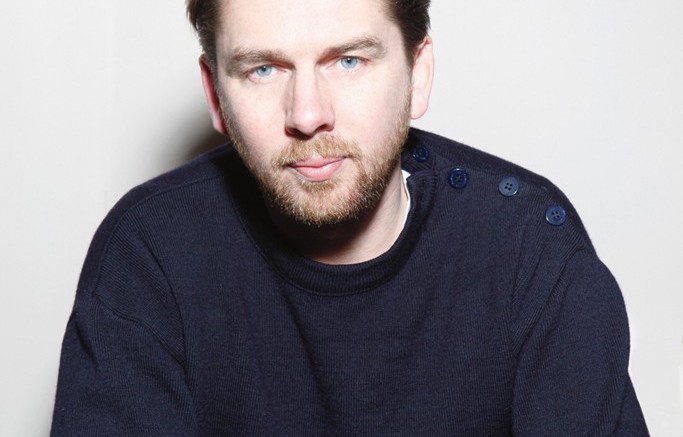 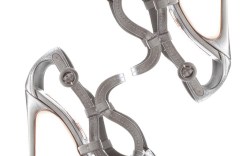 Rupert Sanderson never planned to be a footwear designer. It was only after an ill-fated career in advertising that he decided to pursue the career.

But 10 years after launching his eponymous line, he is now firmly planted in the shoe industry. Not only has he established a high-end label, but Sanderson has built a vertical business as well. He owns a factory outside Bologna, counts stores in London, Paris and Hong Kong and has a solid wholesale business, particularly in his home U.K. market.

“Rupert’s talent is in designing and then literally building a shoe that is as comfortable as it is lovely,” said Ruth Runberg, buying director at London-based Browns. “As a buyer, I know there will never be fit or quality issues, which is a rare thing for shoes, even at the luxury level. Rupert’s shoes are truly an investment.”

Now the designer, known for his classic, elegant styles, aims to make a bigger push into the U.S. market, where he has 30 wholesale accounts, including Saks Fifth Avenue.

At the top of his agenda is creating more buzz: He has imminent plans to hire a public relations agency to raise his profile on the West Coast. “We also want to get a better spread of cities in the U.S. and are looking to expand in Chicago, Dallas,

San Francisco, Los Angeles and Miami,” Sanderson said during an interview in the showroom above his shop on London’s Bruton Place. On a creative level, Sanderson said the future will also be about refining his signature look.

Here, Sanderson talks about turning 10 and the lessons he’s learned along the way.

How has the high-end footwear business changed since you started?
RS: The industry has grown in terms of value, and that’s largely due to Jimmy Choo and Christian Louboutin. [The] big brands, such as Alexander McQueen and Burberry, are [also major footwear players now]. They have distribution networks, big wholesale businesses, stores — and the press.

What do you consider your greatest achievement over the past decade?
RS: That we have created a miniature model of a fashion business. We have a bit of everything — manufacturing, stores, franchise locations, a website — and now we need to decide whether we are a retail business or a wholesale one, a franchise business or an online one. We need to work out where we concentrate our efforts.

What are some of the rude awakenings you’ve had as a designer, businessowner and entrepreneur?
RS: Sept. 11, 2001. It happened at a very early stage in my business. I got my first collection together and was taking it to America and then suddenly — bang — you realize actually there’s a real world out there. Americans then wouldn’t travel, and I realized it was going to be a bit more difficult than I had thought it was going to be, that I was going to have to work really hard doing trade shows and just putting in the miles in terms of the product.

Tell us about some of the other challenges of building a high-end luxury shoe label.
RS: [When I started], I hadn’t come from Central Saint Martins or known all the people “in the know.” I had no introduction into the fashion press. You have to really earn your spurs. You can make shoes and you can understand the mechanics and the factory processes, but then getting them exposed was quite a big thing.

How did you do it?
RS: I just picked up the phone and said, “Can I come see you?” You just go and see them, take them out for a cup of tea, and time goes by and it just takes time. If you arrive too quickly, you are in danger of burning out. I have taken it relatively slowly and am still around, and that is quite important.

Describe your design approach.
RS: I like making things spare — or removing things rather than adding them — and getting the line right so that it fits really beautifully on the foot. [It’s about doing] the most with the least.

Funding is a huge issue for many designers. You have a silent partner with whom you have a close working relationship.
RS: It’s a very useful discipline to have someone who treats your business like a real business and expects it to be. They have got money invested and they want to see a return on that. And they want to track it and direct it. [My business partner] is a good, successful entrepreneur who applies discipline to this business, and it is very good. At the end of the day, we have to pay peoples’ salaries; we need this to work as a proper business.

In 2007 you bought the factory outside Bologna that made your shoes. Had you ever planned on owning a piece of your manufacturing?
RS: It was not in the plan, but like a lot of people, I developed a very intimate relationship with my factory because I was so reliant on it. It’s so consuming. You spend so much time there and you desperately try to get things to happen and are utterly reliant on other people. You are chasing up all the components and making sure all the soles fit the last. When the factory ran into trouble and the manager with whom I had been working suggested I buy it, suddenly I thought, “Geez, if we pull that off, that would be fantastic.”

How has the manufacturing process changed since you started? Can you do more today?
RS: At the end of the day, beautiful leather is beautiful leather and it has a sort of wonderful tactile property that just can’t be beaten. It is still so much about hand and eye and the tactile qualities of the materials you are working with. The basic principles have stayed the same, and you know the handwork of the 1950s is still quite hard to replicate.

Would you consider new product categories?
RS: Without jeopardizing the core business or confusing people, it’s worth considering because we have shops and distribution. Someone like Pierre Hardy has done a very good job at it. He is very distinctive; there is a very singular identity to his bags. And I like that model, of doing it once and then recurring it at different times rather than it being a seasonal bag collection with a signature bag. That might be something we could consider. But apart from that, I’m not going to be doing other things like belts or sunglasses just yet.

What are some of your other future goals?
RS: It would be great to open three or four more stores because I like to be in control of the environment. Creatively, I still am ambitious. I still have great ideas and I want to be working with interesting people. I have done every single shoe from scratch in the last 10 years. Maybe it would be nice to share it around a bit, get someone else involved, someone with a fresh pair of eyes who can become creative director.