One to Watch: Adam Sirak 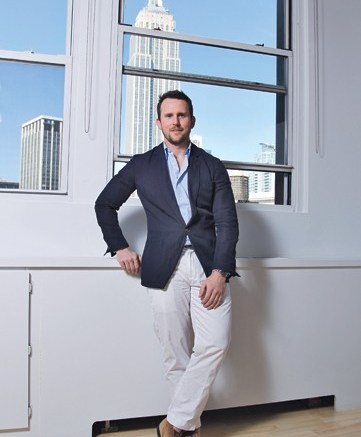 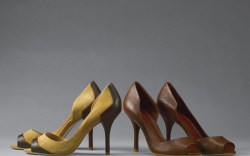 After a decade in sales at some of the industry’s biggest players, plus a stint at New York’s Fashion Institute of Technology, Adam Sirak is finally ready to create his dream luxury footwear brand.

Sirak’s self-financed label, aptly called Sirak, debuted for fall ’11. The line is manufactured in Brazil to keep price points at $225 to $500, for a range of styles such as T-straps, booties, classic pumps and d’Orsays. While he drew inspiration from interior designer Jean-Michel Frank, focusing on clean lines and sumptuous fabrics, Sirak said he was first and foremost inspired by his future customer. “I think about her needs, her lifestyle, how she is going to wear it,” said the designer, 31, of the woman who wants to look sophisticated, but at an accessible price.

The collection has been sold into 20 points of sale domestically, and Sirak, who will show at FN Platform this summer, plans to expand internationally for spring ’12.

Already, retailers have been positive.

“He is very focused on having a feminine, modern shoe for a chic woman,” said Bruce Greenberg, owner of Coplon’s, which picked up the new collection. The 40-year-old luxury boutique, with three doors in North and South Carolina also stocks top labels including Valentino, Christian Louboutin and Jimmy Choo. Though Sirak is a new name, Greenberg said he is confident the designer can keep up with such big players. “He’s been in the business so long [that] he has such an insider’s feel for it and he knows what women want.”

That understanding comes from a decade of sales experience on leading luxury accounts such as Moschino and Narciso Rodriguez at Aeffe, BCBG and Salvatore Ferragamo. “Everything I’ve done in my career has been premeditated,” said Sirak. “I knew if I was going to properly express my creative vision and do it with any degree of longevity, I would need to learn how the business works.”

And he did. After cutting his teeth in sales, Sirak enrolled in the accessories design program at FIT (while still full time at Ferragamo) to refine his vision and find a niche in the market for his would-be line. After deciding on a sophisticated and polished aesthetic, the designer also vowed to create a luxury label at an accessible price point. Sirak said he felt customers in the contemporary and very high-end markets were already faced with a flood of brands. “There are a lot of people doing it, and they’re doing it well. That’s just not for me,” he said.

Betsy King, shoe buyer at luxury boutique Balliets in Oklahoma City, said the line will be a good fit for her customer. “The Balliets girl is fashion-forward, looking for that update to the classic silhouette. Sirak will be a great match for her,” she said. “I love that he is composing his collection with core silhouettes that are both fashionable and wearable with a great price point.”

As the pieces of his plan came together, Sirak resigned from Ferragamo last fall to completely focus on his own brand, though he stayed on as a consultant until recently.

And while the label hasn’t yet been picked up by any high-end department stores, Sirak used his industry pull to get feedback from Neiman Marcus, Saks Fifth Avenue and other specialty stores. The designer admitted he wasn’t surprised they didn’t jump on his very first collection, but said he believes it won’t be long. Nonetheless, he added, he knows finding success takes more than a powerful contact list.

“The sales background has been great because it’s gotten me in the door, but ultimately, it comes down to the product,” he said. “Nobody buys shoes from me because they think I’m a nice guy.”

Adam Sirak
Age: 31
Hometown: Miami
Current location: New York
Role model: “I have a great respect for Mr. Blahnik. Each shoe is almost like a fairy tale, and he brings a lot of joy to his work.”
The sales pitch: “I have a fresh take and voice in the industry, and it’s not just because I’m new. The proposition is fresh. Sirak is modern, wearable, world-class and accessibly priced.”