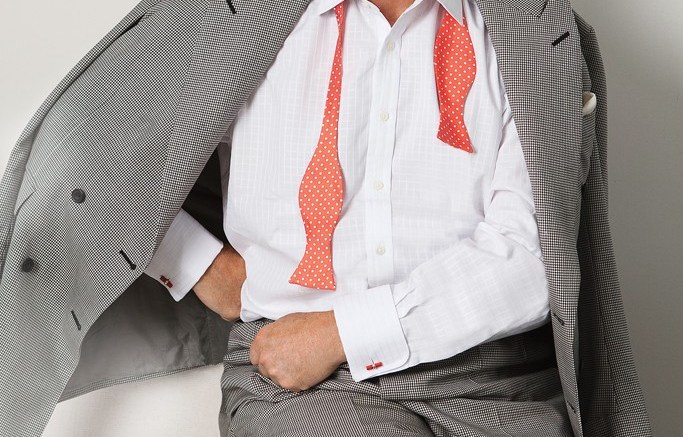 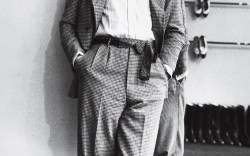 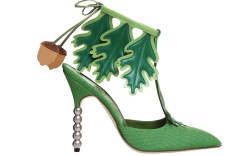 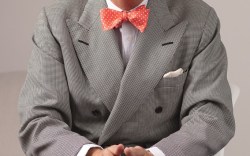 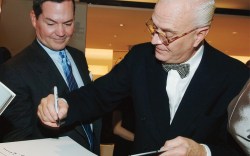 On July 5, 1973, Footwear News featured a sexy Manolo Blahnik high-heel sandal on page one, calling it “the most talked-about shoe in London.” It was the fledgling designer’s first big splash in this publication.

Nearly four decades and many FN covers later, the now-fashion legend still has everybody talking.

“I’ve never really thought about my success, but I guess it’s true. I have been going for a while,” said Blahnik, who is known for his humility as much as for his humor. “Suddenly, people seem to really like my shoes again. But you know, those furniture shoes were fashionable for three or four years. I did platforms in the 1970s, so that wasn’t new to me. I’ve never followed trends or gotten into the frenzy of doing the ‘right’ shoes.”

Blahnik has been doing it his own way since the beginning. Fiercely creative and constantly curious, the designer has built a world-famous brand by sticking to a surprisingly simple formula: designing feminine, elegant, high-quality footwear season after season. He has always been much more concerned about crafting the perfect shoe than courting the “it” celebrity.

The designer, 68, still creates every single shoe himself. He’s an ardent supporter of made-in-Italy and spends the bulk of his time at his factories there, overseeing the production of the label’s hand-made designs.

“I’m never satisfied. I always find something wrong, and I’m really difficult to work with in that respect,” said Blahnik, who noted that even the smallest flaws still send him into a tailspin. “Just today, I was looking at a shoe [here in London], and there was a fault, so I called the factory and told them to do it again.”

While he’s a self-admitted perfectionist about his designs, Blahnik doesn’t get consumed by the details of the business. He’s never been interested in tracking sales or hatching expansion plans — and he’s refreshingly unaffected by money and fame. He often shuns the spotlight and self-promotion, preferring to focus on what really matters to him.

“I love three things: reading, doing my shoes and seeing movies. Those are the things I could never do without, never get bored with,” Blahnik said a few weeks ago. He excitedly discussed his silent-movie obsession and ticked off his current reading list, which includes a new book about Diana Vreeland, the renowned Vogue editor who encouraged Blahnik to become a shoe designer after admiring his unique sketches for the first time in 1970.

Forty-one years have passed since that fateful meeting with Vreeland, but Blahnik said it often feels like he just started.

“I’ve never been able to capture the essence of time. I really enjoy what I do, so what’s the point of saying how long I’ve been doing it?”

While his vision has remained unchanged, Blahnik has noticed a dramatic shift in the luxury-footwear business. It’s never been hotter, he explained, and everyone seems to want a piece of the action. But the landscape was much different when he first arrived on the scene.

“In many ways, Manolo started the designer shoe business. That’s very powerful,” said Karen Katz, president and CEO of The Neiman Marcus Group. “He set a new standard and forced the design and aesthetic of shoes to a new place. And for the past 20 years or so, everybody has been rushing to catch up to him. It took a couple of decades for people to recognize that this was a business. They could just design shoes and not have a big house of names. Manolo gave them the courage to do that.”

“When you think about all the Nicholas Kirkwoods and Christian Louboutins and all these brands, who do you think opened the door for all of them?” added Ron Frasch, president and chief merchandising officer at Saks Fifth Avenue. “Who showed them how to put their shoes on the runways? Who paved the way with a celebrity following? That was all Manolo.”

Indeed, Blahnik helped get shoes in the spotlight long before they were considered must-have items.

“I loved what Manolo was doing so much that I asked him to work on shoes with me for the runway [in the 1980s],” said Calvin Klein, one of the many major ready-to-wear designers Blahnik has worked with over the years. “I would show him sketches and fabrics and colors, and he always created shoes that caught the essence of the clothes. He was fantastic at doing that. We just worked together for a few seasons, but we had a lot of fun. The shoes were perfection.”

Nothing was more perfect than Blahnik’s star turn in “Sex & the City,” which helped catapult him to superstar status in the American market. While the designer said he never really understood all the hype, he continues to benefit from the buzz surrounding the series — which is attracting a new, younger audience with its television reruns and the recent films.

A fan recently tweeted: “Would I trade my firstborn for the Manolo Blahnik [blue-satin bejeweled pumps] from the first ‘Sex & the City’ movie? I’ll have to see what the child looks like.”

That cult consumer following has helped Blahnik become a celebrity himself over the years. He often tells the story of the female fan who asked him to sign her leg and then made the inscription permanent with a tattoo.

“My son asked me the other day if I worked for Manolo Blahnik … because I have so many pairs of his shoes,” said Daniella Vitale, chief merchant and EVP at Barneys New York. “From what other designer would you remember buying your very first pair — 21 years ago, and I still have them — and still be buying them today? I admire Manolo for never deviating from who he is. He’s a legend himself, but I don’t think any other collection of shoes can tell a story quite like his.”

Blahnik, who has now designed an astonishing 30,000 shoes, agreed, and he seems to get more energized about his work with the arrival of every new season. “Oh, the [fall ’12] collection is so beautiful,” he said in his almost-musical voice. “I’m so lucky. I just love what I do!”

His first design job: “Growing up [in the Canary Islands], I grabbed any animal walking around and made them shoes with silver foil. I had a fox terrier and made shoes for him. I made them for lizards. I’ve always had a fixation with limbs.”

His alternate career choice: “My mother wanted me to be a writer. Or I would be directing movies or dressing them up. But it’s too late for that now. Maybe later, I can do my memoirs. But that would be so tiring!”

Some of his favorite ladies: “Paloma Picasso, Bianca Jagger, Tina Chow, Loulou de la Falaise. They’re ‘my time’ girls. I was so sad [when Loulou died this month]. She used to come into the store and try things on. I remember going to her wedding, too. We had such an amazing time.”

His happiest moment: “I’ve had millions of them. The greatest fun moment of my life was when Juan Carlos I, the king of Spain, gave me a wonderful award in 2002. I went to the palace, and it was great fun.”

The best film of all time: “My favorite is ‘The Leopard’ with Burt Lancaster and Claudia Cardinale. It was so beautifully done. I have a list going of many other favorites. I love Italian movies, French movies, Spanish movies. You know what I really love now? Silent movies.”

“Manolo and I became fast friends, and that friendship has just gotten stronger over the years. It can be like a very strange marriage, and it’s volatile at times. But we’re always very honest with each other. … I think Manolo is often misunderstood. He can be very flamboyant and boisterous, but [underneath], he’s this shy, sensitive guy. His greatest virtue is his humility. I’ve always applauded him for that.” — George Malkemus

“He’s just a dream. Manolo has lifted so many women out of the doldrums and given them glamour and glory and shoes that don’t hurt. He brings everything to the party. He’s just a fantastic human being with a great sense of humor.” — Bette Midler

“On my list of creative geniuses, Manolo is at the top. He broke the mold. I’ve never seen a mind work like that before. He always has a thirst [to discover something new]. We were taking a walk through the shop recently, and he was bouncing up and down, pointing at things and asking, ‘What’s this, what’s that?’ He’s never lost that sense of curiosity.” — Ed Burstell, managing director, Liberty

“I’ve been an avid collector of Manolo’s shoes since I first slipped my foot into one of his exquisite creations. I was over the moon when he agreed to design my wedding shoes.” — Kate Moss

“Manolo is just one of those beautiful people who’s a joy to be around. When ‘Sex & the City’ started, I knew that Sarah Jessica [Parker] liked Manolo’s shoes, so we went to him and got a bunch. We both loved working with him. He was there from the beginning of the series, when no one knew how popular the show was going to be.” — Patricia Field