Launch of the Year: Rachel Zoe 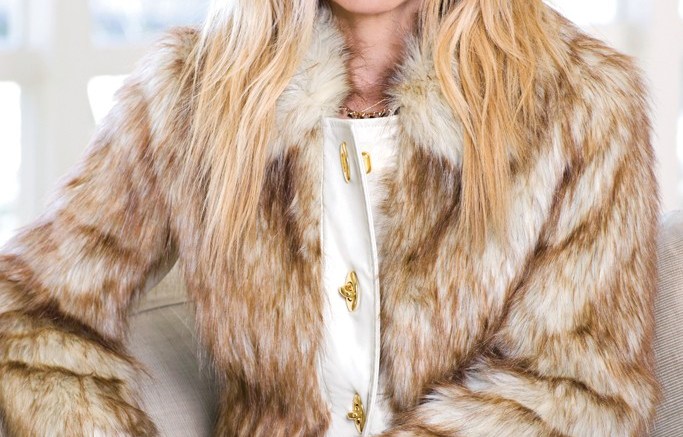 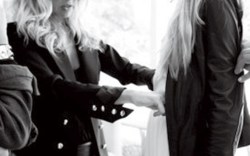 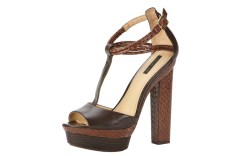 After years of dressing celebs in other designers’ labels, Rachel Zoe broke out with her own namesake line of footwear, apparel and handbags for fall ’11, much to the delight of fans, consumers and retailers.

“Here’s a woman who has seen the best fashion in the world, has her own vintage archives and has personal style,” said Neiman Marcus SVP and fashion director Ken Downing. “You add all that together and it’s phenomenal.”

The stylist-to-the-stars leapt into the world of fashion design along with husband Rodger Berman, who joined the company as president in 2009, and documented much of the process on her hit reality series, “The Rachel Zoe Project.” She partnered with LF USA to create a glam, 1970s-inspired contemporary line she calls on trend but not trendy.

“For me, it’s about doing a very diverse collection — having an amazing ankle boot, an incredible strappy wedge — something for everybody,” she said of the styles, which retail for $195 to $395 for shoes and $425 to $695 for boots.

Launching three product categories at once was no easy feat, but Zoe said she wouldn’t have it any other way. “As a stylist, it’s always been about a lifestyle, and you can’t achieve that without having shoes and handbags,” she said.

So far, going full throttle seems to be worth the risk. Zoe’s inaugural collection was picked up by major retailers at home and abroad, including Neiman Marcus, Bloomingdale’s, Nordstrom, Saks Fifth Avenue and Selfridges. With the launch such a hit, she quickly doubled her offerings for resort and spring with a variety of heel heights and new constructions.

“Right out of the gate, Rachel has a certain credibility that a customer who loves fashion responds to immediately because she already has the fashion authority,” said Bloomingdale’s fashion accessories director Brooke Jaffe. “She’s earned her stripes.”

Michele Love, national merchandise manager for designer shoes at Nordstrom, agreed: “Each silhouette is edited and editorial, but more importantly, it’s done in such a way that it is absolutely wearable and integral to ready-to-wear for the season.”

Zoe is also a success online, said Shopbop.com DMM Darcy Penick. “The collection is a true testament to Rachel’s style and her sensibility as a woman who loves to dress up, but who also understands the importance of balance between the aesthetic and the wearability,” she said.

And Zoe’s celebrity clients — who include Hollywood A-listers such as Eva Mendes, Jennifer Garner, Kate Hudson and Cameron Diaz — are also big fans of the fledgling designer.

“I’ve always admired Rachel’s style,” said Mendes. “She’s a real, true individual, and I’m thrilled that she’s finally doing what she was born to do: design.”

Garner, who has been styled by Zoe for almost a decade, lauded her abilities. “Rachel is such an artist when it comes to styling and designing,” she said. “She has an incredible eye that I’ve been lucky enough to have dressing me, and it’s about time that she share her design talent with everyone.”

Zoe admits she’s still learning about the business and is grateful for her footwear mentor and partner, Larry Tarica, co-president of Jimlar Corp., a division of LF USA (and a fellow FNAA honoree).

Tarica is equally enthusiastic about the partnership. “We are appreciative of this terrific opportunity to work with her,” he said. “Rachel is not only talented, with a clear vision and point of view, but she is open-minded and extremely collaborative.”

Now, Zoe and Berman said, they hope to build on the brand’s momentum. Additional product categories are on the horizon, with jewelry, small leather goods and cold-weather accessories expected next.

“We’ve been working on this for 18 years,” said Berman of Zoe’s foray into the fashion industry. “She worked hard to get here, and I’m working hard to keep her here.”

Zoe concedes that while the collection’s success has exceeded her expectations, she often finds the experience surreal. And she, too, is determined to keep her brand on top. “The fact is, you’re only as good as your last collection, and it’s great that everyone loves it, but I have to keep it up, and every collection needs to be better,” she said.

Designer and close personal friend Brian Atwood, who is also honored this year with an FNAA Launch of the Year award, is confident that won’t be a problem. “If she asked for [my advice on designing], of course I’d give it,” he said. “But she totally gets it.”