Launch of the Year: B Brian Atwood 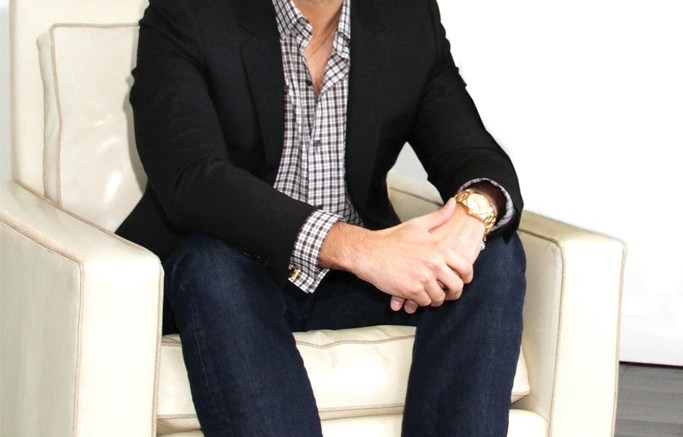 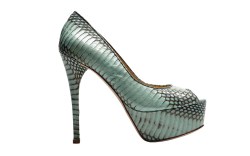 Brian Atwood has scored again as his second line is already making waves in the contemporary footwear market.

“It’s been amazing to see the vision I have for B Brian Atwood fully [materialize], and for my designer business [to grow] at the same time,” said Atwood.

His lower-priced line has been a hit at department stores this year, according to The Jones Group Inc., which owns the label, and retail execs attribute the line’s quick success to the designer.

“Brian Atwood’s aesthetic and fashion point of view has appealed to our customers in all markets. When we first saw the new B Brian Atwood collection, we knew he [had] tapped into something our customers [were] searching for,” said Cody Kondo, SVP and GMM of accessories at Saks Fifth Avenue.

Debbie King, VP and DMM of women’s footwear at Bloomingdale’s, agreed, noting that the store is adding more depth and breadth for spring ’12. “B Brian Atwood stands apart from other brands on the floor. Color, sexy high heels, interesting materials and ornamentation [are what excite the customer],” she said.

At Neiman Marcus, styles such as the tricolor platform heel and the silver shimmer platform pump have flown off the shelves, said Ken Downing, SVP and fashion director. “[It’s] fantastic fashion at a fantastic price, with all the style that Brian brings to all his collections,” he said.

And in Hollywood, Atwood is gaining an even larger celebrity following as actresses such as Selma Blair and Emma Roberts find the new collection just as red-carpet worthy as his eponymous line.

Blair, who wore the B Brian Atwood metallic Liese style to AmfAR’s Inspiration Gala in Los Angeles last month, said, “I couldn’t leave the party because everyone wanted to know who made them. I love that the lines are clean and elegant, but the iridescent material is really what makes them special.”

All in all, 2011 has been a fulfilling year — both personally and professionally — for the designer, who cited his August engagement to Jake Deutsch as the highlight of his year.

And having also won Designer of the Year at last year’s FNAAs, Atwood shares this award with one of his best friends, Rachel Zoe, who considers herself “the unofficial spokesperson for Brian Atwood shoes. We’ve always been each other’s biggest supporters, [and] to be honored [together] is a dream for both of us,” she said.

Atwood said he was shocked at how well the new line has performed since debuting in August. “The fact that it’s selling through is just the best part,” he said. “I go online every day to check it out. We’re doubling the doors [going forward]. We want to keep distribution relatively tight [so we can] really build the business.”

Parent company Jones has singled out the line as a growth driver.

“B Brian Atwood has been the No. 1 contemporary shoe launch this year at Saks, Bloomingdale’s, Neiman Marcus and Nordstrom. Positive retail reception is accelerating expansion of the brand into additional stores for fall ’12,” Richard Dickson, president and CEO of branded businesses at Jones, said in a call with analysts last month.

Looking to 2012, Atwood said, “The B Brian Atwood business will at least double next year. With the potential and energy that we have, we could easily do that.”

Atwood also is looking to grow the brand by expanding product categories — jewelry and handbags are already in development — and taking it overseas.

“I would say in the next year [we’ll launch] somewhere overseas, even if just with select retailers. Europe [may be first] because of my presence there already [with the main line],” he said, adding that the next target would be Mexico and the rest of South America, followed by Asia.

Meanwhile, the core Brian Atwood business continues to grow despite global macroeconomic headwinds, logging a 57 percent year-to-date increase over 2010, according to the company.

The designer said he will continue to make sexy high heels that are accessible across a range of price points. It’s all part of his goal, he explained: To make his name synonymous with “anything that puts a huge smile on a woman’s face and gets her an extra whistle walking down the street.”