Footwear at the Emmys 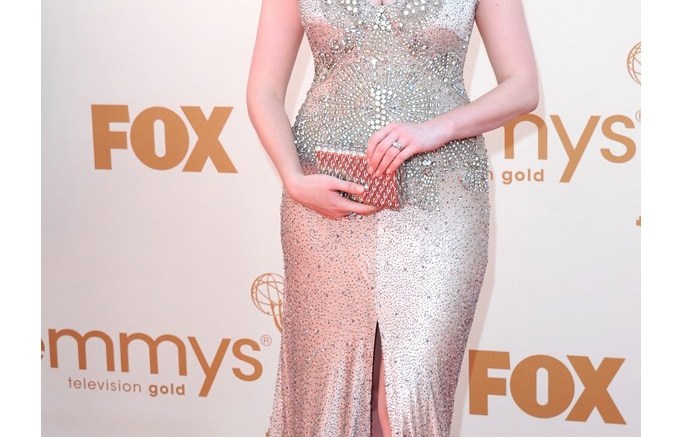 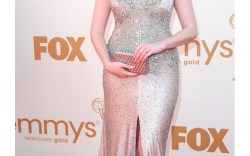 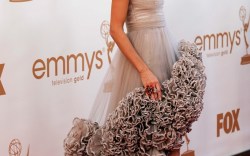 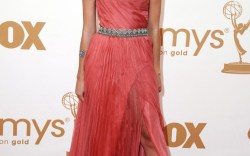 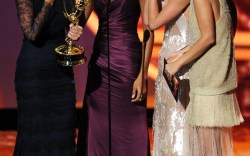 Ball gowns and red dresses reigned yet again on the red carpet, but a few ensembles at the 2011 63rd Primetime Emmy Awards provided a peek at the shoes.

Designer footwear crossed the gamut, but Brian Atwood had a strong showing. Nina Dobrev of “The Vampire Diaries,” film actress Emily Blunt and Cobie Smulders of “How I Met Your Mother” all wore Atwood’s Wagner pumps in gun-metal and silver. Anna Paquin chose the Maniac pumps in black satin, while Lena Headey of “Game of Thrones” chose the same style, but in standout pink pony hair.

And looks from Christian Louboutin were once again prominent at the awards (hosted by “Glee” funny woman Jane Lynch). Christina Hendricks of “Mad Men” sported a pair of the designer’s metallic strappy sandals, while Heidi Klum chose crocodile pumps with the red sole.

It was also a big night for the “Modern Family” cast, who walked away with the award for Outstanding Comedy Series. And one of its stars, Sarah Hyland, donned a pair of satin platform pumps by Giuseppe Zanotti.

The men of the evening didn’t slack on their style, either. Several stars wore looks from Brook Brothers, including Andy Samberg and Paul Giamatti. While Adrian Grenier and Kevin Dillon of “Entourage” both wore looks from Ron White, while presenting on stage. And the Canadian Tenors, a group of four vocalists who performed “Hallelujah” during the show, also sported shoes by White.