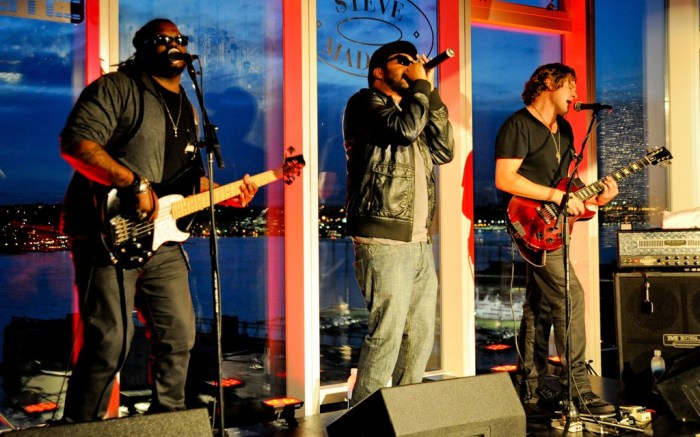 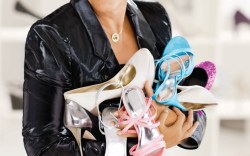 Almost Famous
Being a star can take some getting used to. Memphis, Tenn.- based hip-hop group Freesol, which was discovered by Justin Timberlake, told Spy about how the “Friends With Benefits” star is prepping the crew for celebrity stardom. “We were at PF Chang’s a couple days ago and a bunch of fans followed him in and started watching us,” said Free, frontman of the group. “He just told us to make sure we were ready for that type of fame.” Freesol’s debut album is set to release this fall, and the band gave audience members a taste of the tracks at Steve Madden Music’s final summer concert of the year this week. “Our music is a little bit of everything,” he said. “You’re either going to love it or hate it.”

Money Talks
Financial guru, television host and author Suze Orman, who was tapped as the FFANY Shoes on Sale spokesperson, is getting out her message about breast cancer, with a series of print and television PSAs for the 18th annual event sponsored by QVC featuring the tagline “You’re approved to fight breast cancer.” And Orman is confident about her ability to help the annual event. “If I can help a cause by also appealing to people’s desire to want to buy shoes, I’m here to tell you we are then walking in the right direction,” she said. “It’s a perfect fit for what I truly believe in.”

Winning Hand
To kick off the week of FN Platform, Two Ten Footwear Foundation will host a re-launch event of its Las Vegas WIFI chapter. Tina Aldatz is celebrating Foot Petal’s 10th anniversary and instead of a raging party, the president and founder will donate $10,000 to establish the Two Ten WIFI Endowed Scholarship. “In lieu of excess calories and consumption of alcohol, we have chosen to share the moment with each other at the WIFI event,” she quipped. Elsewhere, Pastry will have a party of its own Monday, with celebrity guests such as musician Cody Simpson and Stephen Baldwin with his daughter Hailey, who starred in a music video for Simpson. Familiar faces and brand heads Vanessa and Angela Simmons will also be there.