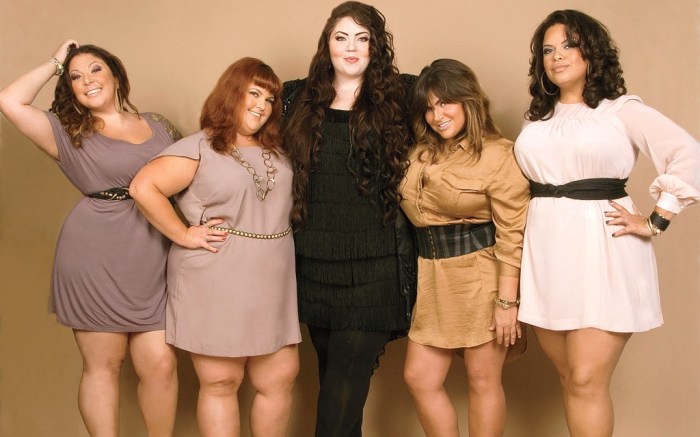 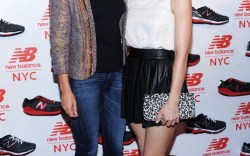 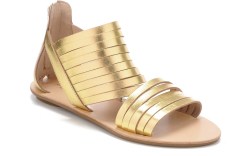 Plus One
Watch out, runway models. The ladies of TLC’s new three-part series, “Big Sexy,” are making a plus-size impact on the fashion industry. The show follows five real women as they aim to prove that true fashionistas come in different shapes and sizes. And the stars told Spy that wearing show-stopping footwear is a must in their respective careers. “Footwear can set the tone for an outfit,” said Leslie Medlik (above, second from left). Both Nikki Gomez (far left) and Tiffany Bank (far right) named shoe labels Jessica Simpson and Steve Madden as favorites, but Medlik added that finding footwear isn’t always easy. “Many plus-size women have wide feet,” she said. “As a New Yorker, I walk everywhere.” Despite these extra measures, “Big Sexy’s” curvy women don’t let anything stand in their way on the series (which airs at the end of this month). “I love sexy shoes and have quite the collection,” Gomez gushed.

Shop Around
There’s been plenty of noise surrounding the opening of the New Balance Experience Shop, and not all of it came from the drummers playing at the ribbon-cutting Thursday morning in New York. At the pre-party the night before, President and CEO Rob DeMartini and other NB execs mingled with celebs including “Captain America” Chris Evans, model Molly Sims and “American Idol” Katherine McPhee. And the next day, more than 200 people — by Spy’s count — were waiting in line for the store’s 10 a.m. opening in the Flatiron District (some of the early risers arrived at 1 a.m). Also on the scene were the first winners of the brand’s phone app contest, which rewarded players with free limited-edition kicks and a chance at towing home a gold baton worth $20,000. And the potential to win provoked many to skip out of the office. “We work for a marketing firm,”said a pair from the winning group, “so this is research!”

Go Getter
Jessie Randall is always on the go. “The vast majority of my life is spent running after my kids or hanging out with friends on the weekend,” said Randall, president and creative director of Loeffler Randall. “I am at the park or going to the pool or shopping for groceries.” Designing for women like herself, Randall is launching Heart LR, a capsule collection for spring ’12 featuring nine styles of beach sandals and clogs at a lower price point of $175 to $345. “I live in clogs and sandals in the summer,” said Randall. “I’m going to be [wearing] them from home to the office and back again.”