FN Spy: Styling ‘Pan Am’… Spike Lee Is Back 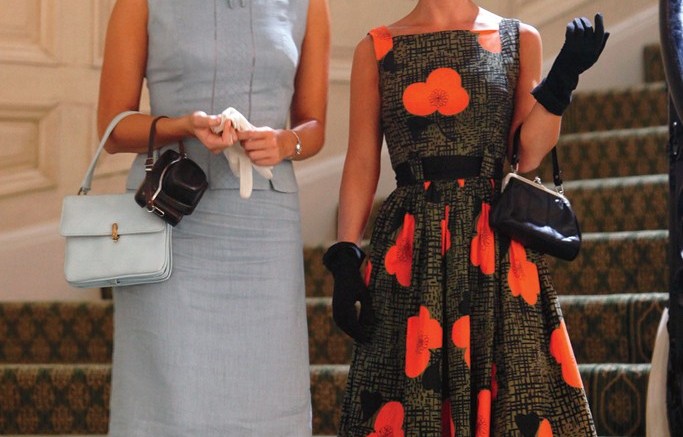 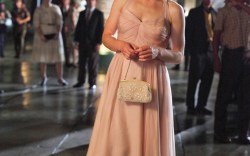 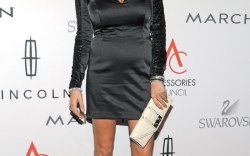 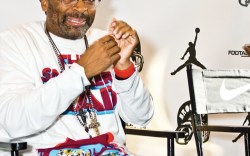 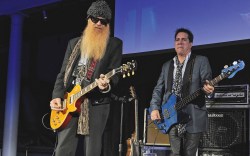 Taking Flight
In the spy-versus-spy world of ABC’s “Pan Am,” things aren’t always what they seem, but costume designer Ane Crabtree does try to stay true to the vintage footwear styles of 1963, the setting of the period drama.

Still, the show also features modern looks from a diverse roster of brands.

Here, Crabtree sounds off on injecting a little of her own style into each of the characters and her dream shoes for the show.

How important is it to have authentic vintage shoes for the show?
“I would say we probably do about 80 percent to 85 percent vintage shoes. But the [shooting] schedule is so harsh, and here in New York, we’ve had everything from over-100-degree heat to pelting snow and rain. So oftentimes, we’ll start with vintage [shoes] and then they will get so trashed that we have to [change] to a shoe that looks period, maybe something with a kitten heel or really pointy toe or a beautiful skimmer flat.”

What are your go-to brands?
“The range is huge. I have to say Nine West has been really helpful in terms of our stewardess shoes. [We also use] really classic Ralph Lauren [styles] and Manolos. In the summer, we did espadrilles and flats from Urban Outfitters.”

How do you design in the period but also for the specific characters?
“All four ladies have a piece of my own way of dressing in them. Kate (played by Kelli Garner) is very Ralph Lauren and man-tailored, and her colors are very complex, with camels and rust and forest green. I love Laura (Margot Robbie) because she is so young and fresh and does that beautiful icy-pastel 1960s thing so well. Colette (Karine Vanasse) is the fashion maven in me who loves a more subtle color palette, a more European sensibility of understatedness, but is still high fashion. Maggie (Christina Ricci) is the wild, adventurous spirit in me that loves something outrageous.”

Have designers or fashion houses opened up their archives to you?
“Not yet. My dream is that Balenciaga or Yves Saint Laurent would say, ‘Hey, how about taking a look at these pieces?’ That would just be amazing since [the fashion legends] were designing in the 1960s. We’ll see what happens.”

’Tis the Season
This holiday season will be a busy one for new mother Rebecca Minkoff. Later this month, the designer plans to take her first vacation since having her son Luca and will be traveling to Puerto Rico for five days. Minkoff said she’s also looking forward to the release of the U.S. version of “The Girl with the Dragon Tattoo.” After reading the trilogy and seeing the Swedish films, she definitely considers herself a fan. “I love [the story],” she said. “And I think [the director] is going to take the film in a completely different direction, which will be fun.”

Spike’s Sequel
Spike Lee is back. The Oscar-nominated director is working on his next “Spike Lee Joint” with the Jordan Brand. Lee confirmed that his second signature shoe, Son of Mars, inspired by the Mars Blackmon character he played in the iconic Air Jordan ads, is set to launch in 2012. “I sell a lot more sneakers than some guys in the [NBA],” he joked. So does the Brooklyn-bred filmmaker still keep in touch with His Airness, Michael Jordan? “I have M.J.’s cell, but I only call him when I really have to talk to him,” Lee said of the brand namesake and current owner of the Charlotte Bobcats. “He’s got a lot on his plate right now.”

Family Affair
Andy Hilfiger is a master multitasker. While being honored at the Fashion Delivers gala last week in New York, the musician and designer put on an impromptu runway show to showcase looks from his new Andrew Charles line and got a little help from his band and ZZ Top musician Billy Gibbons. Models sported several footwear looks, including boots and heels in black leather and red snakeskin, and Hilfiger told Spy he’s adding shoes to the collection permanently beginning in fall ’12. “It’s highbrow rock ’n’ roll,” he said of the styling, adding that price points will most likely fall between $105 and $150.

Fresh Face
Warang McManus isn’t a shoe designer, but her kicks are getting people talking. The 15-year-old, a two-time survivor of acute lymphoblastic leukemia, is one of six patients who participated in the OHSU Doernbecher Children’s Hospital Freestyle program, which teams patients from the Portland, Ore., hospital with Nike designers to create limited-edition styles for Nike.com and Niketown stores. All proceeds go to the hospital, and that’s no small thing: Eight years after its founding, the program has raised more than $3 million for Doernbecher. “It was cool to make a shoe, but also to help the hospital, to which we owe so much,” said McManus. “The staff became my friends when I couldn’t go to school, which was really important.” McManus worked with Nike designer Cubby Golden and developer Luanne Jarman-Miller to create her patent-and-leather version of the women’s-only Nike Dunk High Skinny, incorporating nods to her family and her Pacific Islander heritage. Golden also came up with a design that took images of lymphocytes specific to McManus’ cancer and put them on the sockliner along with the words “Twice Survived” so she could “stamp them out with every step,” McManus said, adding that she has two pairs of the kicks: one for wearing, and one, in a box signed by Phil Knight, for keeping. “I was ecstatic. I loved it,” she said of the finished product.

Seen
Divorcee Kim Kardashian was seen making a quick exit at LAX this week in her black Stuart Weitzman 50/50 boots … Jimmy Choo ruled the red carpet at the Glamour “Women of the Year” awards, where honoree Jennifer Lopez and presenter Jessica Alba both wore styles from the brand, and award winner Lea Michelle carried a Choo clutch.