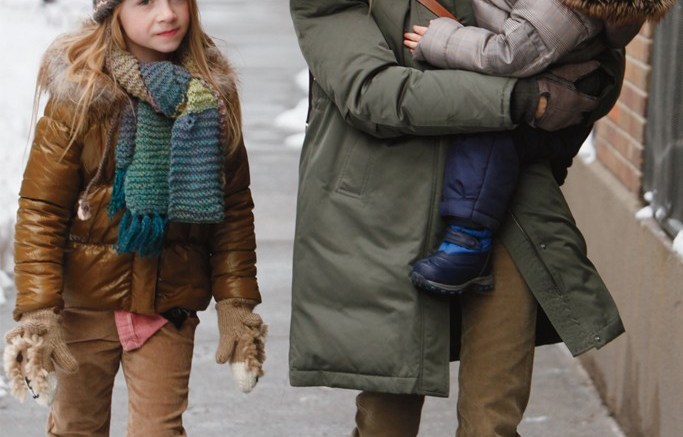 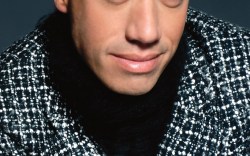 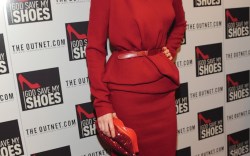 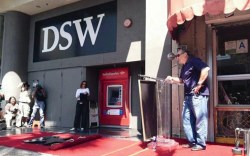 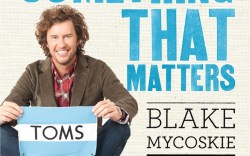 Style Starter
You might not know how she does it, but Renee Ehrlich Kalfus knows how to wear it. In the new film “I Don’t Know How She Does It,” starring Sarah Jessica Parker, costume designer Kalfus handpicked “updated classic” looks for the cast. “The characters in this movie, opening Friday, make a lot of decisions for themselves and for other people,” she said. “We wanted them to have decisive style and a definitive look.” Here, Kalfus dishes with Spy about mixing and matching, running in heels and dressing a style icon.

How did you make the shoe choices for a character who does it all?
“It was important we had the high and low aspects of design because she plays a mom and a working woman who is very successful. There was a lot of Nine West, but also Christian Louboutin, Miu Miu and a beautiful Lanvin pump with a wooden stacked heel we used quite a bit. She had to go to work in heels all day then run around after her children. She also wore some flats and lace-up leather Ugg snow boots that were very heritage.”

What is the standout footwear scene?
“At one point, Sarah Jessica Parker’s character has to run home in these camouflage Nine West heels. She had to run for a full day on camera, which was really tiring, but she had absolutely no issues about [running in] the shoes.”

What other brands made an appearance?
“The kids’ stuff was Lands End and J.Crew. We had a lot of fun with that. We mixed and matched patterns and prints. The kids’ shoes had a lot of spunk and personality. Pierce Brosnan’s character wore an elegant, traditional-style Ferragamo cap-toe. Greg Kinnear plays an architect [and wore] Adam Derrick ankle boots and John Varvatos black lace-up boots.”

Were you nervous working
with SJP because of her style icon status?
“It was so wonderful to work with someone who has such an amazing eye. She really gets it. Once we started sharing ideas about what would be great with this and that, I lost any anxiety I had because she became Sarah Jessica Parker, the actor.”

Walking Tall
Expect some major shoe moments at next week’s Emmy Awards. “There’s a lot more attention being paid to shoes these days,” said stylist-to-the-stars Phillip Bloch, adding that styles to watch for are platforms, open-toes and booties, sprinkled with sparkle or a rebellious twist. And Bloch predicted that designer names such as Gucci, Prada, Stuart Weitzman, Manolo Blahnik, Giuseppe Zanotti and Jimmy Choo would make a splash, and, of course, Christian Louboutin. “You’ll see a lot of red soles on the red carpet,” he said. On the other hand, celebrity stylist Robert Verdi was betting that platforms wouldn’t make much of a showing. “We’re going to see a return to a ladylike shoe, something like what Jessica Rabbit or Grace Kelly would wear,” Verdi said, adding that Brian

Atwood would likely shine at the awards. What will host Jane Lynch of “Glee” fame wear? “Something comfortable, unfortunately,” quipped Verdi. Footwear also will have a starring role backstage for the Sept. 18 show, with Ron White scheduled to take over the green room as part of the On 3 Productions Backstage Gifting Suite. “We try to incorporate all details of our unique fitting experience into our few moments with the celebrities,” he said.

Crowd Pleaser
Dita Von Teese knows how to turn heads. And as part of her latest winter show, the burlesque star is working with none other than the red-sole king on a pair of crotch-high boots, destined to draw a crowd. “It’s the ultimate fetish [shoe],” she said. “Look for those on the stage.” But Von Teese has always been a fan of Christian Louboutin, and to show her support, the model donned a pair of red satin peep-toe pumps for last week’s premiere of the documentary “God Save My Shoes,” in which Von Teese makes an appearance. Also walking the red carpet in a red-sole look was poker player Beth Shak (also a subject in the film), who chose black Louboutins adorned with googly eyes. “They reminded me of a school project,” she said. “The shoes were first and the outfit was second.”

Shooting Star
Al Bundy’s relationship with shoes has taken a star turn. Ed O’Neill, who spent a decade immortalizing the trials and tribulations of a downtrodden shoe salesman and family man on the Fox sitcom “Married With Children,” got his Hollywood Walk of Fame star late last month, ironically right outside a DSW store on Hollywood Boulevard in Los Angeles. And the shoe-loving folk over at the retailer’s headquarters were visibly psyched, posting a “big shout-out to Ed O’Neill” on the store’s Facebook fan page, which garnered 284 “likes” and 41 comments (as of press time). Derek Ungless, EVP and chief marketing officer at DSW Inc., was especially excited. “How fantastic and ironic is it that Al Bundy, shoe salesman, has his star outside our store,” he said. “We thought it was pretty cool, even though we hope our service model is better than his.”

Writer’s Block
Blake Mycoskie admits to being a bit of a perfectionist. The Toms Shoes founder, whose book, “Start Something That Matters,” launched last week, told Spy that writing it took longer than he thought. “It’s a little nerve-racking knowing your writing will be in print for the rest of history,” Mycoskie said. “I would write something and then change it over and over again.” The hard work paid off. The book hit the No. 1 spot on Amazon.com last week. After his whirlwind book promotion tour, Mycoskie said, “I’ll probably do some surfing in Southern California. The waves are really good this time of year.”