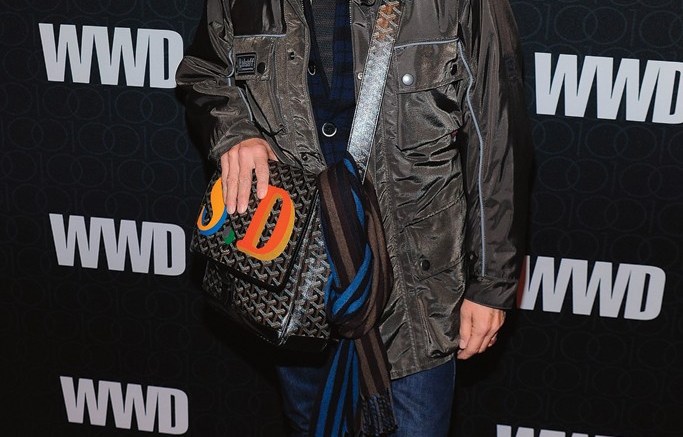 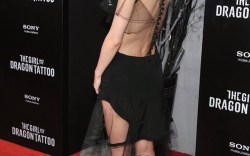 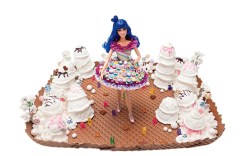 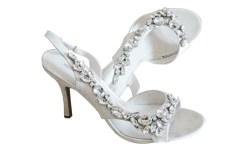 Simon Says
Simon Doonan is not one for fads. The creative ambassador-at-large of Barneys New York firmly sticks by longtime designers Manolo Blahnik, Walter Steiger and Christian Louboutin, and he predicted they will rule the fashion world again in 2012. “It’s not true what they say on ‘Project Runway’ about ‘One day you’re in and the next, you’re not.’ It’s ‘You’ve either got the talent, or you don’t.’ There’s a reason these guys are still around after so many years,” said Doonan. So what of rising stars Nicholas Kirkwood and Charlotte Olympia? “Charlotte and Nicholas are very, very talented, but in a way, their careers are just beginning,” he said. “And the good news is shoes are continuing to get even more exotic, bizarre and interesting.” And when asked to pick his favorite shoe moment of 2011, Doonan opted for the launch of Louboutin’s 20th anniversary book in October. “It’s a great holiday gift. You can’t afford to buy your friend a pair of Christian’s shoes, but you can afford his book.”

Girl Talk
Rooney Mara stepped out in standout shoes last week as Hollywood’s newest “it” girl. “The Girl With the Dragon Tattoo” actress, who plays Lisbeth Salander, made the rounds for the film’s premieres alongside co-star Daniel Craig. At the New York premiere last Wednesday, she was spotted in Christian Louboutin heels (at right), but earlier in the week, she opted for Brian Atwood. On Tuesday in Stockholm, Sweden, Mara sported Atwood’s black satin Carla pumps and on Monday in London she wore the designer’s Melly sandals. “I really like her style,” said Atwood. “I’m in Milan right now, but once I’m back in New York, I’m going to see [the film].”

Barbie Steps
Katy Perry is getting all dolled up. The songstress now has a special-edition Barbie, which sports a replica of the cupcake-covered dress from Perry’s “California Dreams” world tour, paired with pink and purple pumps and crystal-dotted fishnet tights. “We hand-painted all the details and applied the crystals here in our design studio,” said Peter Helenek, VP of design for Barbie at Mattel Inc. “They create a look that sums up Katy and her personal style.” Nicki Minaj also has a new Barbie outfitted to resemble her “Pink Friday” album cover, featuring a rosy tulle dress and platform booties. (Both dolls are up for auction at Charitybuzz.com through today, with all proceeds benefiting Project Angel Food.) “There are fans out there who look specifically [at the] shoes when buying [Barbies],” said Helenek.

Wedding March
After this year’s FN Shoe Star competitors each designed shoes for her wedding, bride Elizabeth Aguilar ultimately decided to walk down the aisle last month in open-toe Vera Wang slingbacks, which complemented her gown, also crafted by the designer. So did the Shoe Star contestants influence her decision? “The concept of the shoe actually ended up being a lot like Rachel [Fishbein’s satin peep-toe heel],” Aguilar said of the design by the season two winner. “The biggest difference was the embellishment.” And luckily, the heels survived the dance floor. “Our band was fantastic and kept everyone [dancing] the entire night,” said Aguilar.