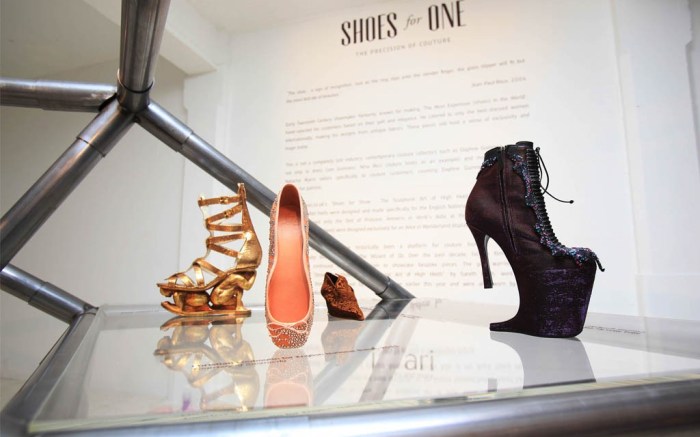 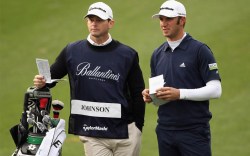 Sole Sisters
These shoes were not made for walking. “Shoes for Show: The Sculptural Art of High Heels” opened in London last week and showcased beauty over practicality. The exhibition, at the Old Truman Brewery on Brick Lane, featured a range of one-off bespoke heels, including Alexander McQueen’s Miniature Armadillo style for the Met and Nicholas Kirkwood’s Alice in Wonderland heels, which are festooned with teapots, roses and a pocket watch. Also featured was a “prize shoe” from the 1851 Great Exhibition that was never meant to be worn. It boasts hand stitching, a fiercely pointed toe and a curved heel. Also included was the Return to Oz shoe, which never stops growing due to the copper sulfate crystals on its surface. The five-day show, which closed Tuesday, was sponsored by Javari.co.uk, the online retailer owned by Amazon.com.

Golf Pro
TaylorMade-Adidas Golf is taking field research to the next level. VP of tour operations Keith Sbarbaro has signed on to serve as a caddie to Adidas athlete Dustin Johnson. He will travel with the No. 4-ranked pro to the Australian Open this week and to the 2011 Presidents Cup at the Royal Melbourne Golf Club next week. Sbarbaro said he’s pitched in twice before for Johnson — who is between caddies at the moment — so this is a comfortable role for him. “I’m out on tour almost every week dealing with those guys, fitting the equipment. And we’ve played tons of golf, [so] it’s not that much of a stretch from what I normally do,” he said. Golf fans can follow Sbarbaro’s adventures on Twitter @taylormadegc. “I know Dustin’s game as well as anyone, [and] I was very honored when he asked me,” Sbarbaro said. “It’s nice to be out there with him, and it helps me do my job better.”