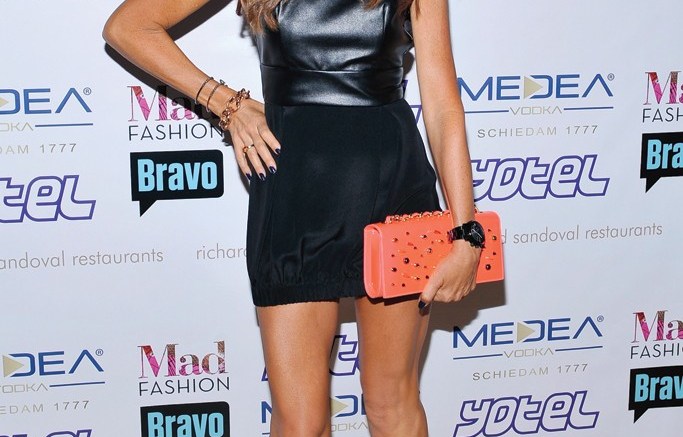 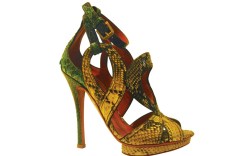 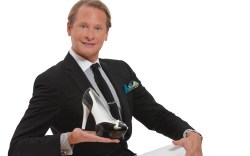 Mad Hatter
It’s life in the fast lane for Ruthie Davis. The designer was out with a Bravo TV crew last week at the premiere party for the network’s “Mad Fashion” show, starring “Project Runway” alum Chris March. In between mingling with Bravo EVP Andy Cohen, Davis showed off her 6-inch runway heels (a Dennis Basso collaboration) and gave Spy hints about her outfit for the debut episode on Oct. 4, in which she flaunts a design by March. “He has me wearing shoes in a whole new way,” she said. “It’s like my fantasy outfit — a ‘James Bond’ girl.” And Davis enjoyed her TV experience so much, she has signed a contract with the “Mad Fashion” producers for her own show. “It’s a day in the life — designing shoes and dressing celebrity clients,” she said.

Catching Castillo
Edmundo Castillo is everywhere these days, and now he’ll add Via Spiga to the list. Spy caught up with the designer in Milan at the Santoni presentation, and while he was tight-lipped about his new appointment as creative director of the Brown Shoe Co. brand, he said, “I’m passionate about shoes and I’m trying to make beautiful things that women want to have.” The Puerto Rico-born designer again lent his creative expertise to Santoni’s spring ’12 line, which was inspired by the geometric design and rebellious excesses of the 1960s and ’70s. “I see so many crazy, beautiful shoes that look like amazing pieces of art, but I don’t see them on women,” said Castillo. “I am about the shoe that you love and wear forever.” Next up: Castillo, who also works with Castañer in Spain, is off to Paris to show his own collection.

Family Ties
Scott Savitz could be making a comeback soon. The former Shoebuy.com CEO, who abruptly stepped down in June, will speak at the Two Ten Leadership Forum later this month, but may also have another move up his sleeve. “I won’t be retired forever,” said Savitz. “But I’m not making any statements [yet].” Although Savitz remained mum on his next gig, he was very open about his time post-Shoebuy. “Retired life is not so terrible after all,” he said, recalling a summer stay in Nantucket, Mass., and a family trip to France as standouts. And Savitz even added a dog to the family during his much-needed downtime. “With the Internet [business], they say if you [work] 12 years it’s like 120 years,” he joked.

Dancing Shoes
Apparel just isn’t enough for Carson Kressley anymore. The television personality, who designs a clothing line for QVC, is now putting his stamp on footwear. Kressley joined the Shoedazzle.com guest designer list, alongside Kristin Cavallari and Mel B, with his menswear-inspired spectator pump (below), the first shoe under his name. The style is part of the site’s charity program, and all the profits will benefit the Al D. Rodriguez Liver Foundation. As ShoeDazzle’s first male designer, Kressley said the partnership definitely piqued his interest in shoes. “I really did like the taste of it. I felt a little like Brian Atwood, except not as good-looking,” he quipped. Kressley also is learning about styles used to cut loose on “Dancing with the Stars,” where his footwear is often customized. “I’ve never [worn] so many sparkly shoes,” he said.