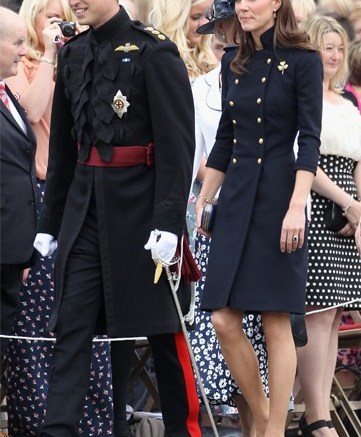 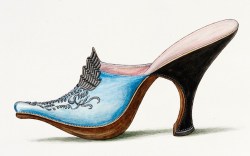 Coming to America
The Duke and Duchess of Cambridge are California dreamin.’ As the buzz surrounding the newlywed couple’s U.S. trip continues, designers and stylists are eager for Kate to show off her sunny style. “She’s a beautiful woman, so I’d like to see her in a feminine [footwear] style that says something about her personality,” designer Jerome Rousseau told Spy. “I see Kate wearing a beautiful tan or nude sandal for her visit. Something quietly distinctive, with the emphasis on the silhouette, but packing a punch in the details.” Meanwhile, model and fashion journalist Louise Roe also stressed the importance of hitting the right style fashion choices. “The stakes are high and all eyes will be on her,” she said, adding that she expects the princess to wear shoes ranging from Burberry and Jimmy Choo to Michael Kors. However, Roe said she didn’t expect Middleton’s selections to ripple across the Atlantic the way First Lady Michelle Obama’s did during her first visit to the U.K. “I don’t think she’ll be as bold as Michelle and champion new, edgy designers, but she’ll think very carefully about who she wears and what that will represent.”

Travel Bug
Get set for Pour La Victoire head to toe. At a recent industry event, Spy learned from Jay Adoni, the brand’s co-designer, that expanding the brand to include women’s apparel would “complete” him. Adoni, who works alongside David Giordano, said he plans to launch the line before the year’s end, as part of the larger goal of becoming a comprehensive lifestyle brand. He was coy, however, on most details (with the exception of his target audience: 20- to 45-year-old women). “I would love to [share], but you are catching me in St. Tropez [and] from here going to Cannes, Monte Carlo, Portofino and [then straight to] production,” he said. Talk about strong sources of inspiration.

Auction Block
Who knew illustrations could be so expensive? An anthology featuring 277 watercolor paintings and writings by late shoe archivist Karl Schoensiegel was caught in a bidding war at Bonham’s Fine Book & Manuscript Auction in June. Drawing large bids from as far away as South America, Asia and Australia, one lucky anonymous winner finally walked away with the grand-prize collection for a staggering $42,700. The illustrations portrayed designs from as far back as 16th-century Venice and featured platform shoes worn in ancient China.