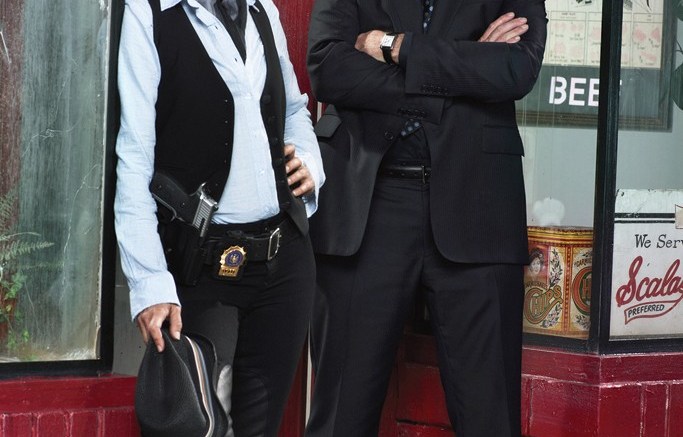 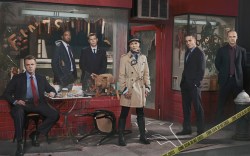 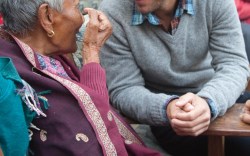 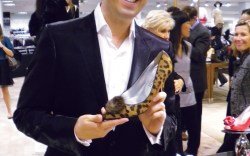 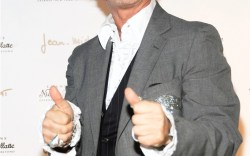 Prime Time
Serious crime-fighting calls for serious footwear in NBC’s newest drama, “Prime Suspect.” Played by Maria Bello, Detective Jane Timoney’s shoe collection is a combination of feminine sophistication and masculine utility, according to costume designer Amy Stofsky. Based in Manhattan, Jane finds herself in a boys’ club of crime fighters in the homicide unit of the detective agency. But when she’s not chasing bad guys, Bello’s character finds time to dress up as well. Here, Stofsky sounds off on finding the right variety of footwear and creating modern-day looks.

What brands or styles standout for Jane this season?
“The lead character is no-nonsense, and her footwear was particularly a reflection of that. She wore mainly oxfords by NDC and boots by Guess and Fiorentini and Baker, which reflect the juxtaposition of her being a female playing in a man’s world. She is very tough and not afraid to chase the bad guy. It was important for her to be comfortable enough to walk or run in these shoes without compromising her feminine style. She also dresses up one outfit with Stuart Weitzman heels, which really shows her character’s change in fashion styles from work to play.”

“Prime Suspect” was originally a BBC television drama. Did you use this version as any sort of guide when picking out shoes for the new show?
“No. This version of the female lead is much tougher and isn’t afraid to play rough. [Maria] wanted boots and shoes that she felt could realistically hold up when in pursuit of the bad guys. This newer version of the drama is much more contemporary and modern.”

The men definitely outnumber the women on this show. What styles and brands are we seeing on them?
“Being New York City detectives, there was a need for the men to be outfitted in oxfords, not loafers. These are active men who are out on the streets of New York solving crimes. We used oxfords in a variety of colors, but mostly black, from Rockport and Florsheim.”

Traveling Man
After a whirlwind book tour, Blake Mycoskie has been enjoying some time at home in California — he was in the office for a record 10 days this month. “The [staff] can’t believe it. They keep asking, are we in trouble?” he joked. The Toms founder didn’t stay put for long. During a two-day trip to the Big Apple last week to present his spring ’12 men’s collection, he made time to see “The Adams Family” on Broadway. “I’m trying to do more cultural things outside of work,” he said. Up next, Mycoskie will venture to Ethiopia for 10 days in November to meet with charitable partners, and maybe do some sightseeing. Then it’s home for the holidays — he’ll visit his parents at their vacation place in Colorado, where skiing and snowboarding are on the agenda.

Main Attraction
Ron White was the man of the hour at Lord & Taylor’s New York flagship last week, celebrating the debut of his All Day Heels and Signature collections at an evening cocktail reception. Comedian Caroline Rhea, former host of “The Biggest Loser,” stopped by — and eyed White’s Lucie open-toe black pump and Katee leopard style. White also got a thumbs-up from Lord & Taylor’s own EVP of merchandising, Liz Rodbell, who said she was one of the first to pick up a pair, buying the Katia, a pump with a mink ornament. “I was attracted to the comfort and how pretty they are,” said Rodbell. “Customers are loving it so far, and we’re looking forward to a long run.” So what’s next for White? Expect to see Paula Abdul sporting some custom high heels on an upcoming episode of “X Factor.”

Concrete Jungle
Jean-Michel Cazabat is officially in a New York state of mind. The French designer bowed his first U.S. shop on Bleecker Street last week, which attracted Bergdorf Goodman’s Linda Fargo, musician Maxwell and Ralph Rucci. “The concept came out exactly as I wanted,” Cazabat said of the plush walls and red cushions that filled the space. “It looks just like my home.” On hand to support his colleague and close friend, Nine West Creative Director Fred Allard shared his excitement about his brand’s first fragrance. While Allard was still putting the finishing touches on the campaign, he gave Spy a sneak peek of the bottle’s top-secret design.

Weitzman’s Way
Stuart Weitzman knows how to party. And he had the perfect opportunity last week as the U.S. Ambassador to France, Charles Rivkin, and his wife, Susan Tolson, hosted a soirée celebrating Weitzman’s 25 years of style at the American Embassy. “It was a great honor to be welcomed into the home of Ambassador Rivkin and his wife, a woman who loves my shoes and looks fabulous in them,” said Weitzman. “She was a most gracious host, and it was an evening I will always remember.” Throughout the night, a special edition “Heritage” style was on display, and models were strutting around the room in Weitzman heels adorned with Swarovski crystals.

Style Sightings
Blanket Jackson is carrying on his father’s sense of style. The son of the King of Pop wore Step2wo “Royal” black moccasins to the recent Michael Jackson tribute concert in Cardiff, Wales … Up-and-comer Elizabeth Olsen, younger sister to Ashley and Mary-Kate Olsen, stepped out in New York this week for the screening of “Martha Marcy May Marlene” wearing Alexander McQueen peep-toe platforms with gold embellishments.

Working Woman
Michelle Trachtenberg, who recently collaborated with Stuart Weitzman on a pump, said that while she enjoyed the project, her first love is still acting. The “Gossip Girl” actress was a guest star on “Weeds” this season and recently wrapped up work on “Sexy Evil Genius,” set to be released in 2013. But even with her full schedule, Trachtenberg still has a few names she’d like to work with. “Robert Redford would be amazing,” she said. “And Steven Spielberg was the first name I heard in the business, so that would be great.”