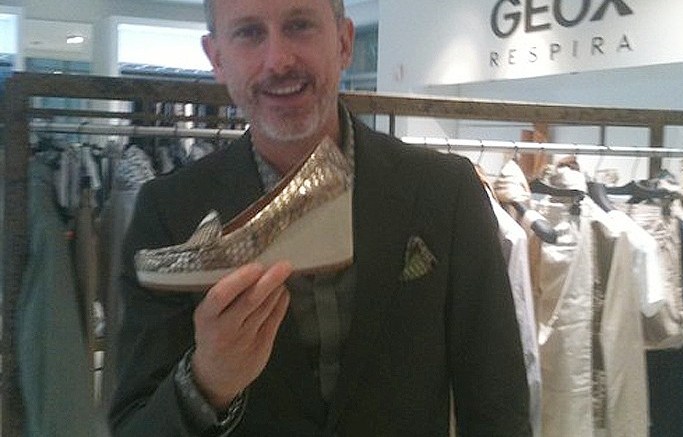 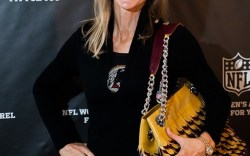 Return Engagement
Patrick Cox didn’t have any grand plans to return to footwear, but it’s clear he’s happy to be back in the game. “I just visited all the shoe floors in the department stores in New York, and the sales staffs still recognized me,” said the designer, who showed off his new line for Geox at the label’s Milan showroom during Micam. “I left my brand several years ago, and I thought I might do something else,” Cox said. “But [this is what I’m meant] to do.” As he launches his new venture, trends seem to be working in his favor, too. “There’s really been a return to the loafer, and that was my signature,” said the designer, who gained fame with his Wannabe style. During his time off, Cox has been exploring other business opportunities and last year opened a London bakery. “I was just on the phone taking an order for a woman’s birthday cake with all of this fancy icing,” he said.

Kick Off
The Washington Redskins have started off the NFL season undefeated, and it may be due to a lucky pair of red patent leather Christian Louboutin heels. Tanya Snyder, wife of the team’s owner, said that wearing the red-soled shoes on game day has proven to be serendipitous for the team. “I wore these during the pre-season and we won all those games,” she told Spy during a visit to the NFL Style Suite in New York. “When your team wins while you’re wearing something, you tend to wear it again.” Having amassed close to 1,000 shoes over the years, which are mostly donated to charity, Snyder added that her collection has certainly blitzed that of her media-mogul husband, Daniel. “He has a nice collection, but I definitely have more,” she said.