FN Spy: Nike Goes ‘Back to the Future’… Wildfox Teams With Jeffrey Campbell 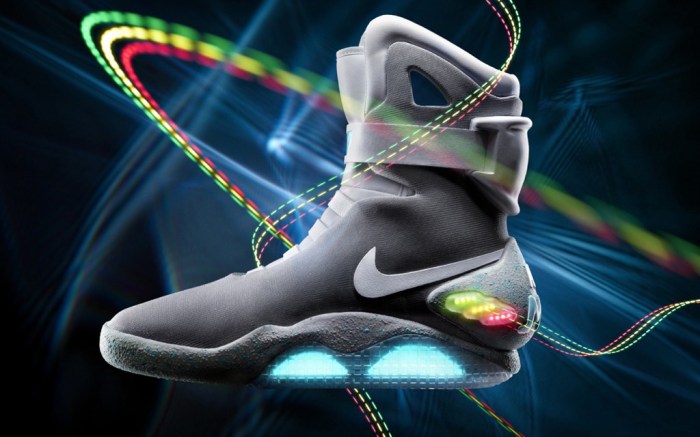 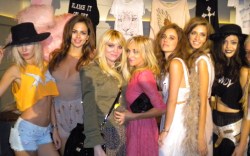 Sell Out
Nike is offering a blast from the past. The brand partnered up with Michael J. Fox and his Michael J. Fox Foundation to auction 1,500 pairs of the iconic Mag sneakers from the 1985 movie “Back to the Future.” With an estimated $3 million already raised, the foundation’s deputy director of development Sheila Kelly said buzz for the cause has skyrocketed. “Since the launch of the auction, we’ve added 10,000 fans to our Facebook page and we’ve had 104,000 visitors to our website, compared with about 17,000 at this time last year,” Kelly said. So will Marty McFly himself be getting a pair of these exclusive kicks? “[Michael] will be getting his next month,” Kelly said. “He’s very excited.” Auctions are held exclusively on Nikemag.ebay.com, with all the proceeds going to the Michael J. Fox Foundation through Sept. 19.

Shop Around
It was a cause for celebration Thursday night, as Vans feted its latest New York retail collaboration with DQM. The skate brand and the Manhattan-based boutique unveiled their new storefront, dubbed The Vans DQM General, with live music from the group Mattson 2, featuring guitarist and Vans skateboarder Ryan Barbee. “We usually do a lot of Vans events, but the crowd at this one is amazing,” said Jared Mattson, the band’s guitarist. The night was capped off with a sneaker-shaped cake.
Sub: Endless Summer George Esquivel is having quite a busy summer. The footwear designer, who was recently spotted in New York for Fashion’s Night Out, flew home to Los Angeles for three days, only to head out again for Milan to work on his ongoing collaboration with Italian shoe brand Fratelli Rossetti. After that, he was invited to be part of the “Americans in Paris” initiative, by Vogue editor Anna Wintour herself. The program offers 10 CFDA/Vogue Fashion Fund finalists the chance to exhibit their wares at a showroom in Paris during Fashion Week in early October. “It is quite the honor,” said Esquivel. “And Diane von Furstenberg is having a party for us at her house!”

Quirky Collab
Funky, vintage-inspired knitwear brand Wildfox has teamed up with Jeffrey Campbell to produce its first footwear collaboration. The shoes, in four platform styles, will be available at a variety of retailers including Shopbop.com, Revolve and Kitson, in late February 2012. And at this week’s launch party, Wildfox designer Kimberly Gordon told Spy she and design partner Emily Faulstich were huge fans of Campbell, and when they called his offices to discuss working together, they discovered the adoration was mutual. “They freaked out,” Gordon said. “They said, ‘We love you guys,’ and we all started screaming.” But Jeffrey Campbell isn’t the only footwear designer on Wildfox’s radar. Gordon said she couldn’t reveal details, but she hinted at an upcoming partnership with Steve Madden. “Let’s just say that Steve Madden and I have fallen in love,” Gordon quipped. “We have a special friendship, and it’s amazing.”