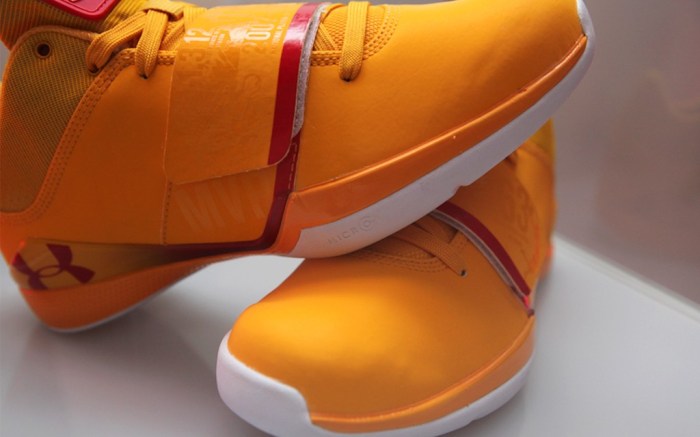 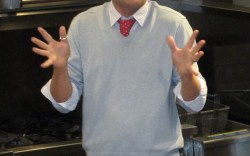 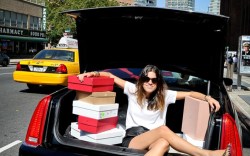 Time Off
The start of the NBA season is still up in the air, but Brandon Jennings has found a new hobby while he’s away from the hardwood. “I’m playing a lot of flag football,” the Milwaukee Buck and Under Armour intern told Spy at the launch last week of the brand’s new basketball line. Jennings has been organizing football games with other temporarily out-of-work NBA players the past few weeks. “I just got the challenge from Derrick Williams,” he said of the NBA rookie who recently signed an endorsement deal with Under Armour this summer. “We’re going to play his team next week.”

Love Fury Revealed
The cat is out of the bag. After hinting about a “top secret” campaign for the new Nine West fragrance, called Love Fury, creative director Fred Allard was ready to unveil details at an event last week at New York’s 620 Loft & Garden. Allard said he wanted a Hitchcock-like feeling. “A hint of mystery is a facet of every woman, and we wanted to capture that,” Allard said, adding that a video was shot at the same time as the print campaign. “In the video, [the model] is inside an amazing shoe closet, like a shrine, where she is surrounded by all her secrets of seduction, like shoes and fragrance.” For the musical accompaniment to the video, Allard opted for “The Magic” by Joan As Police Woman. “I saw her twice in concert because I just love her,” Allard said. “It was perfect for our sexy, mysterious story.”

Good Eats
Chef Brian Malarkey is helping Dansko serve up some comfort these days as its newly named spokesperson. The restaurateur and season three “Top Chef” finalist was spotted wearing a very worn pair of the brand’s Professional clog in a spread in Coastal Living magazine. Dansko’s subsequent offer of a new pair led to the partnership, said Malarkey, who was in New York last Thursday with the comfort brand to host a mini-cooking challenge for editors. After a brief demonstration, attendees whipped up their own specialties, with Malarkey serving as judge. But even a chef has to untie his apron strings sometimes. When Malarkey is not in the kitchen, he likes to slip into inexpensive flip-flops — harking back to his California roots — or snowboard boots in winter. For more formal occasions, he opts for wingtips. “My wife buys my nice wingtips,” he said, noting he particularly likes worn leather, which remind him of his days growing up on a ranch.

Sole Searching
Where is Man Repeller Leandra Medine? That’s what Saks Fifth Avenue was asking shoppers last week as it launched a new Tumblr site dedicated to its shoe department. The site, 10022-shoe.tumblr.com, created lots of buzz by posting photos of the popular fashion blogger wearing designer styles in various Manhattan hotspots, and then customers who tweeted her exact location were entered to win a Saks $250 gift card. The department store said it’s all part of stepping up its social media strategy. “We’re getting ready to relaunch our blog, SaksPOV, around Nov. 21, and plan to launch a mobile app at the same time,” said Saks VP of social media Kathleen Ruiz, declining to reveal more details. For her part, Medine jumped at the chance to collaborate with the retailer because, as she said, “Saks hasn’t taken as big a [social media] push as they should.” Describing her shoe closet as “worth enough to pay college tuition for two children,” Medine said she’s currently digging Dries Van Noten for shoes that are “really elegant, lush and posh, but still understated [and not like] wearing a price tag on the sole.”

Love for All
Love My Shoes’ Robert Yeganeh has been occupied lately. The president of the Long Island, N.Y.-based retail chain has spent the last few weeks donating shoes to the members of Occupy Wall Street in New York. To date, Yeganeh’s team has given away more than 3,500 pairs. “We wanted to bring another focus to Occupy,” said Yeganeh. “The small businesses are not being supported enough by the corporations.” Yeganeh added that while he is also hoping to help protestors who are on their feet all day be comfortable, overall, he wants politicians to pay more attention to small business owners. “I could have employed 200 of those occupiers if I had the right support,” he said. “I don’t oppose or support [the protest]; my cause just relates because half of the people out there would rather be working.”