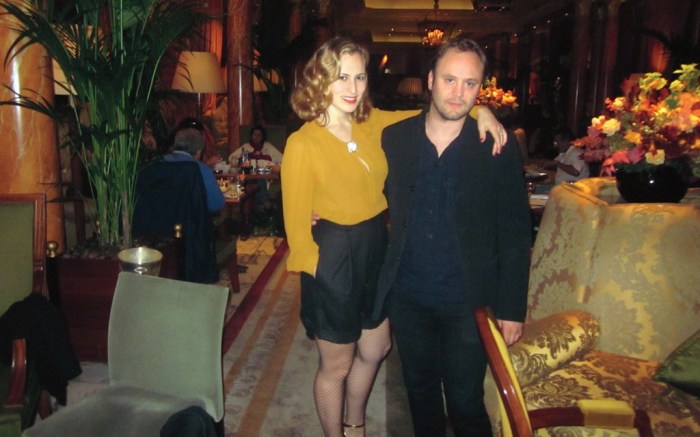 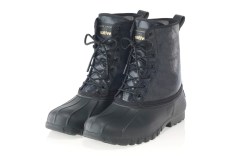 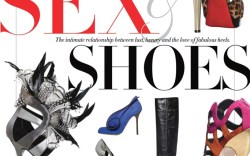 Fashion Forward
Spy capped off London Fashion Week in style. Top names gathered for an intimate cocktail party at The Dorchester last week, where designer du jour Charlotte Olympia Dellal talked about creating show-stopping shoes for the Matthew Williamson catwalk. “I love seeing the whole look come together,” she said. Dellal also revealed plans to open her first store in New York, and swapped parenting stories with Chrissie Morris. (Both women welcomed baby boys recently.) Nicholas Kirkwood, fresh off a plane from Italy, where he was putting the final touches on his spring line, opened up about his frenetic schedule. The designer crafted looks for five shows this time around. “Each of them had a different point of view, which made it fun,” he said. Emerging name Atalanta Weller also had a major Fashion Week moment. “Sienna Miller sat front row at Burberry in my shoes,” she exclaimed. Liam Fahy talked excitedly about showing in Paris for the first time in the coming days, while Chau Har Lee, who is busy at Bally, was prepping for a trip to Switzerland. Kevin Martel dished on Harrys’ expansion plans in the Middle East, while architect-turned-designer Julian Hakes celebrated a successful Micam show. And the next day, Spy hit London hotspot Scott’s for lunch with Rupert Sanderson and wholesale director Andrew Stewart. The duo talked about celebrating a decade in business and the 10 special shoes Sanderson is creating for the women who have inspired him. Turns out it was designer central at the restaurant, where Spy ran into Christian Louboutin, who said his Paris men’s store is red hot. So don’t be surprised if you see a men’s shop in New York soon. Coming off a packed trip, Spy also caught up with Manolo Blahnik at his London offices, as the designer gushed about his spring looks (get ready for a new heel) and his upcoming 40th anniversary. “I have no perception of time. I’m just fortunate that I love what I’m doing,” he said.

High Jump
Native Shoes set the bar high with its first collaboration: a limited-edition boot made with Marc Jacobs for Fashion’s Night Out. So how does the hip EVA footwear brand plan to top itself? According to Native founder Damian Van Zyll de Jong, it might be with more work for the House of Jacobs. “Maybe something with Marc by Marc Jacobs, something more global,” Van Zyll de Jong said. But the brand also could put collabs on hold — at least for now. “Let’s let it simmer. [Collabs] shouldn’t just be a namesake thing,” he said. One thing is for sure: Native will open its first branded store next year, though Van Zyll de Jong remained mum on target spots.

Sex Sells
Saks Fifth Avenue is bringing sexy back. Some of the hottest designer names, including Jimmy Choo, Manolo Blahnik, Christian Louboutin, Valentino and Stuart Weitzman, are entering the running for the second Sexy Shoes competition, a collaboration between the retailer and Footwear News. With 25 finalists in the mix, consumers are asked to vote starting today at Footwearnews.com/sexyshoes for their favorite look and will then be entered to win a $10,000 Saks shopping spree. Let the games begin.