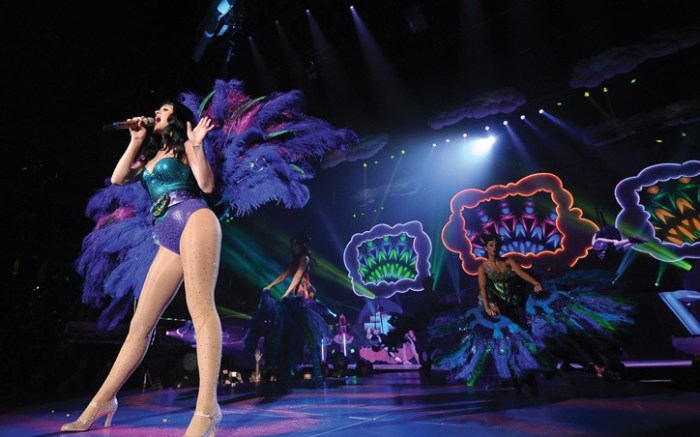 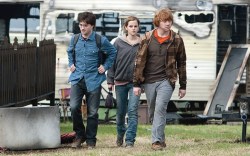 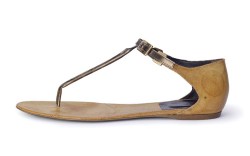 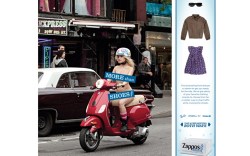 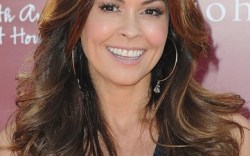 Dance Off
Katy Perry has her dancing shoes on. But you won’t find her wearing towering heels on her “California Dreams” tour, which kicked off last month. Instead, Perry is opting for more danceable looks by theatrical shoe designer Phil LaDuca. And that’s probably a good idea, considering the songstress has to endure 17 outfit and three footwear changes in one set. “With her, [heels] can’t be too high,” said Johnny Wujek, Perry’s stylist. “The highest we go is [about] 3 inches.” But LaDuca is thrilled that Perry is opting for a little comfort in her on-stage styles. “Just the fact that I’m able to say that Katy Perry wore my shoes, I couldn’t pay a million dollars for that,” LaDuca told Spy. Still, for red-carpet appearances, Perry prefers to glam — or sometimes ham — it up. Wujek noted that she often likes to dress in themes or humorous outfits, topped off by some of her favorite footwear designers, including Christian Louboutin, Nicholas Kirkwood and Charlotte Olympia. “She is actually very eclectic. [Her style] is glamorous and experimental, but [her outfit] has to have humor in it,” he said. “It’s sexy, colorful and fun.”

Final Countdown
“Harry Potter” costume designer Jany Temime needed to make sure the film’s cast was ready to run in the franchise finale, which debuted this past weekend. Star characters Harry Potter (Daniel Radcliffe) and Hermione Granger (Emma Watson) sport athletic shoes — namely Converse — throughout much of “Harry Potter and the Deathly Hollows Part 2.” “I wanted to give them a shoe that was so iconic that you didn’t have any class or money connection to it,” said Temime, who noted that she chose something the “everyday” kid would wear. Yet other footwear, of course, found its way into the film, including in the standout scene where the Army of Voldemort is all wearing sport boots. “They had to look old-fashioned and be iconic,” said Temime, who declined to name the brand. “I was very pleased that I found enough [pairs] because we [needed] like 2,150.” Temime has been working on the Potter set for the past eight years, so she said the countdown to the release of the final film was bittersweet. “It’s a mixture of both [sad and happy], that you’ve finished a stage of your life and you are ready to move on.”

Globe Trotter
Bruno Frisoni is at it again. Roger Vivier is set to release the third installment of its limited-edition Rendez-Vous collection, which this time features delicate tones of pale gold and yellow, as well looks with floral details. “I wanted to instill [customers] with a dream-inspiring, non-precious sense of luxury,” Frisoni said. The designer and the spring ’12 collection will travel the globe in January, making stops in Paris, New York, Miami, Shanghai and elsewhere. But the journey doesn’t stop there. The brand has gone mobile with its own iPhone app and will soon take its first step into e-commerce, debuting a site in September.

Sex Sells
Zappos.com has created quite a stir with its latest print ads, which show unclothed women in various poses throughout New York. “I’m shocked that [Zappos’ ad agency] used sexuality this way,” said Sam Sohaili, founder and creative director for marketing firm DMA. And Sohaili added that the ads don’t really encourage female consumers to buy clothes, but rather shakes up Zappos’ squeaky clean image. In spite of any controversy, Zappos senior director of brand marketing Aaron Magness said the ads are an effective way of drawing attention to the e-tailer’s apparel offerings. “We wanted them to stand out and grab attention,” he told Spy. Michelle Thomas, senior marketing manager for Zappos, said sex still sells, based on the strong reaction they’ve seen from consumers. “The majority [response] has been positive, but obviously when you play into nudity, people will skew it one way or the other,” she said. Up next, Zappos will launch digital versions of the ads, which will include male models, and also incorporate QR codes in a few weeks. But it’s not all about skin at Zappos: A campaign featuring paper dolls is also set to debut later this year.

Show Time
Move over Snooki, Brooke Burke is taking the spotlight at FN Platform next month. The host of “Dancing with the Stars” will make an appearance in front of the Skechers booth, where she’ll continue to tout the brand’s Shape-up products. “She’s beautiful, she’s fashionable, and she’s obviously aligned with the industry,” said Leonard Armato, president of Skechers Fitness Group. “Brooke will generate enormous attention.”