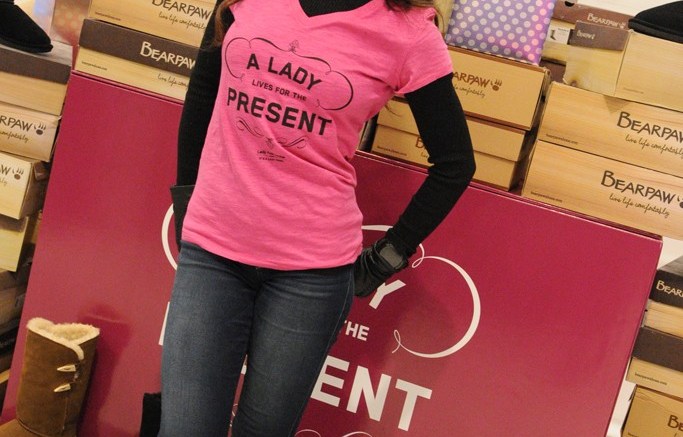 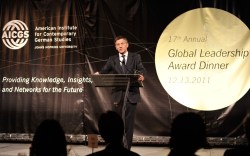 Give A Little
After a visit to New York City this week, Karina Smirnoff has warm weather on her mind. In spirit of the holidays, Smirnoff said the most memorable gift she has ever given was a trip to Hawaii for her parents. “I was able to [upgrade] them to first class, and when they came back, my dad had a big hat and my mom had flowers around her neck,” Smirnoff said at a Lady Foot Locker event this week, where the “Dancing With The Stars” champion helped gift thousands of Bearpaw boots to the charity Women in Need. The dancer herself is planning an eight-day tour of Marriott hotels on the Hawaiian islands, where she will make personal appearances and offer her Dance Fit workshops for the chain’s guests in mid-January. The trip kicks off a Dance Fit tour that will take Smirnoff across the U.S. and beyond. But her first stop will be Las Vegas: Smirnoff will make a quick stop in Sin City to party at Planet Hollywood for her birthday on Jan. 2.

Goal Kick
Adidas may have multiple teams in the UEFA Euro 2012 championships set to kick off in Poland and Ukraine in June, but the soccer fans in the executive suite are already salivating over the potential matchup they’d like to see in the finals. “The perfect final round would be Germany versus Spain,” said CEO Herbert Hainer during the brand’s recent lunch with press in New York. (Hainer made the trip from Adidas’ Herzogenaurach, Germany’s headquarters this week to be honored with the American Institute of Contemporary German Studies Global Leadership Award.) “With Germany winning, of course,” added fan Uli Becker, president of the Reebok brand. “Spain has already won.”

Match Set
Since he started endorsing Adidas in 1971, tennis legend Stan Smith has helped the brand sell a whopping 30 million pairs of his signature shoe. But it took more than big sell-throughs to impress his children. “They didn’t care until Jay-Z started rapping about them and Usher talked about wearing them all the time,” Smith said while in town to help honor Hainer. “I even gave my daughter a signed photo to take to the Usher concert [to try to get backstage]. It didn’t work.”