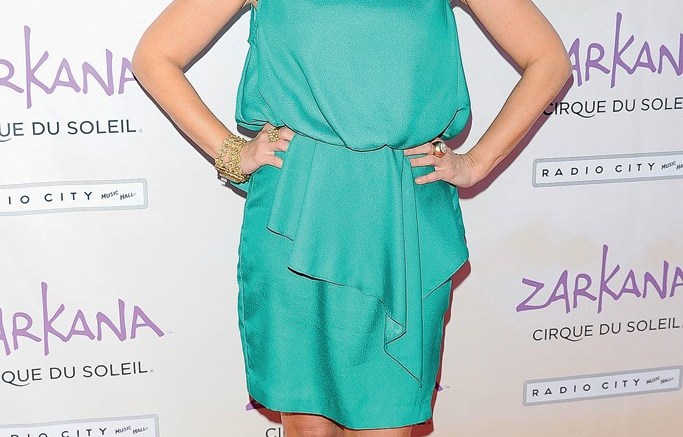 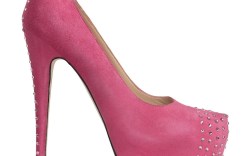 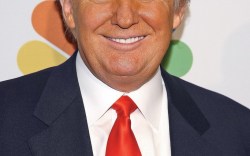 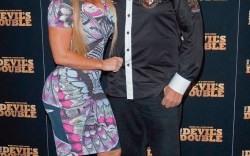 House Calls
There’s no stopping those Housewives. On the heels of Adrienne Maloof’s move into the footwear business, New York cast member Jill Zarin revealed she is considering bowing her own shoe line as early as next year. For now, though, Zarin regularly sports Christian Louboutin, Jimmy Choo and Valentino, which she chose for last week’s fiery reunion episode. But she also found something to add to her shopping list while vacationing in the Hamptons. “Sam Edelman is my new favorite. And his shoes are really reasonably priced,” the housewife told Spy last week while she was back-to-school shopping with her daughter at Ralph Lauren’s Rugby store in East Hampton, N.Y. And Zarin isn’t the only one getting in on the footwear action. Beverly Hills cast member Lisa Vanderpump teamed up with designer Ryan Haber on his debut collection, Alter Ego, to create an exclusive Vander pump style for spring ’12. “[Lisa] is so down-to-earth and real,” said Haber.

Angel Wings It
Angel Martinez knows how to party. The Deckers Outdoor Corp. CEO said he recently vacationed with his wife for two weeks under the Tuscan sun. “I love to go there for the wine, but mostly I’m a food guy, so I ate and drank,” he said, adding that in true vacation form, he decided to leave his work behind. “I had my cell phone, but no email, and it was wonderful.” And the celebrations continued for Martinez upon returning, when he was honored with the Footwear Industry Icon Award at last week’s ENKWSA opening night soiree. Cocktails flowed once again, but this time the wine was replaced with Ahnu-tinis (the signature drink of the night, named in honor of Deckers’ Ahnu brand, which was relaunched at the show). After accepting the award, Martinez turned the spotlight over to Ahnu President Jim Van Dine, who handed out some honors of his own to retailers that offer special support to emerging brands. The honorees included The Tannery, Onlineshoes.com, Zappos.com and Schnee’s.

Shoe Freak
Rapper Ice-T may love his wife Coco — and vice versa — but Coco also loves shoes. And to tell the world about her obsession with footwear, the star of the E! reality show “Ice Loves Coco” performed a song titled “Shoe Freak” in a recent episode. But being a self-proclaimed “freak” has its perks. The star, whose legal name is Nicole Austin, revealed to Spy that she no longer visits the Christian Louboutin store because the brand ships new pairs directly to her house. “I’ve been collecting shoes since I was 15,” she said, adding that her footwear wardrobe exceeds 700 pairs. “[Ice] loves rims and cars; I love shoes. I drool over them.” So what is Ice-T’s favorite look on his wife? “Ice isn’t into the platform look. He likes the old-school pump,” she said.

Trump Card
Bob Goldman is a fan of The Donald. The Chinese Laundry CEO put in some face time with Donald Trump behind the scenes at the Miss USA competition last month. And as the official sponsor for the pageant (which Trump owns), Goldman’s brand received some prime exposure. “We ended up with almost eight minutes of television time,” the shoe exec told Spy last week at ENKWSA. “It was phenomenal. The ratings were unbelievable.” But despite being a fan, Goldman still passed on the opportunity to go into business with “The Apprentice” host. “He pitched us on putting together a Miss USA footwear brand, but we’ve got our own brands to work on,” Goldman said.

Hold ’Em
Beth Shak’s winning streak continues. After Footwear News ran an article last Monday showing an inside look at the poker player’s closet of 1,200 pairs of shoes, Shak has been the talk of the town. The NY Post ran an article in last Wednesday’s paper, which was later mentioned on “Live With Regis & Kelly.” And on Thursday, the cast of “The Today Show” discussed Shak’s shoe obsession. “The press has been fun,” she said. “I love my shoe collection. It’s interesting to see other people’s reaction to it.” But Shak has no plans to slow down. She dished to Spy that her latest purchase was a pair of 6-inch saddle pumps by YSL.