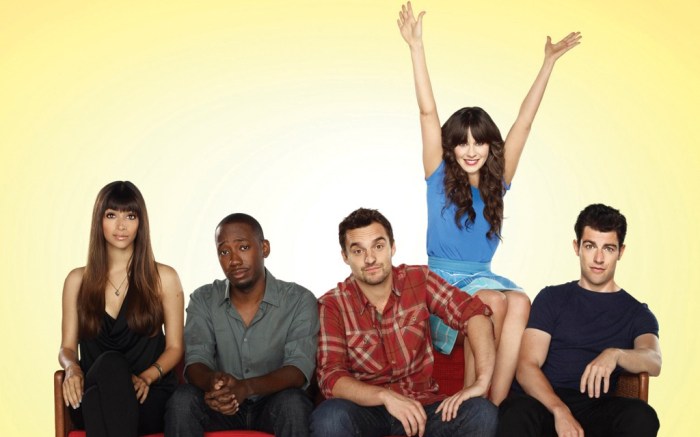 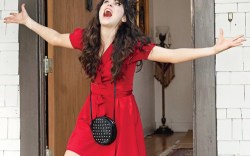 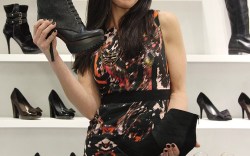 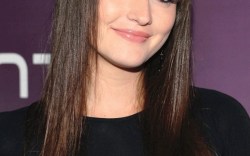 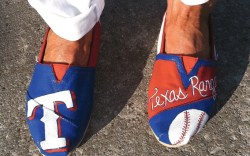 Girl Talk
There is a new girl in town. Fox’s breakout sitcom “New Girl” stars character Jess Day, played by Zooey Deschanel, whose footwear is just as quirky as her personality. “Jess is more eccentric than the average girl, and her [outfits], although at times comical, are always interesting, fresh and modern, never dorky or unfashionable,” said costume designer Debra McGuire. “I use a lot of bright colors and [bold] fashion alternatives for her because the clothes and shoes must reflect how fun she is.” Here, McGuire sounds off on dressing such an outgoing cast.

Deschanel’s character is down to earth and goofy. Does this influence her style and footwear choices?
“I would describe Jess as quirky. She is funny and sweet, which ties in with her being a teacher by profession. So far, she has been wearing a lot of flat pumps, ballet slippers and some kitten heels.”

The pilot episode had Jess pairing Louboutin heels with denim overalls for a first date. Was it deliberate for her to wear such expensive shoes?
“Absolutely. Her best friend Cece is a glamorous fashion model with killer style. The idea was that she borrowed the heels from Cece. She recently broke up with her longtime boyfriend and didn’t know what to wear on a first date. It reflected the innocence and likability of the character in that scene.”

Jess lives with three male roommates. What types of footwear will the guys be wearing?
“All three guys similarly are in their mid-20s and recently graduated from college. After dropping out of law school, Nick finds himself living in the comfort of Converse sneakers while tending bar. Schmidt works in a young-professional environment, so his style is a little more polished, like oxfords by John Varvatos . And Winston is the resident jock who is almost always in Nikes or some form of athletic sneaker.”

What can we look forward to seeing in the upcoming weeks?
“There will be a bit of an evolution with Jess. She gets more confident, independent and funnier as the season progresses. The shoes and clothes are used to add laughter to the show each week.”

London Calling
How high is too high? “The higher the heel, the closer to God,” quipped Stacy London, host of TLC’s “What Not to Wear.” “That is my style.” So what new looks has the stylist been embracing? “This season I’m rocking Stuart Weitzman non-stop because the shoes are so comfortable,” she said while making an appearance for the brand to open its new pop-up shop at Bloomingdale’s in New York. The two-week Weitzman shop is the first of many footwear upgrades at the department store. “We’re excited to have the new Stuart Weitzman outpost as part of our overall renovation of Shoes on 2,” said Debbie King, Bloomingdale’s VP and DMM of women’s shoes.

Party Hat
Leighton Meester loves to gossip — about shoes. The “Gossip Girl” star may have an impressive collection off set, but surpisingly her fave styles don’t make it on camera. “I rarely have to wear shoes because you don’t see my feet in a lot of the shots,” she said. “Most of the time I’m in Uggs.” But that doesn’t mean she’s afraid to dress it up, and last week was the perfect occasion at a soirée fêting Roger Vivier’s Rendez-Vous limited-edition collection at the label’s Madison Avenue shop. Meester dished about her favorite styles, including thigh-high boots and a pair of pointy-toe ankle boots with double buckles. Meanwhile, Vivier creative director Bruno Frisoni talked about his most memorable Halloween moment, when he dressed up as Gilligan from “Gilligan’s Island” two years ago in Los Angeles. “I didn’t know who he was,” said Frisoni, who wore a bucket cap and red sweater to complete the look. “But everyone kept shouting ‘Gilligan!’ when I walked by.”

Grand Slam
The MLB World Series has been a family affair for Blake Mycoskie. The Toms Shoes founder has been attending baseball games for 35 years with his grandfather, the first team doctor for the Texas Rangers, and his father, who coached Mycoskie until he was 14 years old. “Needless to say, our family has been waiting for a very long time for this [world-series] moment,” he said. And as true Texas fans, the family attended games in style. Mycoskie chose red pants, a Rangers jersey and blue Toms, while his mother and father wore custom Texas Rangers Toms (pictured), courtesy of retailer Tessie’s Attic. “So many people asked my mom where she got her shoes that it was like being on the red carpet,” said Mycoskie.

In Action
Roll the cameras. Tony Hsieh and his Zappos.com team had their moment in the spotlight with a “20/20” special segment dedicated to life in the company’s unique headquarters. The show, which aired on Friday, highlighted the team in action in their workplace, where the CEO puts a focus on fun. “I really enjoyed talking to Barbara [Walters] about Zappos and our efforts to help revitalize downtown Las Vegas,” said Hsieh. “Plus, I didn’t cry.”

Footwear Frenzy
And then there was one. After 35,000 shoe fanatics voted in the Footwear News and Saks Fifth Avenue “Sexy Shoes” contest, Valentino was crowned the winner. But for “Today Show” co-host Kathie Lee Gifford, it was no surprise. “Valentino never makes a design mistake, as far as I’m concerned,” said Gifford, after she announced the winner on-air. “It’s a beautifully designed shoe and has enough of the lace to suggest what’s maybe underneath your clothing.” Alongside Hoda Kotb, Gifford even declared the pair of pumps her favorite before actually unveiling the winner. Rounding out the winners was Jimmy Choo’s Swarovski crystal sandals in second place and Prada’s knee-high leather boots in third.