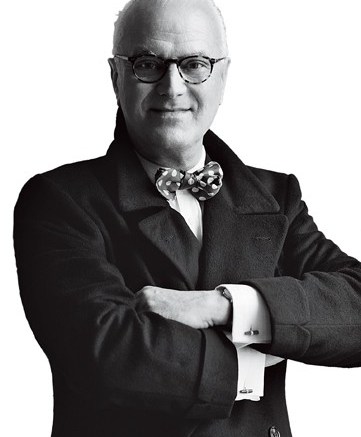 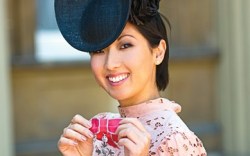 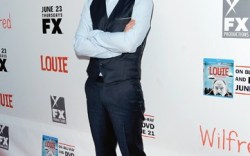 Star Power
Lights, camera, action. Footwear is taking the spotlight for the upcoming documentary “God Save My Shoes,” featuring a handful of hot designers, including Christian Louboutin, Manolo Blahnik, Pierre Hardy and Walter Steiger. “I do rather enjoy talking in front of a camera, especially when the people interviewing me are amusing,” Blahnik said of his time on set. “Manolo’s bustling energy was something, [and] seeing Christian Louboutin designing a shoe from beginning to end was quite exhilarating,” said the film’s writer and director, Julie Benasra. Celebs such as Fergie, Kelly Rowland and Dita Von Teese also make cameos in the film, which is slated to launch during an event at Paris Fashion Week in September and on Canal Plus TV. “Shoes are the one accessory that crystalizes desire, compulsive behavior and sometimes obsession,” said producer Thierry Daher. But according to Blahnik, the reason women are fixated on footwear is quite simple. “I guess it has something to do with sex and heels,” he quipped.

Royal Affair
Beatrix Ong is having a royal moment. As a British designer, she’s certainly no stranger to the scene, but after her recent appointment as Member of the Order of the British Empire, Ong finally had time with the Queen herself. “I was in absolute awe of her,” the designer said of meeting her majesty at the award presentation earlier this month. “She was warm, friendly and disarmingly beautiful.” Ong said her spring ’12 line ties in well with the royal theme, including some low-platform sandals. “They’re more ladylike and perfect for those summer parties and tea at the Palace,” she said. “But naughty enough to perhaps snag [Prince] Harry.”

Friends Forever
What are friends for? Dave Ortiz of New York sneaker shop Dave’s Quality Meat has been absent from the retail scene for many months, but his long-awaited new skate and bike shop, Dave’s Wear House, is soft launching this week. And Ortiz said longtime pal Elijah Wood — in-town doing promos for his new FX series, “Wilfred” — could be the first guest in the in-store studio, a glassed-in back room where Ortiz plans to interview skate, BMX and celebrity friends. But the retailer has more plans for his actor friend when off the air. “I’ll have him sweeping floors,” Ortiz joked.

Luxe Looks
FN Platform is getting a taste of luxury. Starting with its August edition, the Las Vegas trade show will add a new section, Black Diamond, to showcase about 20 high-end designer brands, including Jerome Rousseau, Marc by Marc Jacobs, Pollini and Missoni. “I’ve always been known for the luxury portion, and we’re at a point where we are ready to embrace it,” said VP of footwear Leslie Gallin. “This section will showcase the up-and-coming designer brands and tried-and-true favorites.” Gallin also hinted to Spy that the new space will attract some major names. (Snooki made the rounds in February, while Paris Hilton walked the show floor in 2010.) “It will definitely be a star-studded event,” she said.