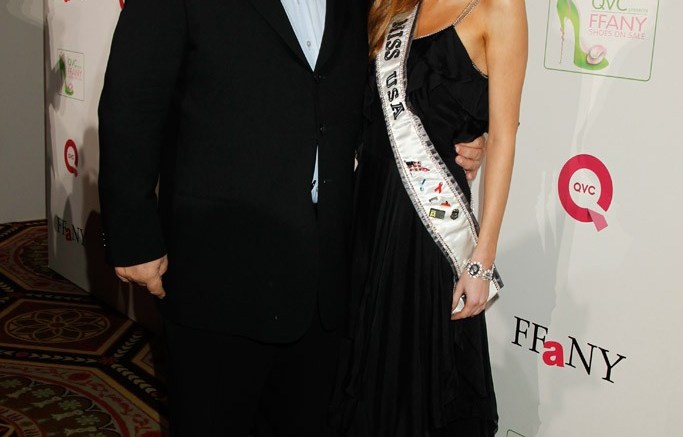 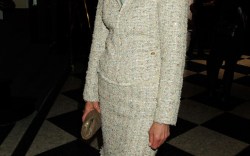 Model Behavior
Miss USA Alyssa Campanella has been making the industry rounds. First, the beauty queen hit QVC Presents “FFANY Shoes on Sale” last week, and then Monday, Spy caught up with her at an L.A. soiree thrown by Chinese Laundry at The Redbury Hotel to celebrate its newly appointed Web ambassador Kristin Cavallari. And even as the party got under way, Campanella, wearing open-toed, glittery silver platform pumps, said her thoughts were with E! News host Giuliana Rancic, who announced earlier in the week that she has breast cancer. “The important thing to point out is that she caught it early because she did exactly what you’re supposed to do — she got a mammogram,” said Campanella, who is working with Susan G. Komen for the Cure to raise breast cancer awareness. “And that’s what we want to tell people to do.” While Campanella said she’ll continue to work with the foundation after her reign ends, don’t expect to see her working in health care. “I’m a germaphobe,” she said, laughing. “I won’t even see [the movie] ‘Contagion.’” Also in the party mix was Chinese Laundry CEO Bob Goldman, who said the company was preparing to open its fifth retail location later this month, in Mission Viejo, Calif., and is also ready to make the concept global. “We’re looking to open a bunch of stores internationally,” he said. And while he declined to name a specific country or region, Goldman added, “A lot of different places make sense for us now.”

Fight On
Susan G. Komen for the Cure founder Nancy Brinker has been making a difference in the fight against breast cancer for almost 30 years, but she’s loved good shoes for even longer. In 1968, she worked as an assistant in the couture department at Neiman Marcus, and FFANY President and CEO Joe Moore sold Brinker her first pair of Ferragamo shoes. “I’m embarrassed to say [how many pairs I have now],” said Brinker at Shoes on Sale last week, where she was honored with the FFANY Jodi Fisher Humanitarian Award. “I like to look at them as much as I like to wear them.”