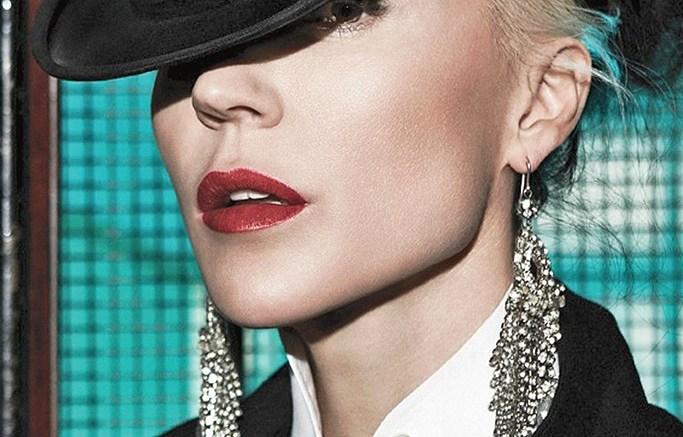 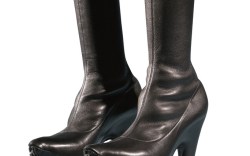 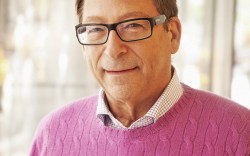 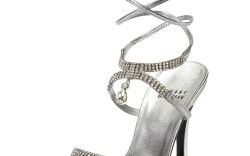 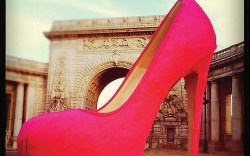 Style Starter
Valerie Steele knows style when she sees it. The director and chief curator of the Museum at the Fashion Institute of Technology worked with Daphne Guinness for more than two years — visiting Guinness’ New York apartment and her storeroom in London — to collect key footwear and clothing looks for a new exhibition opening Sept. 16. After searching through a large collection of images, the Museum at FIT will now feature 100 of the style icon’s greatest pieces, spanning the last 15 years. And you can be sure the chosen outfits dress to impress. “The guiding principle was to show Daphne’s personal style,” said Steele. “The pieces had to be extraordinary to be in the show.” Here, Steele talks about working with an icon and uncovering shoes that only one woman can walk in.

Why did FIT want to feature Daphne Guinness?
“It’s very important to feature individual women of style. There are a lot of [exhibitions] on designers, but fashion is about more than what designers create. Daphne has such strong personal style and she’s someone who inspires.”

What are some of the stand-out shoes that will be in the show?
“We are featuring 10 to 12 shoe styles from designers such as Alexander McQueen, Nina Ricci and Christian Louboutin. Some of them are styles Daphne specially commissioned. All of them are extreme, not like anything designers make to sell in stores. Plus, nobody but Daphne can walk in them.”

Did you have any trouble convincing Guinness to give up her favorite styles?
“There was one pair of McQueen boots she didn’t want to part with, but then she remembered she had another pair, so it was OK.”

Do you expect the recent hype around the Alexander McQueen exhibition to impact the popularity of Daphne’s show?
“We began planning this exhibit long before the McQueen show took place, but I think it will remind people how visually extraordinary fashion exhibitions can be.”

Star Power
Stuart Weitzman is putting on his party hat. The designer, who is celebrating his 25th anniversary in the business this year, also just marked his 70th birthday. Weitzman — whose friends and family surprised him with a party — said his favorite gift came from his daughter. “[It was] a memorable poem that reflects upon our numerous adventures together,” recalled Weitzman, adding that he also plans to attend the US Open as a present to himself. And when reminiscing about his many moments in the spotlight over the years, he said one particular event stands out: “enjoying the excitement of our million-dollar sandal, [worn by] Laura Elena Harring at the 2002 Academy Awards.” But there’s more in store. Weitzman is working with new starlets including Scarlett Johansson, Olivia Palermo, Michelle Trachtenberg and Hayden Panettiere to create footwear styles to benefit ovarian cancer research at the Folkman Institute in Boston.

Map It
Shoes were made for walking, and that’s just what they’ll do in “Shoes About Town,” Bergdorf Goodman’s interactive map, launching on their blog 5th/58th later this month. Unlike the retailer’s shopping app “Today’s Shoe,” which Bergdorf is about to update, “Shoes About Town” is a location-based program that invites shoppers to take Instagram-photos of styles against cityscapes and other creative backdrops, hash-tag them with #BGShoes and geo-tag them. “The concept is obsession that has no boundaries,” said Bergdorf’s social media manager, Cannon Hodge. She has recently been tweeting Instagram photos of such scenarios as a Valentino lace boot on the Top of the Rock’s observation deck, and a Brian Atwood pump at the foot of the Manhattan Bridge (above).

Office Work
The upcoming NBA season might be in jeopardy, but baller Brandon Jennings has a back-up plan. The Milwaukee Buck is interning at Under Armour this summer and will continue working with the brand should the lockout continue. “Sitting behind the desk is totally different for me,” Jennings said. So what’s the biggest footwear lesson the pro has learned so far? “It’s not easy designing a shoe — or even naming a shoe,” he said. “You also don’t want to make a shoe that looks like something else, so [the design process] takes a long time and there’s a lot of hard work to it.” And while Jennings might be a rising star on the court, he said he’s enjoying the current challenges of office life. “I’m not thinking about the lockout too much, I’m just trying to keep myself in shape and be ready for whatever happens,” he said. “Right now, I’m really into my internship and I’ll be here for a while.”

Hole in Won
Snooki’s situation keeps getting bigger. The pint-size star is basking in the return of “The Jersey Shore” (now airing from Italy) with some buzzy media appearances, including a recent spot on “Late Night with Jimmy Fallon.” Nicole “Snooki” Polizzi joined the host in a game of “slipper golf,” while both wore styles from her collection with Happy Feet. And the viewing audience wanted more. Pat Yates, president of Happy Feet, which holds the license for the slippers, told Spy the line’s sales numbers are way up post-appearance. “[Compared with the same week last year], there was 10 times the spike in [website] traffic, and sales were up five times from last year,” Yates said, adding that the line overall has seen a fourfold increase in sales for the year compared with 2010 (the collection launched in October). So does Yates mix business with pleasure and watch the “Shore” himself? “I’m a little bit older than the demographic, but I watch it,” he said. “But when I’m with Nicole, I figure she lives it every day, so we try to talk about other things.”