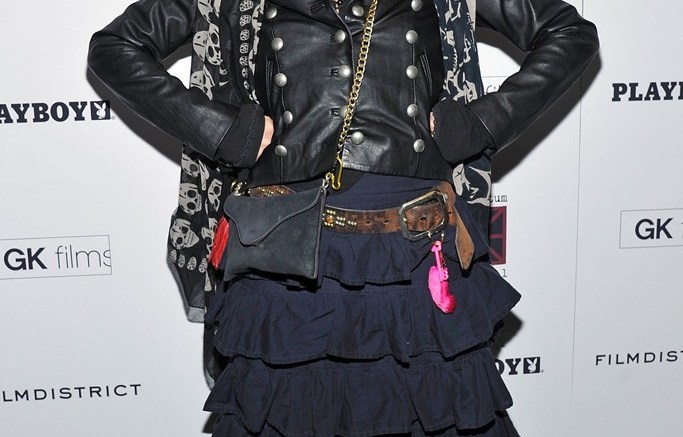 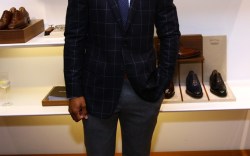 Happy Holidays
With the holidays just around the corner, Betsey Johnson is fretting about her schedule. “My boyfriend and I are thinking about where to go with the two grandkids and my daughter, but we have no idea [what to do], and I feel like it’s getting late,” she told Spy. When it comes to her next career move, she said the plans are a bit more concrete. While she wouldn’t reveal full details, Johnson hinted at a possible stint in TV. “[The project] will be something very ‘real,’” she said.

Salsa King
New York Giants player Victor Cruz wore Ferragamo from head to toe last Tuesday as host of the luxe brand’s party to launch its new Tramezza Special Edition. But for Cruz, his best dancing shoes may be his football cleats. The wide receiver has become known for doing some salsa moves each time he scores. He told Spy the now signature move was the result of a little peer pressure. “When Hispanic Heritage Month came around and I got the opportunity to have some playing time, one of my coaches said I had to do a little salsa [if I got a touchdown],” said Cruz, who is half Puerto Rican. “A few of my teammates overheard and said I had to do it. So I did against Philadelphia, and then I went home and my grandmother said her phone was blowing up. She said I had to keep it.”

Inked Up
For Denver Nuggets’ forward Chris Andersen, time off from the NBA has been productive. While in New York to promote Converse’s latest basketball launch, the “Birdman” said he’s been adding more tattoos to his inked-up 6’ 10” frame. “I just got an angel on my right ribcage and a devil on my left ribcage,” Andersen said. “It’s supposed to represent the decisions we have to make between good and evil.” So how many tattoos does the baller have? “Just one,” he said. “Everything connects, from my midsection, chest, back, neck and arms.” And the player, who spoke at the event, said he has still been working out (and putting miles on his Converse sneakers) with his high school coach in Texas. He’s also exploring alternative revenue streams: When told at the event that the players would be available for interviews, Andersen deadpanned, “It’ll be $100 each. I ain’t getting paid right now.”