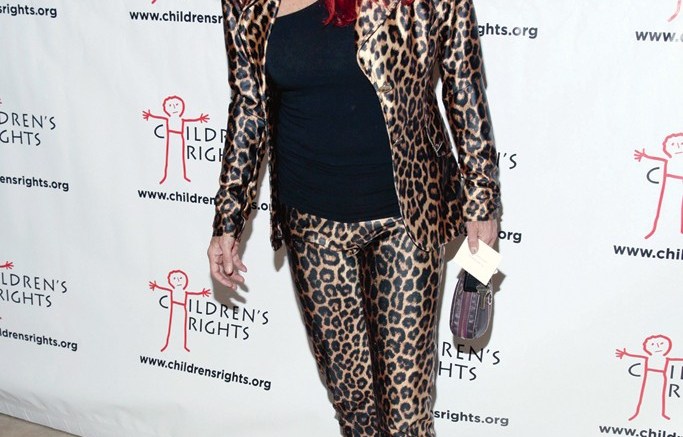 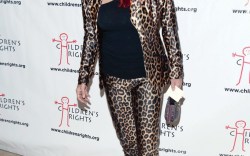 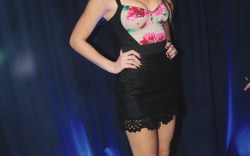 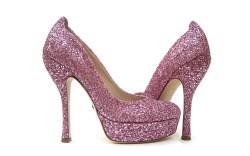 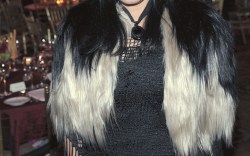 In this milestone year for the awards, there are a number of big firsts. Not only will Manolo Blahnik receive the first-ever Lifetime Achievement Award, but Kenneth Cole will take home the inaugural Icon Award for Social Impact.

“I founded my company on the philosophy that what you stand for is more important than what you stand in, and so to receive an award that celebrates the importance of this idea, and the small role I have played in communicating it, means a great deal to me both personally and professionally,” Cole said last week.

The designer, who will mark 30 years in business next year, joins an impressive list of footwear veterans on the awards roster, including Hall of Fame winners Patricia Field and Larry and Jim Tarica, who all have close connections to some of the other winners.

Field was responsible for bringing Blahnik to the small screen (and later the big screen) in “Sex & the City,” while the Taricas are working with Rachel Zoe on her footwear venture (chosen as a Launch of the Year).

“We have an incredible relationship. They know what I want and how I want to be represented,” Zoe said of the pair.

For her part, Field, who has known Blahnik since the 1980s, said the designer’s timeless designs stand the test of time. “When the trends are over, Manolo is still there,” she said.

Red Light
Blake Lively knows how to paint the town red. And she did just that last Tuesday in snakeskin Christian Louboutin Pigalle pumps, although the decision on which pair to wear wasn’t easy. “It was hard to choose,” she said while at the designer’s 20-year anniversary and book launch party at Barneys New York. “I just wore them all around my apartment and this was the last pair I put on.” Lively kicked up those same heels later in the night when Louboutin himself picked her up and carried her, creating a scene outside the store. Coincidentally, Louboutin also named the classic Pigalle look as his favorite in the book, which showcases his designs over the years. So when looking back over two decades, is it possible to choose a favorite time? For Louboutin it is. “2000 was a celebration of a completely new moment for everyone all around the world,” said the designer. Also on hand at the party was popular blogger Leandra Medine (aka “Man Repeller”), who, when introduced to the designer, showed off her Marlena flame heels, which were voted last year’s “Sexiest Shoe” in an FN/Saks competition.

Disney Darling
Jerome Rousseau is a Disney kid all the way. On the heels of his first collaboration for “Tron: Legacy” last year, the designer has channeled Miss Piggy to celebrate the launch of “The Muppets” movie, starring Jason Segel and Amy Adams. “I jumped at the chance to create a style inspired by the lovely Miss Piggy,” Rousseau said. “She’s cool, fierce and ostentatious — all things I love.” The famous Muppet, who will play the editor of Vogue Paris in the movie, is reemerging as a fashion icon, gracing the cover of “The Daily” during New York Fashion Week, appearing in a fashion story in November’s issue of In Style magazine and starring as the face of MAC Cosmetics. Rousseau took inspiration from Miss Piggy’s style, which he describes as curvaceous, flirty, fun and glittery. “I wanted this to be a shoe that sums her up nicely, without being too obvious about it,” he said. The Rousseau-designed pink glitter pumps will be sold on Saks.com and could make a red-carpet appearance at the premiere for the film, which releases Nov. 23.

Ask Anna
Even top designers still follow style advice. The best tip given to Anna Sui? “Take something off before you go out,” she said, citing as an example removing one of her two bracelets. “I like dressing up and I like accessories, but sometimes it helps to pare it down.” But there was nothing understated about Sui’s favorite fashion moment of the year. “The Alexander McQueen exhibition [at the Met’s Costume Institute] was an incredible homage and really showed what a legend he was,” she said, adding that 2012 will also be a big year for the designer herself as she launches a second collaboration with Hush Puppies for spring ’12.

Time Out
After 30 years in the business, Libby Edelman is taking a break. The designer has decided to go on sabbatical and will kick off her leisure time with a trip to Peru next month with the Soles4Souls team. “It’s time to get some balance in my life, and I’m really going to try to give back,” said Edelman. “I’m excited to be going to a country I’ve never been to and I really want to see their work hands-on.” And while Edelman isn’t sure when she’ll return to the office (she estimated about six months), her husband and partner, Sam Edelman, and the rest of the team will continue to oversee daily operations of her line. Also on her agenda: pursuing photography. “I thought it would be nice to pick up my camera again,” she said. “I’ll be taking photographs in Peru, and then, who knows?”

Tall Order
Amar’e Stoudemire may have a new fashion partnership on the table. The New York Knick, who recently collaborated with Rachel Roy, is on Ferragamo President Vincent Ottomanelli’s radar to be one of the brand’s ambassadors. “I’d love to get Amar’e in here,” he said at an event at the label’s New York flagship last week for its Tramezza line. “I gave him my business card [at FGI’s Night of the Stars], but I haven’t heard back yet.” Convincing the 6’10” Stoudemire may not be such a tough sell since he’s already a fan of the brand and other luxury labels that can provide a size 14. “When I’m not in Nikes, I wear some Ferragamos, or I throw on a pair of Louboutins,” Stoudemire said. “I like Gucci and Martin Maison Margiela, too.”