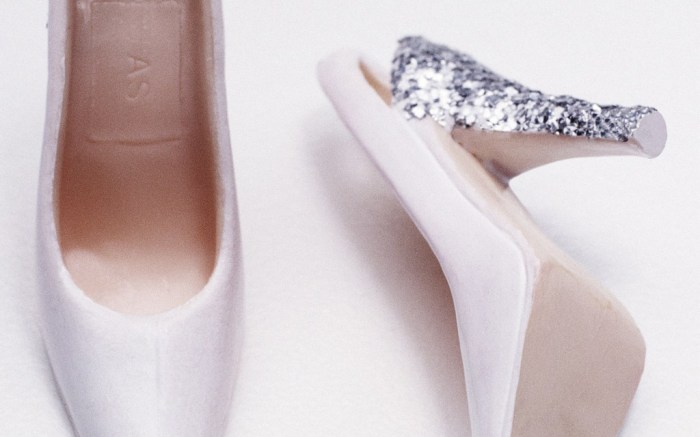 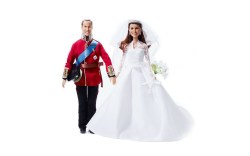 Doll House
British designer Aruna Seth is living out her footwear fantasy. Although she may have only shoed Kate Middleton’s sister Pippa for the royal wedding reception, the designer now has another shot at designing for a princess. British toy maker Arklu asked Seth to create a regal style for its just-released Kate Middleton bridal doll. While Middleton actually walked down the aisle in a pair by Alexander McQueen, the make-believe Kate wears a white slingback detailed with replica crystal embellished heels, inspired by a real Seth design. The doll was unveiled last week at London’s Hamleys Toy store and at Harrods, and is set to sell on Amazon.com for $80. For true Anglophiles, a box set that includes Prince William is also available for $160. So far, no word on his shoe designer.

Happy Days
Skechers has teamed up with fast food giant McDonald’s for a three-week Happy Meal toy promotion. Starting last Friday at McDonald’s restaurants across the U.S. and Canada, Happy Meal customers are receiving one of a series of six clip-on miniature Twinkle Toes by Skechers. The shoes feature a button on the sole that lights up the sneaker, inspired by the real Twinkle Toes shoes. Michael Greenberg, president of Skechers, called the McDonald’s partnership “an exciting intersection” of two brands that are popular with kids. “Our [children’s] footwear is designed as toys for your feet, and now with miniatures of our Twinkle Toes shoes, they literally are,” he said in a statement. And it doesn’t stop there. Marketing efforts will include McDonald’s Happy Meal TV commercials featuring Twinkle Toes, as well as banner ads and online content at Happymeal.com. The promotion also will be featured on Happy Meal boxes and drive-thru windows, and at the point of purchase.