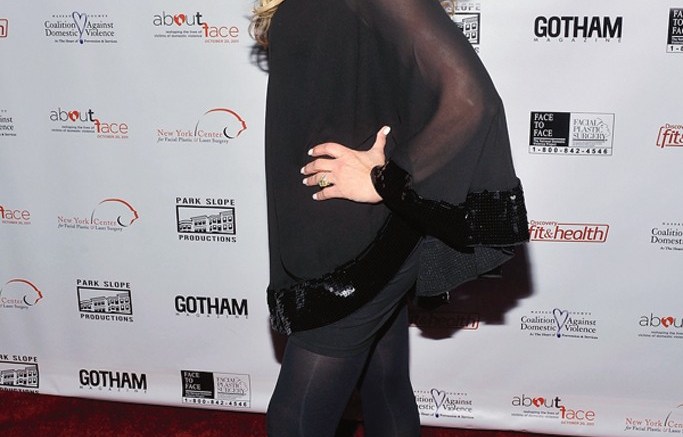 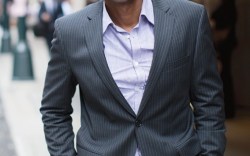 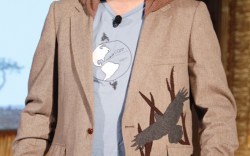 Adrienne in Action
Adrienne Maloof is no stranger to the spotlight, and now she’s taking center stage in her own shoes. The “Beverly Hills Housewife” spent time with Andy Cohen last week on “Watch What Happens Live,” where she showed off her Shaun pumps from the Adrienne Maloof by Charles Jourdan line. “I wanted to wear something very holiday that would have the glitz,” she said. Up next is a stint on Wendy Williams’ show, and on Dec. 5 Maloof will appear at Macy’s in Sherman Oaks, Calif., followed by a trip to Vegas to showcase her collection. Maloof also hinted that the “Real Housewives of Beverly Hills” viewers will get a first-hand look at the birth of her brand. “It’s part of the story line and there is a big surprise,” she said. Looking ahead, Maloof plans to launch a lower-priced line under her own name in 2012 and expand with handbags and jewelry. “I want to be able to reach out to people who can’t afford that price,” she said of her Charles Jourdan shoes. “Now everyone can enjoy a little bit of Beverly Hills [style].”

Recipe File
Celebrity chef Marcus Samuelsson, now battling it out on season four of The Food Network’s “Next Iron Chef,” has yet another project in the fire. Following the 2011 debut of a series of kitchen-friendly footwear he co-designed for Mozo’s Chef’s Signature Collection, Samuelsson’s cooking up his 2012 collection: a three-pattern series inspired by his passion for sneakers, set to bow in August. According to Samuelsson, who recently held court with the Mozo team at his Red Rooster eatery in Harlem, the line meets all the requirements of performance duty shoes. “You can wear them whether you work in a kitchen or not. They’re about style, flavor and functionality.” When he’s not on kitchen duty, Samuelsson said he opts for a pair of leather sole dress shoes, and he proudly talked about his recrafted 10-year-old cap-toe slip-ons.

Keenlandia
At his speech to the WWD CEO Summit in New York last week, Keen President and CEO James Curleigh made much of his small-town-guy-in-the-big-city status. Born in Halifax, Nova Scotia, he now resides in Portland, Ore., where Keen is headquartered. So after his speech, what did the exec have planned for his Big Apple trip? A little retail touring, including REI’s soon-to-be-opened Manhattan location. But as much as Curleigh enjoys New York, he said he’s a big fan of his adopted hometown and even watches IFC’s cult comedy favorite “Portlandia.” Pointing to his customized jacket by the city’s Bella Sisters label — which adds a hoodie and avian-shaped appliqués to a tweed blazer — Curleigh said, in reference to a popular bit:
“This is totally Portlandia. Put a bird on it, right?”