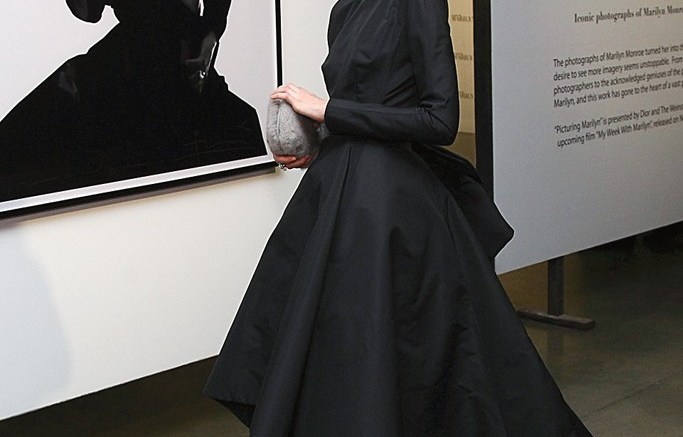 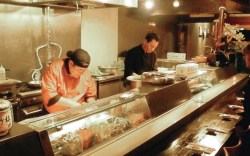 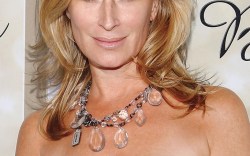 Strike a Pose
Dree Hemingway recently spent a week in Marilyn Monroe’s shoes. The model was selected to don a Dior re-creation of the voluminous black dress that Marilyn Monroe wore in her last photo shoot, for Vogue in 1962. “It was unreal and somewhat intimidating,” Hemingway said at last week’s FN Achievement Awards. Hemingway wore the dress to the “Picturing Marilyn” photography exhibition at Milk Studios, which featured the original Vogue portrait, “The Last Sitting.” And the opening soirée was followed by a special screening of the new film “My Week with Marilyn,” though Hemingway skipped the preview and instead had dinner with producer Harvey Weinstein. She said she plans to watch the film later, in a cozier setting.

Wasabi Time
Mr. California is now Mr. California Roll. Isack Fadlon, co-owner of Sportie LA, along with family members, recently got hooked by the fish business with the opening of a kosher sushi restaurant called Saba Sushi on L.A.’s Melrose Avenue. And while the new venture is a far cry from the shoe biz, Fadlon said it still stays true to the core values of Sportie LA. “It’s about Los Angeles and it’s about Melrose — and that’s who we are,” he said.

Friends With Benefits
The footwear crowd is making the rounds on “The Real Housewives” franchise. BBC International head honcho Bob Campbell made a cameo on last week’s episode of “The Real Housewives of Beverly Hills,” which featured a fashion show filmed at Adrienne Maloof’s house to celebrate her new footwear line with Charles Jourdan. Back in the Big Apple, at the Two Ten Footwear Foundation dinner last week, New York housewife Sonja Morgan promised big things from the season ahead and hinted that her friend Wendy Madden might get some airtime during the new season, being shot now.

Shoe Frenzy
Footwear will soon have a starring role in Tinseltown. Leslie Gallin, VP of footwear for FN Platform, told Spy she has gotten the green light from Beverly Hills Mayor Barry Brucker to organize a Shoes’ Night Out shopping event, similar in spirit to Fashion’s Night Out, but dedicated to the feet. Gallin said she envisions the project as a three-day event sometime between March and May. “We’re talking Beverly Hills right now,” she said, “but I truly believe this is going to become a national event.”