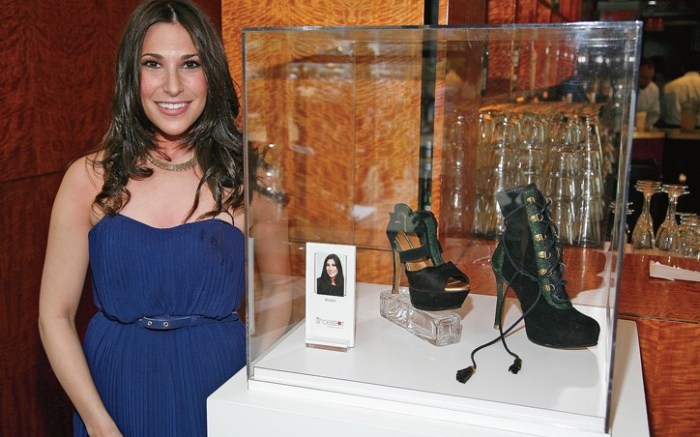 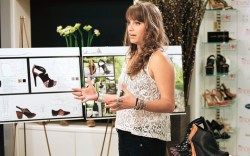 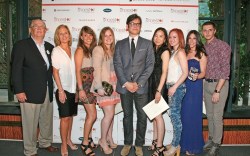 View Gallery 3 Images
NEW YORK — It all came down to one moment.

“I’m so excited,” Fishbein said. “I had absolutely no idea who would win because Keena and I are polar opposite [designers], so it could have gone either way.”

Fleming, who walked away with a $1,500 check, agreed that both had a good chance at the title, but said she was pleased with the outcome. “I wasn’t sure what would happen tonight. But Rachel is so talented and I’m happy for her,” said Fleming, whose immediate plans include a trip to Paris. When she returns, she will begin her full-time job hunt.

And in the end, all the contestants walked away as winners, after FFANY President Joe Moore surprised them with scholarships for a week-long design program in New York put on by the prestigious Ars Sutoria School. Fishbein received an even larger scholarship and, as part of her new gig, will attend the Ars Sutoria program in Milan for 10 weeks.

The emotional evening, held at the Bryant Park Grill  in New York on the opening night of FFANY, capped off an arduous seven-month journey that challenged the budding designers like never before and pitted friends against each other in a reality show battle.

Throughout the competition, the contestants had the rare opportunity to  present their work to a star-studded group of judges, including celebrities such as Fergie, designers such as Vera Wang, Blake Mycoskie and Sam and Libby Edelman, and top retailers from Macy’s and Saks Fifth Avenue.

Saks President and Chief Merchandising Officer Ron Frasch was the guest judge for the fifth and final challenge, joining Sullivan and Atmore on the judges’ panel.

Fleming and Fishbein each had the task of creating a full collection for Saks, as well as an ad campaign to support it.

Fishbein, who stood out throughout the competition with her strong design, enthusiasm and presentation skills, unveiled a high-end brand called Alexandra Capri, an imaginary name she liked as a child. The collection featured a bootie and sandal incorporating a mix of luxe materials.

“My whole company is about mixing comfort and high fashion,” Fishbein told the panel, adding that she had developed a patent-pending comfort cushioning system as part of her line.

Fishbein, who did extensive research for every challenge, outdid herself one final time. To make sure her collection was right for the Saks consumer, she spent several hours at the store showing the sales staff her offering.

“I had to go to Saks, obviously, to do as much research as I possibly could,” Fishbein said. “And what I found out is that a lot of these luxury brands are really missing comfort in their shoes.”

For her commercial, Fishbein played off a dark Cinderella story. “It’s kind of a romantic, fun play on the fairy tale,” she said.

Meanwhile, Fleming’s brand, called Ephemeral, had less of a high-end feel, but was fashion-forward with a wrapped-wedge shoetie and strappy sandals adorned with tribal fabrics.

“My target customer is very free-spirited, very bohemian, but very European chic. This line very much speaks to me,” Fleming told the judges. “My particular brand would be on the lower side of Saks Fifth Avenue, so the shoes would be around $400 as opposed to $800 and up.”

Fleming added that her advertising spot also meshed well with her core consumer. “It’s a story of a girl who is very free spirited, but she still is really sexy, so it’s about merging the two playfully, so it’s not the stereotypical sexy stiletto.”

When it came down to scoring the pair, the judges had plenty of mixed opinions. “Their collections were very different,” Frasch said. “[The question is] who is Brown Shoe going to want to interject into its design body?”

The executive applaud Fishbein’s preparation and professionalism, as well as her focus on quality and materials. But he questioned her decision to spend so much time on the Saks floor, noting that designers need to maintain their own vision.

For his part, Atmore also complimented Fishbein on her presentation skills and attention to research. And he praised Fleming for coming up with unique looks that filled a void in the Saks shoe department. “In a way, she took a chance because she was trying to attract a new buyer at Saks,” Atmore said.

According to Sullivan, the decision process was far from easy.

“The two of them are fantastic, but what I love about Rachel is that she is not only creative, but has an incredible process in the way she designs,” Sullivan said. “[She will bring] energy, freshness and a new approach [to Brown].”