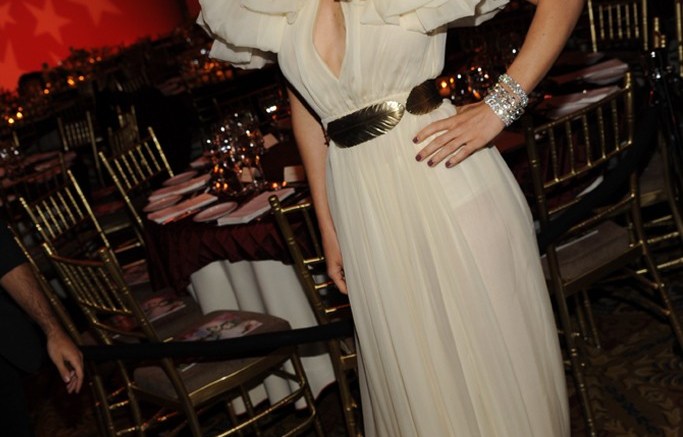 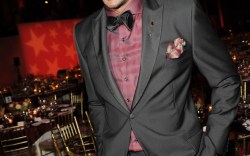 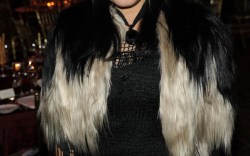 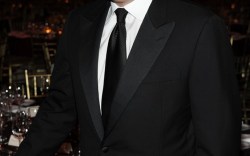 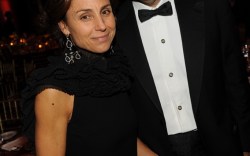 It was a glamorous fashion crowd in New York on Thursday as The Fashion Group International honored the “luminaries” for the year at its Night of Stars gala.

It was a family affair for the Ferragamos. Massimo Ferragamo, Giovanna Gentile Ferragamo and Ferrucio Ferragamo accepted the Board of Directors Legend Award on behalf of their mother, Wanda Ferragamo (who was not in attendance).

“This comes as a nice excuse to all visit in New York,” said U.S. Chairman Massimo Ferragamo. “It’s an honor to be here for my mother and father, who have accomplished so much.”

“I love the fact that the Saks team is here being recognized,” said Sadove, adding that the standout moment for the company this year was just staying afloat. “What’s exciting for me is how well the company has responded to the changing [economic] environment.”

“Amar’e brought such a sense of style to New York. I got to know him and admire his style, so it felt like the right time for the award,” said Hoffman.

The executive added that the retailer’s revamp at its flagship has received favorable reviews.

“It’s been a great year, and we’ve gotten to see the new facelift bring new traffic. And we’re selling a lot of shoes,” he said with a large smile on his face.

Simon Doonan of Barneys, who was the evening’s host for the second year in the row, was excited about the “good lineup” of honorees, but also was loving another hot fashion scene in New York.

“There are some great fashion moments happening at Occupy Wall Street in New York,” said Doonan, the former creative director and now ambassador for the firm. “There are some serious bohemian moments.”

Newlyweds Lauren Bush and David Lauren walked the red carpet hand in hand, as David Lauren was presenting his wife with the Humanitarian Award for her work with Feed. “I’m very humbled. It’s very surreal,” said Bush. “I still feel like we’re in start-up mode. This is encouragement to do more and broaden Feed’s reach.”

Also walking the carpet was husband and wife design duo Isabel and Ruben Toledo, who were excited to talk about Isabel Toledo’s new book, launching early next year.