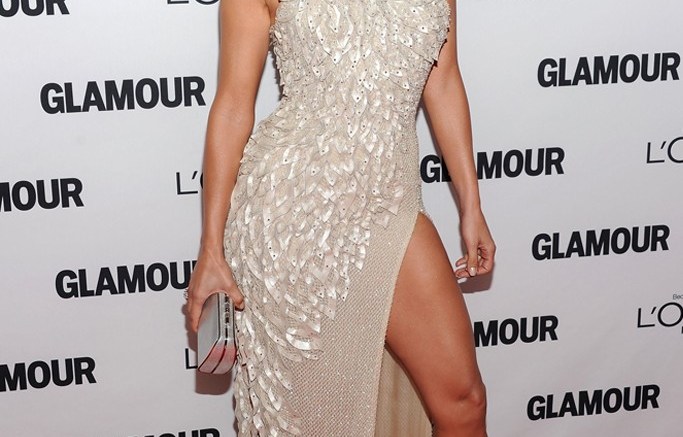 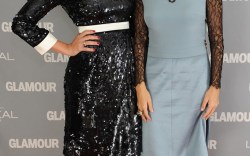 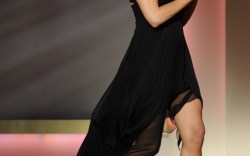 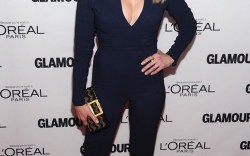 It was a night of big names and big moments.

Burch, who received the “Fashion Force” award, told the crowd that the women in her life have made her business what it is today. “Women are our best investment,” Burch said, adding that 80 percent of her 1,300 employees are female.

The designer was introduced by friend Jessica Alba (wearing Jimmy Choo pumps), who said that even her 3-year-old daughter Honor was a fan of Burch’s popular Reva ballet flats.

Lopez, who wore a form-fitting, cream Versace dress with glittery peep-toe pumps by Jimmy Choo, received the “All-Star” honor from Donatella Versace herself.

Jennifer Aniston, in a sexy black frock and eye-catching Celine ankle-strap sandals, got plenty of laughs when she introduced comedian Chelsea Handler, who received the “Queen of the Night” award while wearing strappy Stella McCartney shoes. “I’m madly in love … with Chelsea Handler,” Aniston joked.

A number of other celebrities, including Lea Michele (an honoree) and Emma Stone, also shone onstage. But some of the evening’s biggest stars were women who have waged important battles this year. ABC News anchor Diane Sawyer told the story of Giffords, the young Arizona senator who was shot in January and is determined to get back to Congress.

“She reminds me every day to deny the acceptance of failure,” said Giffords’ husband, Mark Kelly, who received his wife’s “Special Recognition” award on her behalf.

Another determined honoree was Abdel Fattah, who was at the center of the revolution in Egypt this year. Known to many as “Facebook girl,” she used social networking to mobilize support and record her experiences for the world to read.