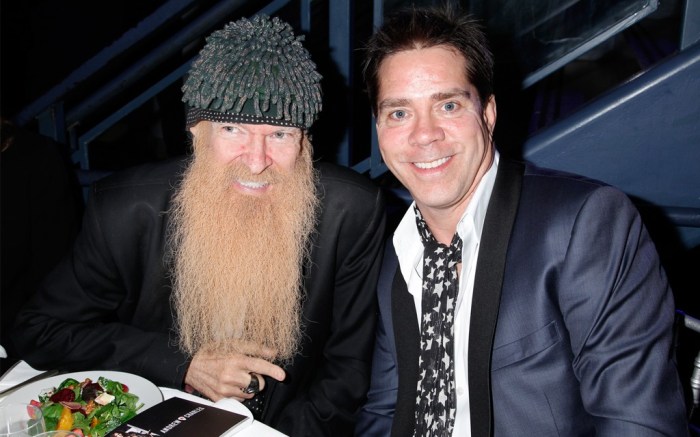 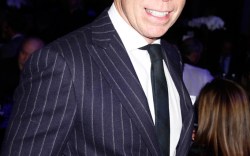 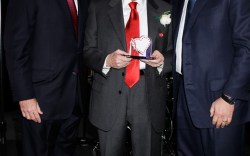 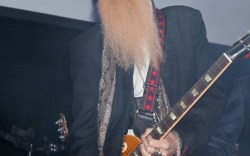 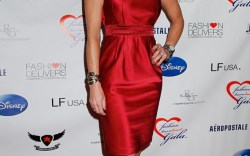 Fashion Delivers honored Andy Hilfiger, Thomas Johnson, Pamela Lifford and John Pomerantz at its sixth annual “Fashion Has a Heart” gala on Tuesday at the American Museum of Natural History in New York.

The charitable foundation, which provides clothing and home furnishings for families affected by natural disasters and poverty, also established the John Pomerantz Leadership Award, celebrating the industry veteran, philanthropist and Fashion Delivers founder and board member.

“Throughout John’s career, he has remained an example we can all follow,” said Lord & Taylor President and CEO Brendan Hoffman, who presented the award. He noted Pomerantz’s long history in fashion, as well as his involvement in various charities, including Citymeals-on-Wheels and the Bachmann-Strauss Dystonia & Parkinson Foundation.

Tommy Hilfiger also made a special appearance to introduce brother Andy Hilfiger, who wears many hats as a musician, president of marketing for MESH/Star Branding and creative director of the clothing line Andrew Charles.

Tommy Hilfiger said that, in addition to his brother’s nonprofit activities, which have included supporting the Nancy Davis Foundation, the ASPCA and Haiti relief, Andy Hilfiger also has influenced his namesake label. “Andy has brought music to my fashion and helped build Tommy Hilfiger into a global, music-inspired brand,” he said.

ZZ Top’s Billy Gibbons was also in attendance. The guitarist reminisced about appearing in a Tommy Hilfiger ad campaign several years ago, and Gibbons and Andy Hilfiger got out their guitars and performed a rock number together.

Executives from Aéropostale showed up en masse to applaud CEO Thomas Johnson, who was honored for his work supporting Fashion Delivers and other endeavors, including his company’s Aero Cares foundation.

The evening concluded with a surprise mini-runway presentation showcasing looks from the Andrew Charles collection, which launched at retail this fall.