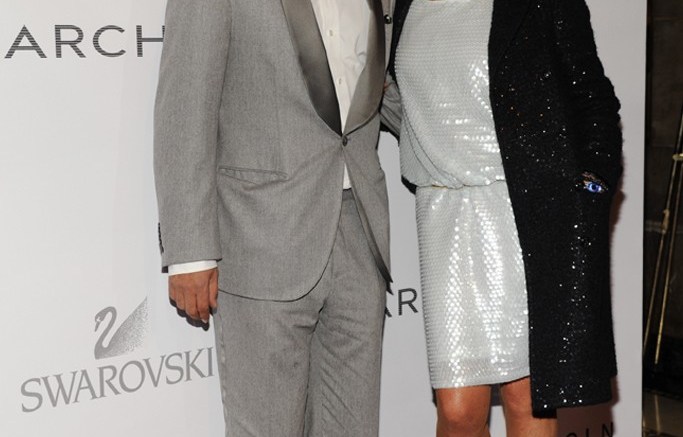 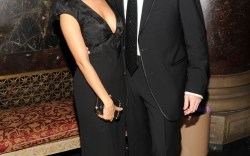 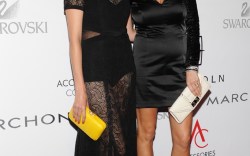 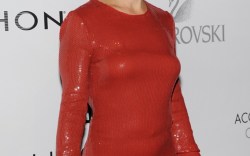 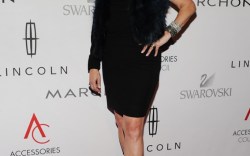 Shoes, handbags and jewelry were the talk of the ACE Awards on Monday night.

John Varvatos was on hand to present to Richie, whom he described as “beautiful, sexy, with a wicked sense of humor and a great sense of style.” And as Richie took the stage, she thanked her incredible “teachers” in the room.

Another footwear face in the crowd was Christian Louboutin, who presented the Mary Lou Luther Journalism Award to Kate Betts (the pair met 20 years ago in Paris, when Betts worked for WWD). The designer bashfully admitted that he wrote his presentation notes on the back of the dinner menu, as he wasn’t prepared beforehand. Betts accepted the award in black patent pumps by Louboutin.

Meanwhile, Minkoff said her go-to accessory is actually her wedding rings, rather than a handbag. “They are from the 1930s, [and] I don’t like to leave home without them,” she said, adding that for 2012 she used more mixed materials in her footwear line. “I’m tying the [collection] back to handbags. Instead of basics, people want fun, exotic and whimsical.”

Lord & Taylor’s Liz Rodbell was also showing her brand support at the event, as she raced over to the table of The Jones Group execs — including Richard Dickson, CEO of branded businesses, and Stacy Lastrina, chief marketing officer — to show off her pair of B Brian Atwood black booties that she had chosen for the evening.

And as an interlude, Karen Giberson, president of The Accessories Council, hinted at the upcoming musical act. “I’ve got a good feeling you’ll enjoy it,” she said using some lyrics from rapper Flo Rida, who then came to the stage for a two-song performance.

So what shoes did Giberson choose for the big night? “For a girl who has a lot of shoe choices, I decided to go with Nine West because they look great and I’ll be able to wear them all night,” she said.

As one of the last presentations, Queen Latifah (a recent HSN partner) introduced HSN CEO Mindy Grossman to accept the E-tailer Award. “I’m introducing a person I greatly admire and respect,” she said. “But what’s most important to me about Mindy is she’s cool as hell.”

Grossman had donned Valentino pumps adorned with an embellished bow — shoes that were chosen by Fortune Footwear CEO Paul Auersperg. “He’s the biggest shoe fetish person in the world,” she said. “He’s like my personal shopper. He called me and said, ‘You need these shoes. They have your name all over them.’”

Other honorees for the night included Frank Fialkoff of Haskell Jewels for Business Visionary; Marchesa for Brand Launch; Marie Claire for Magazine of the Year; Philip Treacy for Designer of the Year; Robert Marc for the Visionary Award; and Tourneau for Specialty Retailer. And Temple St. Clair was inducted into the Hall of Fame.