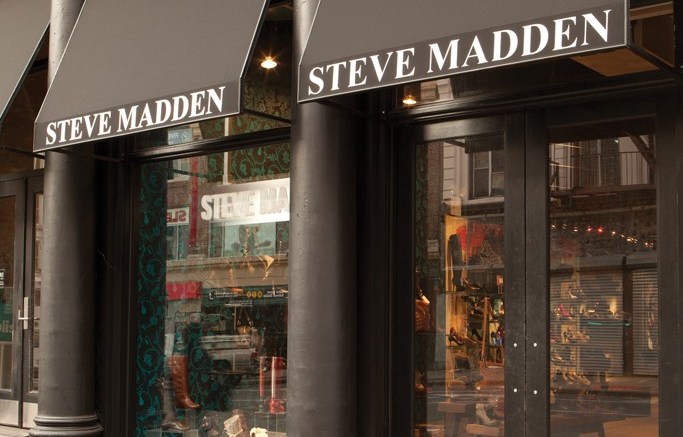 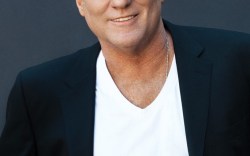 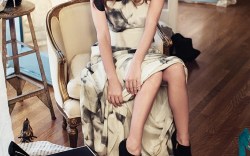 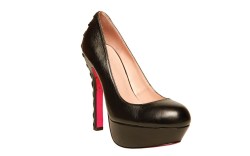 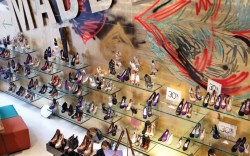 The company acquired powerhouse businesses, inked lucrative licensing deals and pulled in major star power for its brands while expanding its retail presence and upping its financial game.

But through it all, founder Steve Madden said he believes the company’s success has remained centered on one thing: product.

“We design shoes every day,” said the creative and design chief, sitting in his office in Long Island City, N.Y. “I’m just excited about the next round of shoes — the next shoe that I’m shipping.”

CEO Edward Rosenfeld put it this way: “We’ve diversified the company pretty dramatically. We’ve added a lot of new brands, categories and geographies. But even while we were doing all this, we kept our focus on [creating] great products for our customers, and that’s really what has enabled us to continue to be successful, especially in this tough economic environment.”

Smart acquisitions also have helped the firm weather the current financial climate. Fiscal 2011 revenues are projected to increase about 50 percent over 2010 levels.

“Aside from organic growth, superb acquisitions are contributing [to the company’s financial gains],” said Jeff Van Sinderen, a senior analyst at B. Riley & Co.

In May, Steven Madden snapped up Topline Corp., a move that contributed more than $13 million to net sales in the third quarter. (The company estimated Topline has the potential to become a $200-million business over time.)

And Topline’s deep expertise is already being felt, particularly in sourcing.

“Bill Snowden Sr., [founder and CEO of Topline], is one of the great geniuses of the shoe business,” Madden said. “His team is exciting, and they have such a strong presence in China. We wanted to be able to hitch our wagon to that for the future.”

Indeed, Topline’s Asian connections have mitigated some of its new parent’s sourcing pressures. The Seattle-based firm, which came with a private-label arm and a stable of brands that include Report, Report Signature and R2 by Report, has an established sourcing base in northern China.

“Prior to this acquisition, we were doing virtually all our sourcing of footwear through agents. [Topline] allows us to have a very sophisticated direct-sourcing platform,” Rosenfeld said.

Even before its Topline buy, Madden was known for its efficiency in speed-to-market, thanks, in part, to its sample factory located inside the company’s headquarters, allowing for quick prototyping, testing and delivery.

“If there’s a big trend going on in the market, I almost always see it from Steve Madden first,” said Annie Hanson, Famous Footwear’s buyer for women’s contemporary and junior boots and casuals.

Jildor Shoes President Larry Bienenfeld said his stores have been carrying the brand since its beginnings in the early 1990s. “[Madden is] always creating exciting new products that capture the young customer,” Bienenfeld said. “[Madden] has a great business, and I’m a big fan.”

Steven Madden’s focus on fast fashion has been key as it grows its Betsey Johnson business, which it assumed control of in 2010.

“Steve is fast, funny, frank, and we are so in love,” Johnson quipped.

This year, the company took over the footwear operation and added jewelry, watches and fragrance to the brand’s roster, with a luggage line set to bow soon.

“Betsey has been around a long time, and people know the brand and love it. It’s been a great [label] to have in our arsenal,” Rosenfeld said.

More high-profile exposure has come from Madden’s latest partnership with Mary-Kate and Ashley Olsen, whom the company tapped to serve as creative directors of Superga North America, for which the firm is the exclusive licensee. (Madden already collaborates with the sisters on the Elizabeth & James and Olsenboye lines.)

“The Olsens are tremendous stylists and style-makers, so we jumped at the chance to work with them again,” Madden said.

The founder also is excited about another new celebrity-focused collaboration, with Rachel Bilson and her stylist, Nicole Chavez, for the launch of new footwear venture Shoemint.com.

“He has built a global shoe empire and brings extraordinary expertise to Shoemint to ensure that our designs are of the best quality and work within the market,” Bilson said.

Madden also is delving further into fresh territory with its flagship line.

It acquired accessories maker Cejon Inc. in May, which contributed $32.6 million to net sales in the third quarter and will help the company extend its reach with cold-weather items and other accessories, including slippers and flip-flops.

“What [Cejon does] is such a niche business, so they are really best in show,” Madden said.

And an upcoming intimate-apparel deal with Carole Hochman will focus on Steve Madden-branded sleepwear — flannel pajamas, fashion thermals and boxer shorts, all with a menswear-inspired twist — which is set to launch during holiday ’12 and retail in the range of $30 to $68. “We’re looking to expand our footprint, and [growing the intimate-apparel business] makes sense to the total strategy of our company,” Madden said.

As it expands into new categories, the brand also is pumping up its presence internationally. This year, Madden bowed standalone stores in India and upped its door count in the United Arab Emirates.

“We’re off to a great start in both of those territories,” Rosenfeld said. “That’s where the growth is right now. The whole international business has become an increasing focus for us, and it has been growing very rapidly.” He added that Steve Madden’s next global destination is South Africa, where the company will soon launch with The House of Busby, its licensee there.

“Steve really understands how to drive a business and keep the momentum going,” said Liz Rodbell, EVP of merchandising at Lord & Taylor. “He has unending creativity, vision and an eye for the trends.”

In the end, Madden said he believes the company’s continuing success can be attributed to “perpetual insecurity.”