A Day in the Life of Nine West’s Fred Allard 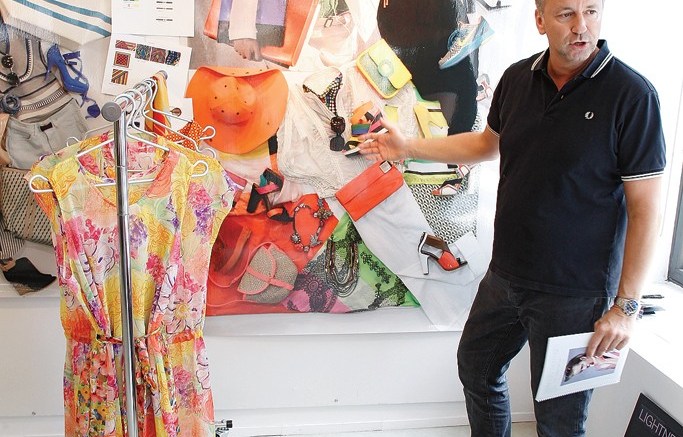 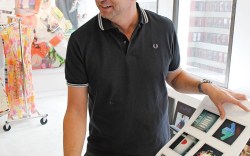 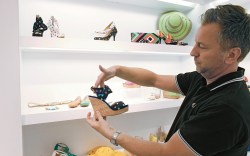 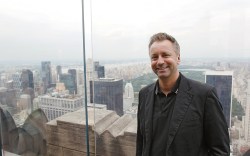 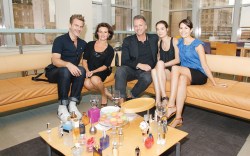 Fred Allard gave me an insider’s look at Nine West’s big plans earlier this month. Starting with a visit to the company’s headquarters, the creative director planned a day that featured the best of New York, including a trip to Top of the Rock at Rockefeller Center and the Metropolitan Museum of Art. We also managed to get a peek at the brand’s newly launched sneaker line and to preview its first fragrance.

12 p.m.
Everything starts right here,” says Fred Allard, gesturing around the Nine West studio and toward designers in the “trend laboratory” at The Jones Group’s New York headquarters. Shoes, sunglasses, jewelry and hats adorn the “mood boards” that Fred and his team make twice a year after shopping trips to Europe and Asia. And the licensed apparel collection, under GRI sportswear designer Chin-Sun, has taken off since its launch three years ago, he says. “Now, 45 stores carry the whole Nine West lifestyle line. It hasn’t compromised shoe sales, but clothing has grown very fast.”

1 p.m.
Before we leave the studio, Fred allows me to look at his professional portfolio, which recently earned him a seat on the Council of Fashion Designers of America. “[CFDA executive director] Stephen Kolb called me, and I was too nervous to pick up,” Fred admits. “But it was great news!” The specially created portfolio (in a case inspired by candle packaging) includes sketches, photography and art that have influenced him. Anish Kapoor, Ellsworth Kelly and Japanese photographer Hiroshi Sugimoto are among those represented, along with Nine West designer collaborators Sophie Theallet, Giles Deacon and Karen Elson.

2 p.m.
We head downstairs for a walk through the newest Nine West offerings, including the just-launched fashion sneakers produced with Philip Simon Group. Fred describes the collection as “urban, friendly and chic,” pointing out a snakeskin metallic zip-up mid-top as a personal favorite. Cork wedges, brightly colored prints and jeweled sandals round out the Nine West spring ’12 collection.

3 p.m.
Always on a tight schedule, the designer pauses to chat with Rachel Roy in the lobby before surprising me with a trip to the Top of the Rock observation deck at Rockefeller Center. “We have something spectacular in mind for an event,” Fred says, adding that a site visit was recommended. “We are looking for a very clean, gallery-feeling space.” Perched atop the building, we check out an indoor/outdoor area where we admire the one-of-a-kind view and map out the space for a possible event.

4 p.m.
Next, we’re off to Firmenich, the famous Swiss-based fragrance house that will unveil a yet-to-be-named Nine West scent in February. “Shoes are like a secret weapon of seduction, leaving a memory behind. It’s the same with fragrance,” says Fred. Consultant Franck Salzwedel helped oversee the development of the Nine West scent, working with perfumers Honorine Blanc and Ilias Ermenidis at Firmenich to create something new. Franck says the fragrance will be upscale, with broad appeal, “but sophisticated and, most importantly, very global.”

5 p.m.
Farther uptown, we catch the Alexander McQueen exhibition at the Metropolitan Museum of Art. Stopping to point out a feathered bodysuit creation, Fred recalls a plumed sandal he designed that was influenced by this look. Viewing the last collection produced by McQueen himself, Fred notes the science-fiction, “Avatar” quality of the design. “People want to be visually impressed today,” he says. “It’s talking to them.”