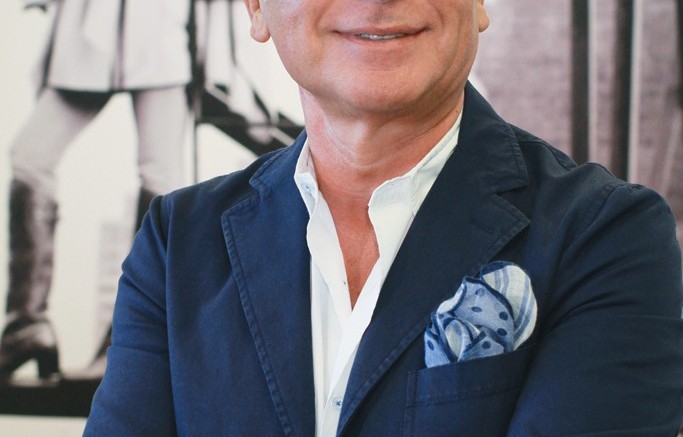 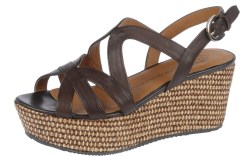 Though he is based in an area of Italy known for shoemaking, designer Franco Sarto spends little time at home. As part of American footwear firm Brown Shoe Co., Sarto’s label sends him to all parts of the globe — and away from his office in Stra.

“I’m at my studio in Italy only three months out of a year,” he said, adding that he traveled to Greenwich, Conn., to see his son and grandson after FFANY last month. “We produce six collections a year, and even though many Italians go on vacation in August, it’s difficult for me to go even three weeks without thinking about shoes.”

Speaking in his native tongue, Sarto, who is 62 and started working in a shoe factory at 14, told Footwear News he is not about to stop designing shoes any time soon.

“I can’t even think about such a thing because, in this moment, I have more enthusiasm and am more secure [as a designer] than ever before. Artists like Picasso and Van Gogh did their best work later in their lives, so I’m not finished yet,” he said.

Sarto launched his eponymous brand in 1990 and licensed it to Boston-based Bennett Footwear Group in 1999. In 2005, it was part of a stable of Bennett brands, including Via Spiga and Etienne Aigner, that Brown Shoe Co. acquired for $205 million in cash.

Here, Sarto reflects on his years in footwear and looks ahead to where he’d like his brand to go next.

Where do you continue to find inspiration after designing all these years?
FS: I draw from all the years of experience I’ve had working in this field. I look at fashion trends in general and observe what women wear on the street, and I’m able to immediately understand how these translate into a product, from the heel shape to height. Every woman fascinates me, whether I’m in Venice, Paris or London. It’s very important for me to keep observing people on the streets, in the cafés and in the discos. Walking around and watching others is a fundamental thing for me.

How has the shoe business changed over the years?
FS: The biggest thing is the advent of technology. When I started, there weren’t any of these large factories you see today. Everything was done manually. Nowadays, machines can do really marvelous things, but I still believe certain constructions need to be done by hand. You could use a machine to construct a sneaker’s upper, maybe, but [not] a heel.

Your shoes are made in China, so what is your take on Chinese manufacturing and how things have evolved there recently?
FS: China is good at mass production. And as I always say, speed comes with experience. But the Chinese are very eager to learn and I’ve found the quality of shoes produced there has improved enormously over the years. … It’s a country that has come very far and is not underdeveloped in the way certain parts of South America still are. Virtually nobody in China lives in truly rural areas anymore. It’s a society now based on consumerism. Day after day, women are spending money, and there are always products for women to buy.

What are your favorite and least favorite parts of your job?
FS: I love the start of each collection. That’s the point at which a great deal of research culminates, and the decision on what types of styles to produce is made. Internally, I feel contented. [But] I can’t stand it when someone tells me straight out they don’t like something, without offering any constructive criticism. It’s plain rude and mean. We’re all in competition with each other in this industry, and there are other ways to suggest something can be better.

What do you envision for your brand in the long run?
FS: Brown Shoe is a big company, and the partnership has been a great pleasure for me because today the Franco Sarto brand is well known. [The brand is sold in 20 countries with a majority of the business throughout Central and South America, according to Brown Shoe.] But I’d very much like to see it expand to even more international markets. When Italians, for example, see Franco Sarto shoes on the Internet, they can’t buy them.