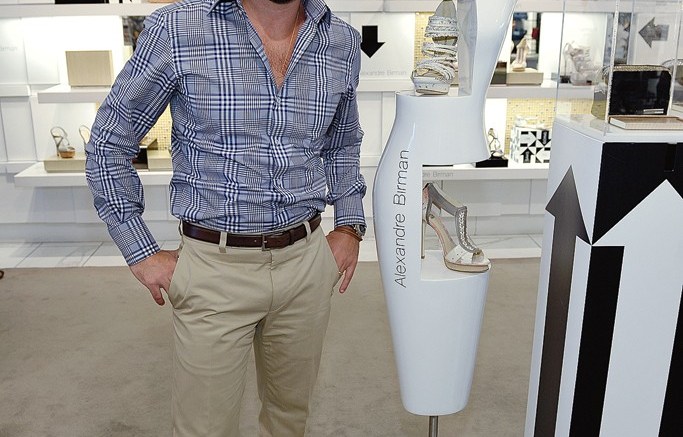 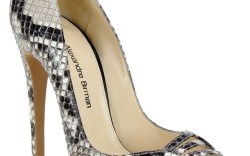 Alexandre Birman is enjoying the smooth sailing of his business — and his vacation.

Speaking to Footwear News from Cap Ferrat in southeastern France during his annual summer break last month, Birman said, “This fall is all about python. I even just saw some high-shaft python boots at the Valentino store in Monaco. Everybody’s into it, which is good for my brand.”

The Brazilian designer, known for his use of exotic skins, said his company is the largest consumer of python in South America today. “We’re well treated by the tanneries because [of the volume of our orders],” he said, adding that bookings for the resort ’12 collection doubled over last year.

As Birman’s sales grow, his success pushes him even harder. That’s why he even sketches while on vacation.

“It’s time to start thinking about fall ’12. I’m trying to use the wedge for closed-toe shoes with a more pointy toe construction,” said Birman. “Usually people think of the wedge as more for sandals, but I intend to do a very beautiful, sophisticated wedge pump.”

Here, Birman discusses his expansion strategy and his love of the exotics.

What are the best and worst things about working with python skins?
AB: The best thing about snakeskin is it’s really thin so it molds to the last much better [than cow leather]. Also, the [brightness of] color and shine you get on python skin is something you will never get on cow skin. The worst thing is the bureaucracy. [Note: Exotic skins are regulated by the Convention on International Trade in Endangered Species of Wild Fauna and Flora, signed by governments to ensure that international trade in specimens of wild animals and plants does not threaten their survival.] I believe the trade of animals has to be really well controlled, so I don’t blame the governments. All our python skins are CITES-certified, but in some countries such as France, you have to work within a bigger timeframe for delivery because [of all the documentation involved]. It takes about 30 days to get authorization to receive the goods.

What are your immediate expansion plans?
AB: We just sold our first collection in Hong Kong, [where] we have a great partnership with Lane Crawford. Our first shipment was for pre-fall. They already bought our resort collection for delivery in November, so we’re very confident it will be a very nice relationship — and with On Pedder as well. Afterward, we’re going to increase our distribution in Japan and also in China.

What about opening branded stores?
AB: We have our own boutique in São Paolo, which is doing pretty well as our exclusive point of sale in that city. But that’s because in Brazil there is no Bergdorf Goodman or Saks Fifth Avenue and so forth. It’s really hard to sell your brand without being represented in a multibrand shop. [Internationally], in this present moment, our relationship with the major department stores has been so successful that that’s the way we will keep growing.

How has working in your father’s firm, Arezzo & Co., impacted your success?
AB: People who really know me know I was born and raised in a shoe factory, so it has definitely helped me a lot to have made shoes since I was a kid, because of all the technical aspects that go into making a shoe. I learned everything, from comfort to fit. My brand is three years old, and the business has grown 75 percent this year over last. I don’t think there are many labels out there with the same result.

You’ve designed for Schutz, a contemporary brand under Arezzo. Have you ever considered a second line under your own label?
AB: Schutz sells more than 1.6 million pairs of shoes in Brazil alone every year. It’s a very big brand with a good average entry price point, about $180. I don’t have a lot of time to dedicate to [anything else]. To be honest, I don’t think I will ever have an “AB by Alexandre Birman” type of line. [At least for now], it’s not the right moment as I have to really consolidate and establish myself as a designer. Other designers may constantly think of ways to grow their business, but I’m not [driven by just] making a lot of money. For me, the $500 price point is nice.