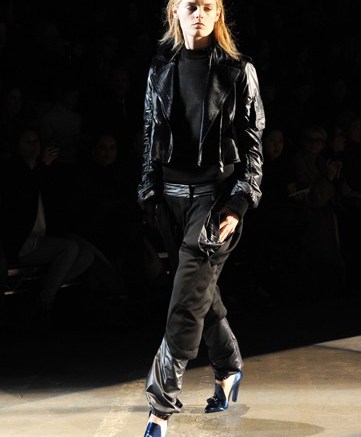 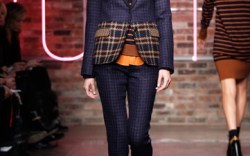 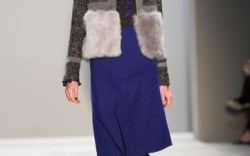 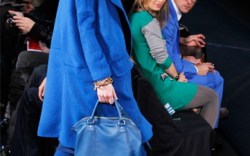 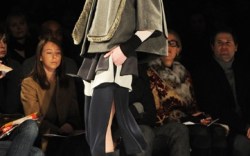 From cerulean to sapphire, periwinkle to navy, designers are showing off a major case of the blues for fall ’11. Rich navy suede boots are popping up on numerous catwalks this season, while many designers are opting to create head-to-toe looks in a cool blue palette. Alexander Wang took an edgy metallic route, pairing tough looks like a black leather jacket and harem pants with gleaming blue deep-cut tassel loafers. More subtlety was applied at DKNY and Rebecca Taylor, which offered up wearable boots in ankle and knee-high styles, respectively, that suggest a viable alternative to standard black boots. Rather than dabbling in pops of color, Diane von Furstenberg went all out in her latest collection, notably featuring a cerulean ensemble consisting of a wool topper coat, dress, leather handbag and suede knee-high boots.