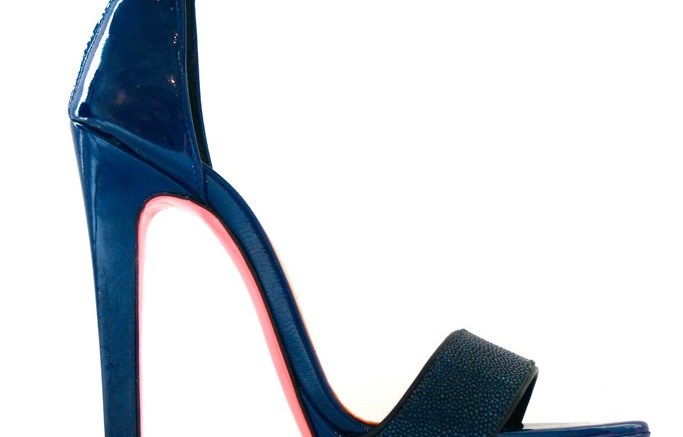 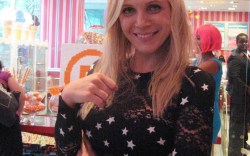 Ruthie Davis worked with Dennis Basso for two sky-high styles, each with a 6-inch heel. “I love collaborating with Dennis Basso because I thrive on the juxtaposition of the more classic and elegant lady look combined with the edgy, glam, youthful look of my Ruthie Davis heels,” said Davis. “The two looks completely balance each other out. Combined, it creates a fresh and modern uptown girl with a rock ‘n’ roll side hidden in there somewhere.”

Fashion Week was not without its fair share of footwear debuts either. Ruffian bowed accessories this season, creating satin wedges in seven colors inspired by Jockey silks and produced by Camuto Group. And Ohne Titel debuted its first footwear collection at the show this week, including flat and heel leather thong sandals.

Task Master
Celebrity stylist Annabel Tollman, was behind-the-scenes at Fashion Week, dressing the models for Badgley Mischka. But it wasn’t likely that Tollman, Rockport’s new style ambassador, was running around in towering heels. She said 4 inches is her limit. “After that you’re asking for trouble,” she said. But in between dressing some of Hollywood’s hottest celebs, Tollman is getting ready to shift gears. She told Spy she was making travel plans to accompany Liv Tyler to Prague in the Czech Republic, where the actress will be filming a Pantene commercial. The stylist will also soon appear in “Fashion She Writes,” a documentary series in development at NBC UNI Comcast — launch date to be announced.