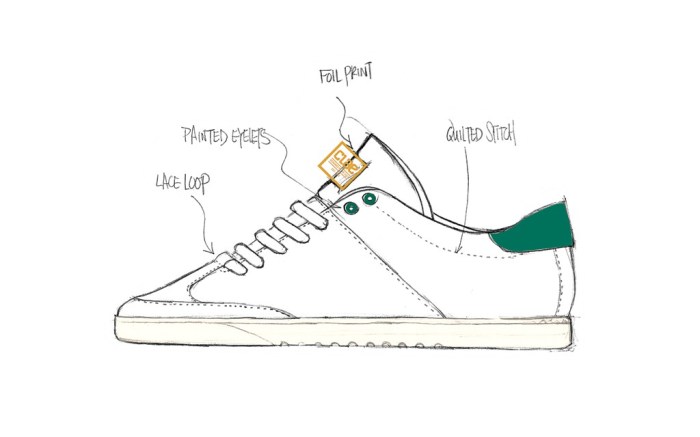 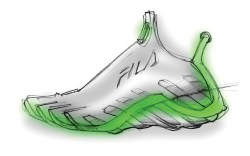 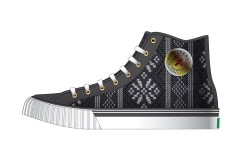 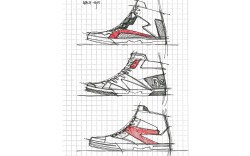 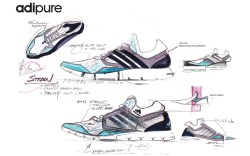 What’s next for athletic? Direct from the designers, Footwear News presents fall ’12 sketches and renderings of upcoming looks. High on technology and style, these bold designs forecast big fashion for fall.

Clae Gilberto
I wanted something that was a little more sporty but that still had a casual feel to it. The suede toe, that has to do with me playing soccer with my kids on a Sunday.”

Fila Coastal
This shoe expands the Skele-Toes line for river activities, with drainage and a side-wall wrap that’s a little more aggressive.”

PF Flyers Center Hi Knit
The concept for the collection was ‘Home Alone,’ a classic winter American movie, a movie people can connect with.”

I took a lot of inspiration from our shoes in the 1990s, [when] styles weren’t afraid to be bold, and modernized the look by cleaning up some of the pattern piecing and updating it with trend-relevant colors and materials.”

Adidas Adipure Trainer 360
In this shoe, we have a bootie that goes all the way through the shoe and is soft and flexible. There are 360 degrees of movement within the shoe, even down to the outsole.”

K-Swiss Vertical Tubes Calimari
What we are doing is creating a way to expand the Tubes story. Instead of the tubes running horizontally, we created vertical tubes. When you have the shoe on, it’s a super-flexible product from heel to toe.”

Asics Gel-Lyte33
The new F.A.S.T. 6-millimeter drop from heel to forefoot is similar to our racing flats, which is what encourages the athlete to run more on the mid- to forefoot and to run fast.”

Brooks Glycerin 10
The [screen-printed] detail [on the forefoot] was born from a graphic on a road bike wheel.”