The Year of the Man 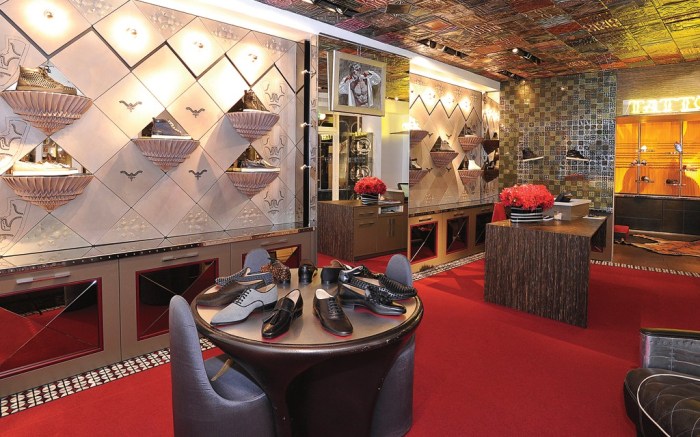 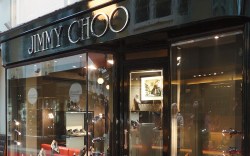 There’s no denying it: Men’s luxury footwear is hot.

As a result, many brands known primarily for their women’s collections, including Jimmy Choo, Christian Louboutin and Sergio Rossi, have turned their attention to the men’s market with new stores and expanded lines.

To capitalize on the growing category, each has had to create a new concept with décor that can win over a shopper who has not always coveted designer footwear.

“There definitely is a trend toward men being more fashionable,” said Milton Pedraza, CEO of the Luxury Institute. “It started when the suit and tie went away. So what do I replace it with and how do I demonstrate I am someone powerful? One thing that happens is that accessories become more prominent.”

Still, men’s-only footwear shops have been slow to catch on in the U.S. In fact, many traditional haberdasheries have struggled during the recession here. As a result, many brands are making their big statements in Europe.

Earlier this month, Jimmy Choo bowed its first men’s store in London’s exclusive Mayfair district. Encouraged by the brand’s fall ’11 debut of men’s shoes, which were subsequently picked up by Barneys, Bergdorf Goodman, Neiman Marcus, Saks Fifth Avenue and Harrods, among others, retail was the logical next step for the new category, said Joshua Schulman, CEO of Jimmy Choo. “When we created the men’s collection, we envisioned it would exist in a retail environment separate and distinct from the women’s collections,” he said.

The design of the new store — a nod to the Mayfair playboy, with décor in manly black, gray and silver — has a different sensibility from the women’s shops, which depict a lady’s boudoir, in nude, ivory and crystal. Marketing efforts were directed at the morning financial crowd in the neighborhood, with “cigarette girls” handing out British bacon butties (a British sandwich favorite) and a Jimmy Choo men’s “Gazette” announcing the new store.

Next, Jimmy Choo will open men’s shops in the Hankyu department stores in Tokyo and Osaka, Japan, and in Elements in Hong Kong. “We are treating men’s as a nascent business and managing all our touch points so we overdeliver on everyone’s expectations,” said Schulman of the wholesale segment. “We are approaching retail in a very organic way and evaluating opportunities where we have the right location and an interested client.”

Sergio Rossi’s first men’s location opened as a temporary shop in Milan last year. But the overwhelming response prompted the company to extend its stay. Additionally, the brand debuted a men’s corner at Hankyu in Tokyo in October and will bow another one in Galeries Lafayette in Casablanca, Morocco, in early December.

“The international men’s clientele is growing and is more and more sensitive to luxury goods and looking for quality and uniqueness, [so] it was natural for the brand to extend our men’s collection [into retail],” said Christophe Mélard, president and CEO of Sergio Rossi. “Menswear has been overshadowed by our popularity in women’s footwear, but we felt we had a great opportunity to show our male clients that our brand … can translate easily from women’s to men’s footwear.”

Christian Louboutin has been developing the men’s category for the past several years, so opening his first men’s boutique on Rue Jean-Jacques Rousseau in Paris (across from his women’s store) made sense for his business. “The demand for my new [men’s] collection has become too big to stay in the women’s shops,” said Louboutin. “The size of the shoe and accessories [collection requires] a different environment to better fit its identity.”

That environment got a testosterone boost with studded leather floors and leather wall panels, as well as rugged fixtures and vintage airplane-seat armchairs. A separate room with a neon “Tattoo” sign houses Louboutin’s premium styles and will soon feature a made-to-order service. The store, which bowed in August, is also a template for future shops, possibly in New York and London.

But expanding outside a brand’s proven expertise does come with challenges. While these labels are well-known among women, they must now win over men with new concepts that also stay true to their DNA.

“Modern men have more freedom to be excited about shoes and are embracing their style. However, most need to be courted, which is why dedicated men’s stores are key,” said Mélard. “We wanted our retail environments to provide the look, feel and comfort that modern men seek.”

Indeed, that in-store experience will be vital, said Pedraza. “You need to earn the [customers’] trust for a long-term relationship, and they need to know you care.”

Pedraza said Coach is one store that has found the right men’s retail formula. At the Bleeker Street store in New York, for instance, associates work on iPads and laptops and have been known to make dinner reservations for customers. And the service model seems to be working: Since last year, the brand has opened three standalone men’s stores — in New York, Boston and Paramus, N.J. — and two more, in Las Vegas and Honolulu, are slated to bow by the end of the year.

“We have been in the men’s business essentially forever, and we have found that over time, as our women’s business became dominant, there was an opportunity to put men’s out in the retail environment with more conviction and much more presence in terms of assortment and space,” said Michael Tucci, president of Coach Inc.’s North American retail division. “And footwear has the potential to be a growth category within men’s.”

Notably, Coach is seizing an opportunity in the U.S., where high-end men’s shoe stores are few and far between and the stakes are even higher. Here, branded retailers such as Berluti, John Lobb and Alden have found success with a small number of doors in large, affluent cities. But these are masters of men’s footwear and don’t have much competition. Even multibrand men’s shoe boutiques are rare in the U.S.

Tom Park, owner of Leather Soul, is seeking to change that. His men’s shoe store, which opened in Honolulu in 2004, carries such brands as Alden, Edward Green and John Lobb and has grown to be a $5 million business. Park opened a Beverly Hills, Calif., location last year and is adding square footage to his flagship, complete with a full-sized bar stocked with about 100 different types of scotch.

Beverly Hills offered a unique business prospect, but Park has a mixed outlook for U.S. retailers. “No one was selling good-quality brands like the ones we carry, and I had a wonderful opportunity to become the exclusive U.S. retailer of G.J. Cleverley shoes,” recalled Park. “[The opportunity in men’s retail is there] if you have the passion and are willing to work hard and innovate, [but] not if you think you can just build a shop and sit back and wait for customers.”