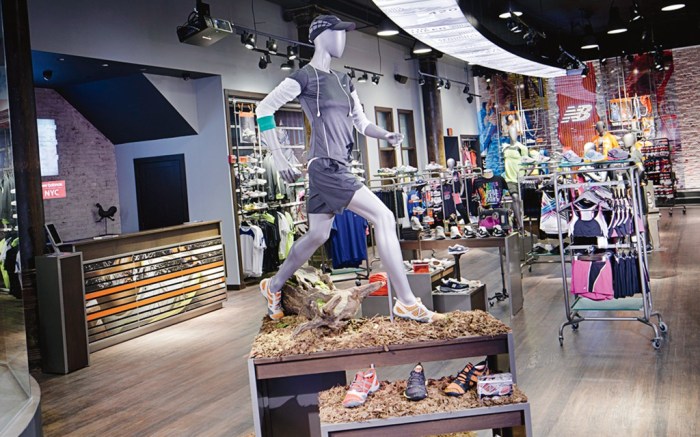 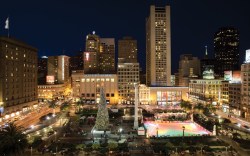 Branded stores are expanding across North America, thanks to deep cash reserves and a desire to grab a spot in the country’s retail hotspots.

Kazuko Morgan, EVP for real estate firm Cushman & Wakefield in California, said, “Things have been in full recovery mode since the spring.”

Vikki Johnson, senior managing director of the retail services group at brokerage firm Colliers International, noted, “Between 2008 and 2010, prospective tenants looked but wouldn’t pull the trigger because, in many cases, they didn’t have cash to spend on the stores. This year, the entire situation has reversed.”

Ross Moore, U.S. chief economist at Colliers, said the strength of retail in these key markets bodes well for the rest of the country. “If you can make it in New York, you can make it anywhere,” he said. “Obviously, we’re still coming out of an awful recession and consumer spending is lackluster. Having said that, try to find a vacant retail store on a hot strip — you won’t find one.”

Experts said there is an influx of European brands looking to plant their flags stateside, due to more economic instability in their domestic markets than in the U.S.

Company-owned stores offer brands an opportunity to control their selling environment when entering new markets, said Morgan. “No matter how prime the rent, at the end of the day, nobody is doing deals just for the sake of it, which tells us these brands are doing very well indeed,” she observed.

Financial analysts said footwear firms have been reporting robust earnings in 2011, making it a good time to seize square footage after building cash over the past couple of years through slowed expansion and streamlined operations.

“It’s easier to grow sales by upping store count,” noted Moore. “Going into 2012, we’ve already got some hints that retailers will [accelerate the rate] of their store openings.”

Brands that have bowed new doors this year have focused on New York and California.

Giuseppe Zanotti, New Balance, Sperry Top-Sider, Timberland, Frye and Ugg are among those that have taken space along Fifth Avenue and Soho in Manhattan, and on prime streets in Los Angeles, Orange County, Calif., and San Francisco.

“If you have to limit yourself to only a certain number of markets in the U.S., you will pick the place where you’ll get highest visibility for the brand. You get so much more bang for your buck [that way],” said Johnson.

Firms contacted by FN said the U.S. remains a market with unique growth opportunities. Giuseppe Zanotti, who this year opened two boutiques in Beverly Hills and Las Vegas, said, “The U.S. is our most important market. Asia, on the other hand, is our [fastest]-growing area.”

John Pazzani, VP of direct-to-consumer at Timberland, which also opened two stores domestically this past spring, said the firm chose New York and San Francisco because they are “great examples of … markets with strong concentrations of [the brand’s] core consumer: people who love the outdoors. We’re set to open another store in Minneapolis’ Calhoun Square this November.”

However, companies were quick to downplay their growth rates.

“This isn’t about being aggressive, [but] about being strategic and thoughtful as we expand through all our selling channels: wholesale, retail and e-commerce. Our retail strategy [elevates] the brand … and optimizes all channels to meet consumers’ needs,” said Craig Reingold, president of Sperry Top-Sider, which opened in Orange County in August, picking that location for its favorable combination of market productivity, co-tenancy and price.

For those still on the prowl for good spots, prime vacancies in Manhattan and San Francisco are dropping, while average asking rents are rising.

Fifth Avenue remains the street with the most pulling power, with rents advancing nearly 4 percent this year over last, to $1,900 per square foot, according to real estate firm CB Richard Ellis.

Faith Hope Consolo, chairman of retail leasing at Prudential Douglas Elliman, explained, “[Fifth Avenue] is the most famous street in the world, where foot traffic is one of the heaviest, too. Research shows tourists start walking down the avenue from the Apple store all the way to Washington Square Park.”

High-profile newcomers to the street this year include international fast-fashion retailers Zara and Uniqlo, which are both at 666 Fifth Ave. The latter signed one of the city’s most expensive retail leases ever, paying $300 million over 15 years for space. Its new global flagship is set to be unveiled Oct. 14.

A new hotspot seems to be lower Fifth Avenue, which, according to Cushman & Wakefield, saw prime retail rents surge 50 percent this year over last, to as much as $620 per square foot.

New Balance bowed its first New York location there in August. And Kirsten Marchand, senior store planning manager for New Balance, said the neighborhood “has proven to be an up-and-coming hotbed of activity for major fashion brands such as Kate Spade, Michael Kors, Armani and Brooks Brothers, as well as young professionals. We also like being close to Madison Square Park, the Greenmarket and Union Square, all vibrant areas where people work out, enjoy fresh foods and are active.”

On the West Coast, Post Street in San Francisco’s Union Square district saw rents increase more than 6 percent to about $340 per square foot, according to Colliers.

Rents on Rodeo Drive in Beverly Hills are flat, reported CB Richard Ellis, but that hasn’t prevented turnover of the big names there. The newest tenants on the block include Tom Ford, Giuseppe Zanotti and Badgley Mischka, while Dior, Louis Vuitton and Hermès are all renovating their existing stores.

And experts are expecting even more square-footage expansion from footwear and apparel firms.

Ann Natunewicz, national manager of retail research at Colliers, said, “If you’re a listed retailer watching your share price, there’s no better way to keep it up than to announce you’re opening new stores. Credit markets have recovered a bit, so capital is available to allow expansion and give your competitors a run for their money.”