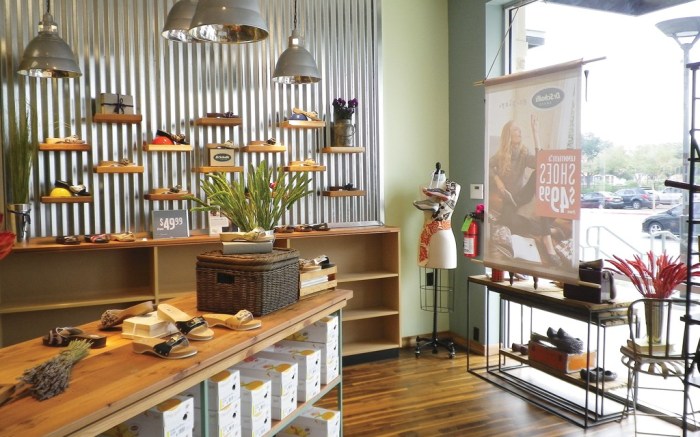 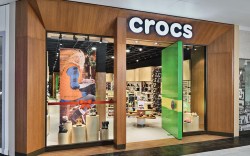 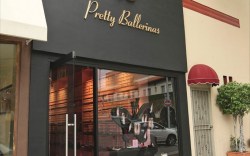 Dr. Scholl’s New Concept
When parent company Brown Shoe Co. found itself with some unused retail space in high-traffic shopping centers, Dr. Scholl’s execs saw an opportunity. Earlier this month, the brand debuted its first three retail stores, in Las Vegas; Ellenton, Fla.; and San Marcos, Texas. “It was a perfect way to test a new format,” said Maureen McCann, VP of wholesale marketing at Dr. Scholl’s Shoes. “The stores present a unique opportunity to showcase a brand with great dimension. Nowhere else can you bring it all together as well as in your own environment.” The stores, ranging in size from 1,700 to 2,600 square feet, showcase sandals, casual shoes, boots and sport shoes for men and women. They also stock an assortment of foot-care products. McCann said it’s too soon to offer a prognosis for the brand’s retail potential, but execs will be studying the doors closely. “As soon as we better understand the volume and profit potential of the stores, we will plan a measured rollout into other centers across North America,” she said.

Crocs on the Attack
Crocs recently placed a bigger bet on retail. The brand, which has 72 full-price stores, launched three new doors — at the Mall of America in Bloomington, Minn.; Barton Creek Square in Austin, Texas; and Streets at Southport in Durham, N.C. The stores range in size from 1,500 to 3,000 square feet and are designed to be fun, innovative and easy to shop, said Angie Callaway, senior director of retail for the brand. “Just like a pair of Crocs shoes, the retail experience puts the fun into functional and discovers the extra in the ordinary,” she said. “The stores allow our brand to have a direct dialogue with our customers.” And that dialogue will soon be in many different languages. Callaway said the brand is preparing to test the retail concept in Europe and Asia starting in March of next year.

Sebago Debuts London Flagship
Segabo is giving Londoners a taste of New England fashion. The brand recently opened its first door in London, a flagship at 78 Regent St. The décor of the two-story, 1,600-sq.-ft. store draws on the line’s New England heritage and nautical aesthetic with a yacht-inspired staircase, portholes on the walls and a wall wrap featuring a boating theme. The shop is said to offer the widest assortment of Sebago product in the U.K. “The customer will be immersed in a truly authentic nautical, Sebago experience,” said CEO Gary Malamet. “The store will allow Sebago to feature its newest Artisan collections and the Filson collaboration, giving the consumer full access to all things Sebago.”

Pretty Ballerinas Preps Second L.A. Door
Following the opening last summer of its first West Coast store, in Beverly Hills, Calif., Pretty Ballerinas will bow its second location on the left coast in Santa Monica in January. And that’s just the beginning of a more aggressive retail rollout. “Our aim was to open in New York and Los Angeles first, as they are the most important cities for image,” said founder and Creative Director David Bell. “We are about to open our second New York store, and this will be our second Los Angeles store. Next, we are setting our sights on San Francisco and Chicago [and] more affluent coastal towns.” The 93-year-old brand, known for its ballet flats and pumps, could also branch into wholesale soon. “We’re already in the process of expanding the main production facility by 40 percent to prepare for fall ’12 orders,” Bell said. “We’ll probably look for retailers toward spring ’13.”