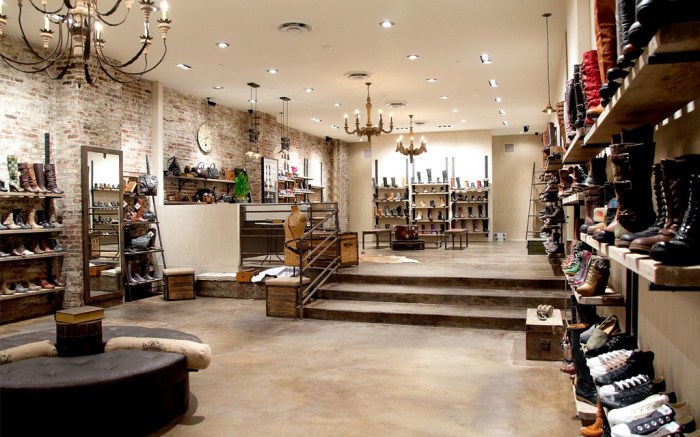 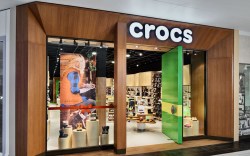 DNA Spawns Another Brooklyn Store
DNA Footwear opened its seventh door last week, in the Williamsburg area of Brooklyn, N.Y. —a neighborhood that CEO Daniel Kahalani said he’s been eyeing since 2005. “[Williamsburg] is so cool,” Kahalani said at the grand opening last week. “There’s also nothing here in retail like DNA. There are smaller boutiques, but nothing to this extent for people who don’t want to go into the city [to shop for footwear].” The 3,000-sq.-ft. space carries a rotating selection of 150 brands in women’s, men’s and kids’, as well as a small offering of accessories from labels such as Bed Stu, Ugg and Frye. The interior features an open space with exposed brick, a polished concrete floor and rustic chandeliers carved from wood, as well as vintage and flea market furniture and antique trunks. And more stores are on the way, possibly outside New York, said the CEO. “The next store doesn’t necessarily have to be in New York,” said Kahalani. “I’m thinking of going somewhere nobody else has the guts to go.”

Crocs Expands in India
Crocs continues to grow its retail footprint. On Monday, the brand opened its second store in Bengaluru, India. The shop carries more than 70 different styles from the label. The opening follows three new stateside stores that opened in November, in Bloomington, Minn.; Austin, Texas; and Durham, N.C.

Dr. Martens Makes Glasgow House Call
Dr. Martens is headed to Scotland. Later this week, on Dec. 14, the brand will open its first standalone store in the country, a 2,000-sq.-ft. pop-up shop in Glasgow. The new shop will be the largest of the brands’ locations in the U.K. and will stock the full collection of footwear, apparel and accessories. The store was designed to reflect Dr. Martens’ workboot heritage, with concrete flooring and industrial lighting.