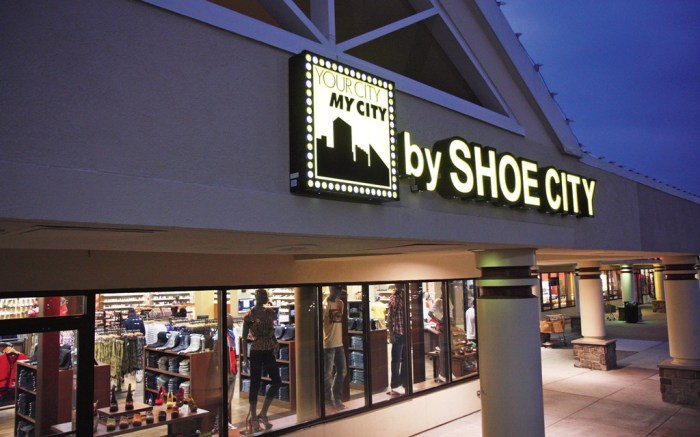 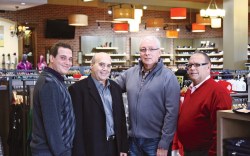 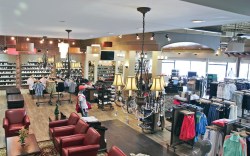 Shoe City is in growth mode.

The retailer, which specializes in athletic and lifestyle shoes for men, women and kids, has been a staple for shoppers in Maryland for generations. Since its original shop (then named Eileen Shoes) opened in downtown Baltimore in 1949, the company has grown to 30 doors, spread across Maryland, Virginia and Washington, D.C.

This year, Shoe City is shaking things up with a new store concept and the launch of e-commerce, initiatives that are all part of the company’s larger plan to expand the business over the next five years.

“We knew we had to change in order to grow. There’s been a lot of new competition since we entered the marketplace 62 years ago,” said Shoe City owner and CEO Ted Greenberg. “Kids are going into malls, and they’re hitting stores like Hollister and Abercrombie & Fitch, so we needed to create a different feel for our customers.”

With the new store design, the company aimed to convey a more “at home” feeling compared with the starker design of the current concept. According to Greenberg, the firm plans to convert two of its existing locations to the new design each year, starting first with its key markets.

“The idea [for the previous concept] was to give the stores an industrial feel, like the warehouse trend that was going on seven years ago,” said Shoe City President Don Heasley. “Now the customer is leaning toward a more European, refined shopping experience.”

The first redesigned location, a 6,500-sq.-ft. flagship in Owings Mills, Md., debuted in September and features leather chairs, wooden coffee tables, oriental rugs and chandeliers. It also integrates the online experience with an in-store kiosk that connects to the company’s e-commerce website, which launched in July.

Shoe City also modified the way it presents merchandise on display. “Before, we used to over-light our stores,” Heasley said. “We’ve changed that by directing all lighting at mannequins to show off outfits or products on the fixtures.”

To capture that fresh aesthetic, Shoe City executives consulted with key vendors including Nike, Adidas and Puma to get an idea of the kind of shopping experience they wanted to create for their target 16- to 28-year-old consumers. They also went on a tour of some New York boutiques.

“We shopped some of the better shopping areas in Brooklyn, the Bronx and Long Island and looked at the concepts we felt worked and then brought that back down [here],” Heasley said. The Shoe City team then compiled storyboards of what they wanted to create and took it to architecture firm STH Designs to build out.

Timberland senior sales executive Dave Newcombe said the new store concept gives Shoe City a more modern look. “It is a very fashion-forward shopping environment. They really represent product in a way that is up-to-date and comfortable,” he said. “I also think their in-store kiosk is a very strong attribute to the store. You can go online and order something to be shipped out, and consumers can peruse greater inventory with that in-store kiosk.”

Although Shoe City expects a double-digit increase in sales by year-end, the company has had its share of hard times, said Heasley. “The recession was a challenge for everybody, and we definitely felt it in the marketplace,” he said. “Our consumer was adversely affected, and we were challenged with cutting expenses and managing inventory while still creating a non-promotional environment.”

As a result, executives at the firm decided to reset the company’s direction. “During that time we started our five-year planning process so we could see where we wanted to go and how we wanted to get there,” Heasley said.

One of those goals was to put a greater emphasis on building relationships in neighborhoods where they have stores.

Shoe City’s commitment to the community is one of its major strengths, said Timberland’s Newcombe. “They are run with family values and are a part of every community they are in,” he said.

For example, Shoe City sponsors the Baltimore Neighborhood Basketball League and community events such as the Autism Speaks walk in Washington, D.C. The retailer also implements an honor roll program, where students get a 10 percent discount when they bring in a report card with B grades or higher. If the customer’s grades improve, the discount rises to 25 percent.

Dave Adelman, account executive for Adidas, said Shoe City’s rapport with students makes it a good partner for his brand. “Shoe City is one of the leading retailers focused on connecting with the high school consumer,” he said. “With product mix, store design, merchandising and digital marketing, it seeks out the same consumer that Adidas Originals is looking for.”

To complement its traditional marketing strategies, such as ads on television, billboards and in print, the chain also utilizes new media and in-store events. Appearances by local pro athletes, for instance, have helped build buzz for its standalone and mall-based stores.

And with additional redesigned store concepts ready to roll out, Shoe City plans to expand into new territories in the South and West. The executives are conducting market studies in Texas and Florida with the hopes of opening in those regions in 2012. Overall, the company is planning to add five or six new stores each year for the next five years.

“We feel very strong right now,” Heasley said. “Our sales are up and we’re growing, so we’re very bullish.”