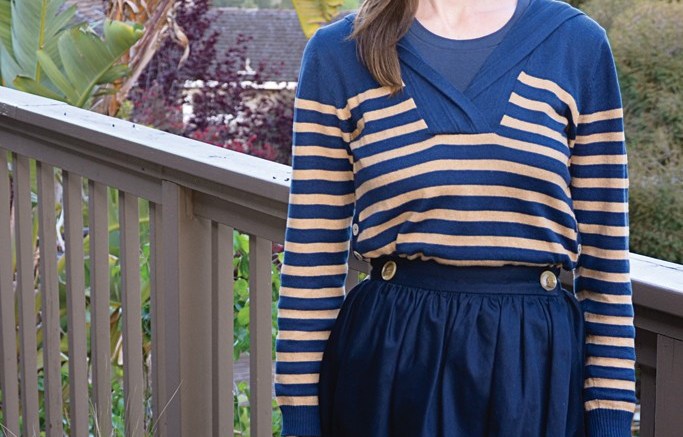 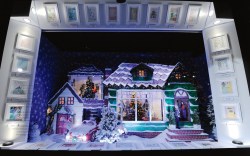 LOS ANGELES — With Black Friday just a few days away, most footwear retailers said they are upbeat about the holiday season despite economic uncertainty.

While weather is a concern for some independents, department stores were confident that their momentum in footwear will continue.

“Our customers are particularly gravitating toward newness,” said Barbara Atkin, VP of fashion direction at Holt Renfrew. “For holiday, evening pumps should remain favorites on platforms or single soles, as we have seen great customer interest on more-refined silhouettes from designers such as Manolo Blahnik, Jimmy Choo and Kate Spade. Studs on pumps should be bestsellers … along with flat jeweled sandals.”

At Lord & Taylor, “it’s all about boots at this time of year,” said EVP of merchandising Liz Rodbell. “Some of the top brands for this fourth quarter are Ugg, Steve Madden, Hunter, La Canadienne and Cole Haan.”

American Rag CEO Mark Werts predicted a big gifting season is ahead. “We’ve been up 20 percent to 40 percent all year, so we’re thrilled, and we expect more of the same [heading into the holidays],” he said, adding that the success is due to the carefully edited assortment of brands and styles in his stores.

Other retailers are looking forward to Black Friday kicking off the shopping season, after consumers have been lying low of late but are now more eager to open their wallets.

“Last year’s Black Friday was monstrous. I anticipate something similar [this year]. People hold off on spending, but when they get permission to spend, which Black Friday does, people come out in droves because there’s less guilt involved,” said Steve Silver, owner of Cleveland-based Next, adding that his standout sellers will include Ugg, Sorel, Jeffrey Campbell and Irregular Choice.

“If history is any indication, the Saturday after Black Friday … will be quite busy for us,” said Christine Campbell, owner of Los Altos, Calif.-based Crimson Mim. “Our customers are in a slightly better mood than they were last year.”

“Cyber Monday is super-important, and it’s been growing in importance the last couple of years,” said Shoebuy.com CEO Mike Sorabella, noting that the company recently launched a new Android phone app and is preparing to debut a mobile website. “It was a huge day for us last year and we’re expecting the same this year.”

Elsewhere, the outlook for the season was more mixed.

Jim Sajdak, president and CEO of Milwaukee-based Stan’s Fit for Your Feet, said while he expects sales to be up, erratic weather could play havoc on potential gains. “We’re feeling pretty good, but a lot has to do with the weather and if you get December snow storms that work in your favor or against you,” he said. “A little [snow] and you get people in for boots. Too much and the store has to close down for a day and you’re playing catch-up.”

Len Sapiro, owner of Woodstock, N.Y.-based Pegasus Footwear, agreed: “We don’t have a handle on the weather [or] the economy or the effect of the Internet. Those are three variables we have to deal with, but we don’t know what they will mean for sales.”

Habeeb Aldaross, VP and buyer for the 33-store Shoe City chain, based in Whittier, Calif., is expecting a tough holiday season, as shoppers who are still feeling the squeeze turn to lower-priced items.

“In Southern California, the economy is definitely hurting. People don’t have that much disposable income, so the holiday rush has started later and later each year,” he said. “We do carry the Nike Free and some Jordans around the $80 range, but by number of pairs sold, I would say most of the action is at $60 or under.”

Analysts noted gross margins are definitely an area to watch this holiday, as some degree of discounting is expected. They also were mixed on their outlook for the season, with the bears predicting flat sales and the bulls expecting business to be up as much as 3 percent from last year.

“Flat is the new up,” said Todd Slater, former managing director at Lazard Capital Markets, while speaking at ACG New York 2011 Retail Conference last week. “This could be the most promotional fourth quarter in our lifetime.’’

Jeff Van Sinderen, senior analyst at B. Riley & Co., noted, “The tracks have been laid for a continuation of a lot of promotional activity since consumer sentiment remains weak.”

But Kate McShane, director at Citi Investment Research, said retailers had good reason to feel cheery heading into the holiday season based on the strength of back-to-school sales. “We’re pretty optimistic since b-t-s is always a very good indicator of how strong holiday [sales are] going to be, and data shows athletic specialty retail is still comping pretty well,” she said. “We expect that to continue because the product looks good and continues to be innovative.”

Robert Samuels, director at WJB Capital Group, agreed: “There’s some really great innovation from brands such as Nike, Adidas and Reebok,” he said. “Ultimately, the consumer is willing to pay up for some differentiation.”