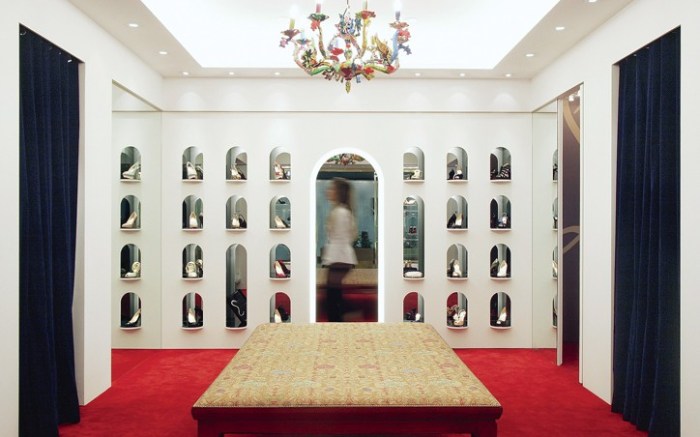 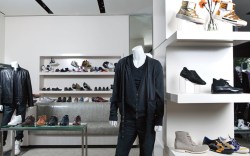 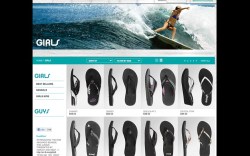 Louboutin Bows Second LV Store
Christian Louboutin is doubling down in Las Vegas. The designer opened a second location in Sin City inside the Forum Shops at Caesars Palace on June 30. The 1,600-sq.-ft. space was designed by 212box and features a new design, playing off symbols and letters. The façade of the store features more than 6,000 wood tiles that are sandblasted with letters from 32 different languages. The store also has added a separate room dedicated to the designer’s growing collection of men’s shoes. But can the Vegas Strip support two Louboutin locations? According to director of retail Carla Erice, Vegas shoppers haven’t been able to get enough of the red soles. “The Las Vegas market has proven to be a very strong and viable one for us,” she said. “Despite [Vegas] being primarily a tourist destination, customers return to our stores time and time again, so we are able to build lasting relationships with clients from all over the world. There is a high demand for red soles in Vegas, and fans of Christian Louboutin make it a point to look us up.”

Gregory’s Plots Atlanta Opening
Gregory’s is Atlanta-bound. The store is preparing to open its fifth location in October at Lenox Square. The 6,600-sq.-ft. store, currently under construction, is modeled after the company’s recently opened shop in Dallas, where white shelving and clean lines dominate and are meant to draw attention to the product and not the decor. The store also will feature two separate entrances: one main entrance and one for VIP customers. “Many of Gregory’s VIP clients cultivated [over] the past 20 years are from Atlanta,” said owner Jon Harris. “This is why we decided to build a private VIP entrance. We are the only retailer at Lenox with a private entrance.” The store will carry shoes, accessories and apparel, and more Gregory’s locations are being planned, though Harris was mum on the details.

Paul Mayer Debuts in NYC
When French-born designer Paul Mayer decided to enter the retail fray for the first time, he picked a spot close to home, on the Upper East Side of Manhattan, for his first Paul Mayer Attitudes store. “Paul and I have been waiting for the right time and place for our first store,” said Jeff Levy, president of Paul Mayer Attitudes. “It all came together when we found our new home on the Upper East Side. We anticipate the Paul Mayer Attitudes store will be a destination shop, bringing in ladies who collect our shoes, as well as attracting new customers. It is an opportunity to expand our special services, offer exclusives and experiment.” The 450-sq.-ft. store features pink walls and black ceiling beams, inspired by the Royal Hawaiian Hotel, which happens to be a favorite of Mayer’s. Clear glass display shelves showcase 150 styles from the designer’s footwear collection. Walls are lined floor to ceiling with Mayer’s pink and black shoeboxes, creating a grid-like display. And so far, Mayer’s commitment to his neighborhood appears to be paying off. “The response has already been overwhelmingly positive,” said Levy.

Reef Surfs the Web
Reef is hopping on the e-commerce wave. The sandal brand introduced e-commerce along with a newly designed website earlier this month. However, Brandon Rich, senior Americas sales manager for the company, said the introduction was done to help retailers of all stripes. “We’ve been exploring e-commerce for some time, and as we continue to invest in categories outside of sandals, such as apparel and closed-toe footwear, we felt that now was the right time,” he said. “Our committed consumers now have the chance to not just view but purchase directly from the entire breadth of our product offering, which is often limited at retail.” For core specialty shops, Rich said the company had developed a new line of products called the Reef Shop Series that is being sold exclusively to core shops to drive business in those stores. “We hope that the newly designed site and e-commerce offering will increase brand interest in the marketplace for everyone.” The new site also features updated photography, customer reviews of product, social media sharing features and a customer loyalty program.